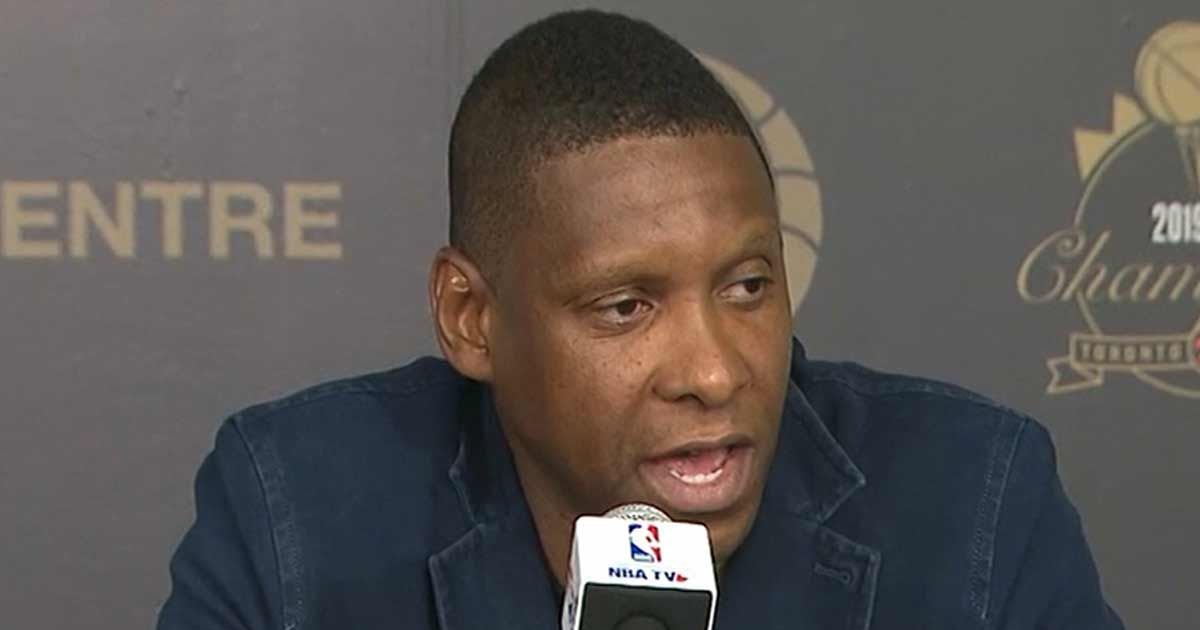 Toronto Raptors president Masai Ujiri is speaking for the first time about an altercation where he allegedly shoved a cop after Game 6 of the NBA Finals … saying, “I respect authority.”

Ujiri is accused of pushing an officer both in the chest AND the face after the cop stopped him from stepping on the court to celebrate Toronto’s championship win earlier this month.

Ujiri didn’t want to get into specifics of the investigation during his press conference Tuesday … but said, “My lawyers are updating me … With that incident, I’m just going to respect what the process is there and the investigation.”

“I am confident about who I am as a person, my character and as a human being.”

Ujiri added, “I honestly am going to leave all my comments until the whole investigation is done. I think that’s the fair way and the right way to operate when things like this do happen.”

“I respect authority and I’ll wait until that happens.”

As we previously reported, the Alameda County Sheriff’s Office says it’s pursuing a criminal misdemeanor battery charge against Ujiri for the altercation.

As for the officer … his attorney tells TMZ Sports the man suffered a concussion and a serious jaw injury — and, as of last week, had yet to return to work.

NBA commish Adam Silver says the league is investigating the incident … and a punishment for Ujiri could be handed down once they have all the facts.