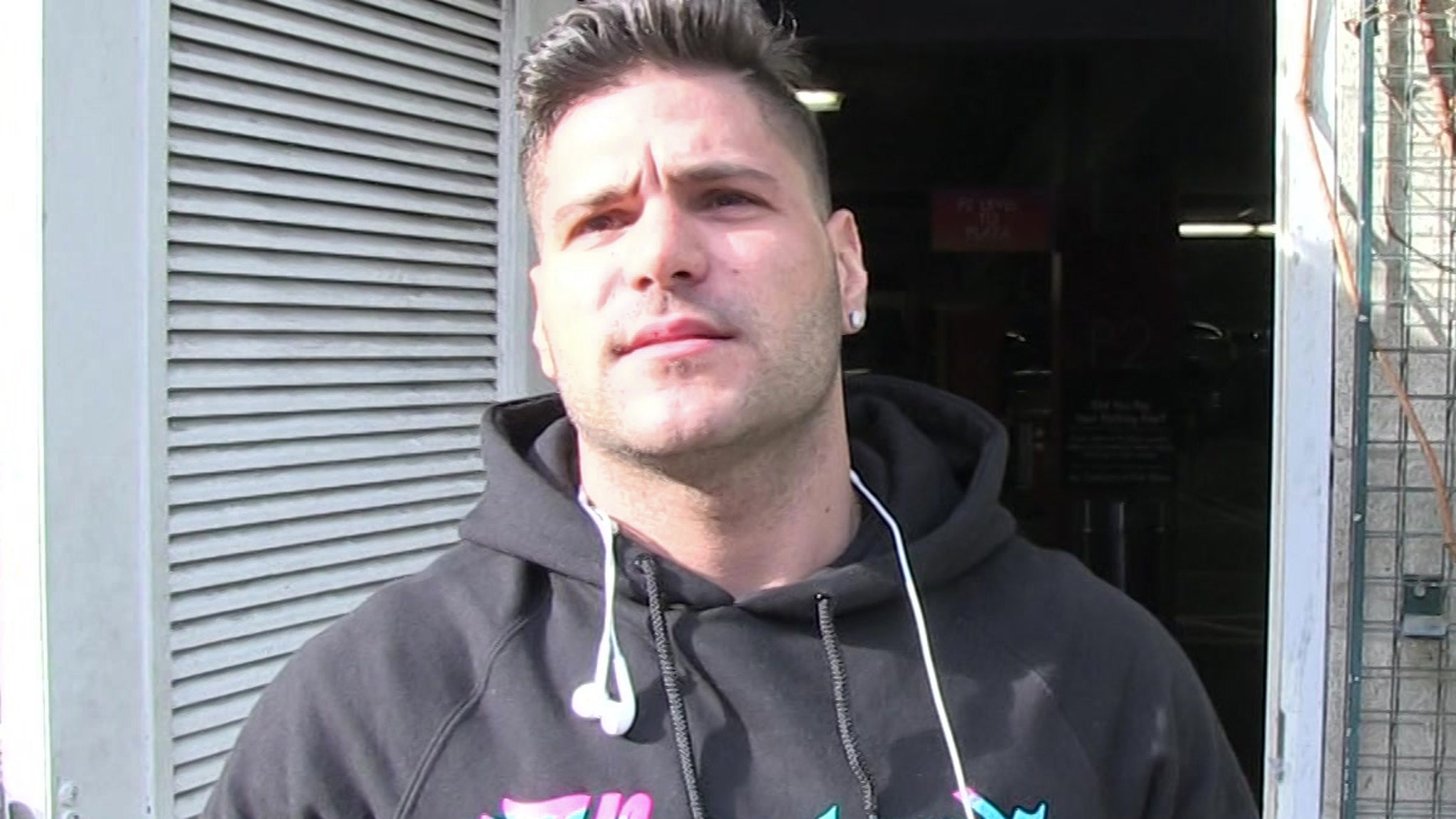 Ronnie Ortiz-Magro has won a battle in his domestic violence case but there’s still a full war to settle.

Prosecutors dropped 2 charges against the ‘Jersey Shore’ star in his domestic violence case with Jen Harley. Ronnie was arrested last October after an explosive fight at their Airbnb in L.A., and faced 7 charges. Now, according to docs obtained by TMZ, prosecutors asked the judge to drop 2 of those charges — brandishing a weapon and criminal threats.

The judge has already signed off on the prosecutor’s request.

A rep for the City Attorney’s Office tells us they amended the complaint based on the evidence. Ronnie’s attorney, Scott Leemon, tells us, “The facts and circumstances relating to the arrest and charging of Ronnie were exaggerated and actually incorrect.”

He went on to say, “The City’s Attorney agreed with us and dismissed 2 of the pending charges against Ronnie. They agreed that these allegations were baseless and made up. We are hoping further investigation will yield similar results.”

As we reported … Jen alleged she suffered bruises and scrapes during an altercation with Ronnie that resulted in cops busting through the door and Tasing him before slapping cuffs on him and wheeling him out on a gurney.

He later pled not guilty to 7 misdemeanors — domestic violence, child endangerment, brandishing a weapon, criminal threats, false imprisonment [of Jen] and 2 counts of resisting arrest. It’s now down to 5 misdemeanors.

The news comes less than a month after cops in Vegas recommended Jen be charged for allegedly attacking Ronnie with eyeliner. Prosecutors have yet to make a decision in that case.