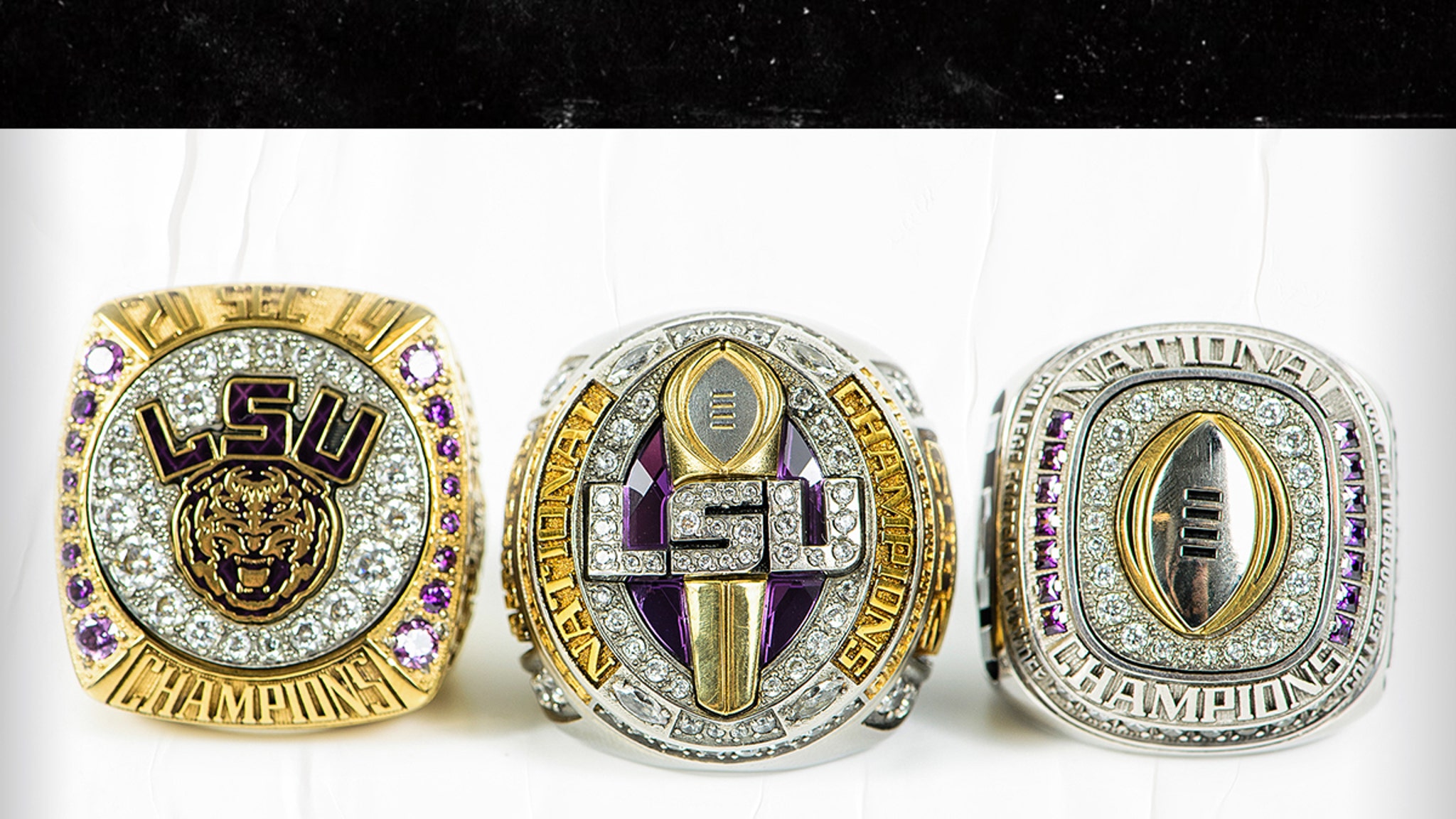 Huge day for the national champs … the LSU Tigers just debuted their 3 title rings from the 2019 season … and they’re HUGE!!!

The program handed out the hardware in gold-plated cases on Tuesday … and the players were naturally thrilled to show off their bling.

LSU says team staffers worked with 4 players — Joe Burrow, Clyde Edwards-Helaire, Lloyd Cushenberry III, and Rashard Lawrence — to come up with the designs … and their creations turned out AWESOME.

The best ring of all?? LSU’s national title ring … which has white-gold LSU stones on top of a yellow-gold design of the trophy with purple stones behind it.

The ring also features Tiger Stadium and the state of Louisiana on the sides … and the words “LSU standard of performance” etched on the inside.

Rings Fit For The Best Ever

One Team. One Heartbeat. pic.twitter.com/LoCDyA7m7U

Get this — Derek Ponamsky, the special assistant to Ed Orgeron, said the head coach had just one demand when the team designed the rings … saying, “I want a badass ring.”