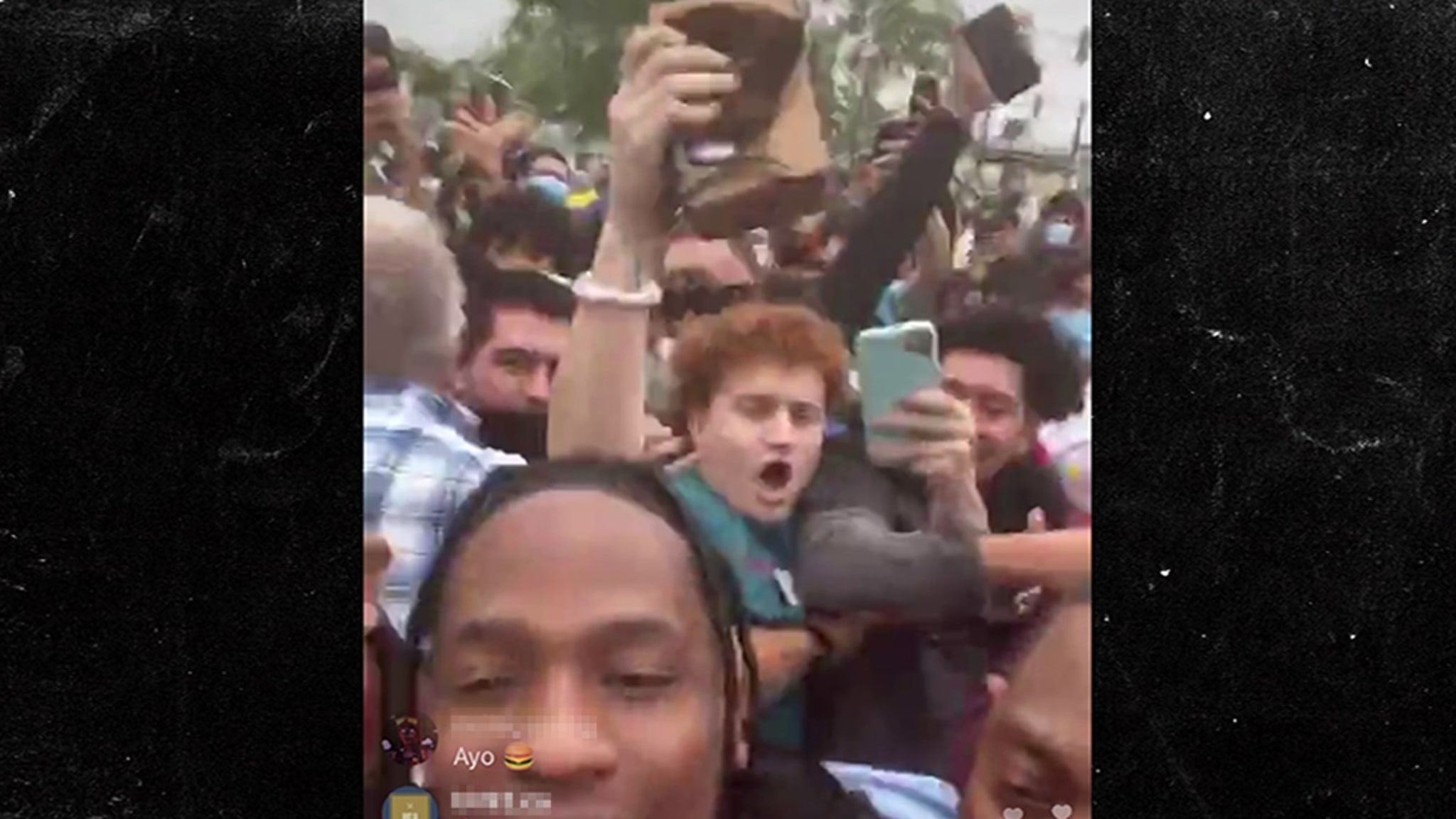 Travis Scott made a McDonald’s look like one of his concerts … he got mobbed by a huge throng of fans waiting in line to get his new fast food combo meal.

The rapper stopped by a Mickey D’s in Downey, CA Tuesday to celebrate the release of the Travis Scott Meal, and ya gotta see the video — people went absolutely bonkers.

Travis left his red sports car and grabbed a McDonald’s employee’s shirt on his way over to the huge line of people, but folks broke past the barricades and swarmed … sending TS running for cover.

In a split second, social distancing and mask-wearing went out the window … and all Travis did was show up and show love.

Maybe Cactus Jack’s combo meal can calm these folks down … it comes with a Quarter Pounder with cheese topped with bacon and lettuce, plus medium fries with barbecue dipping sauce and a Sprite.

BTW … Travis is the first celeb to get his name on a McDonald’s meal since Michael Jordan and the McJordan burger way back in 1992 … no wonder fans are making such a big fuss.