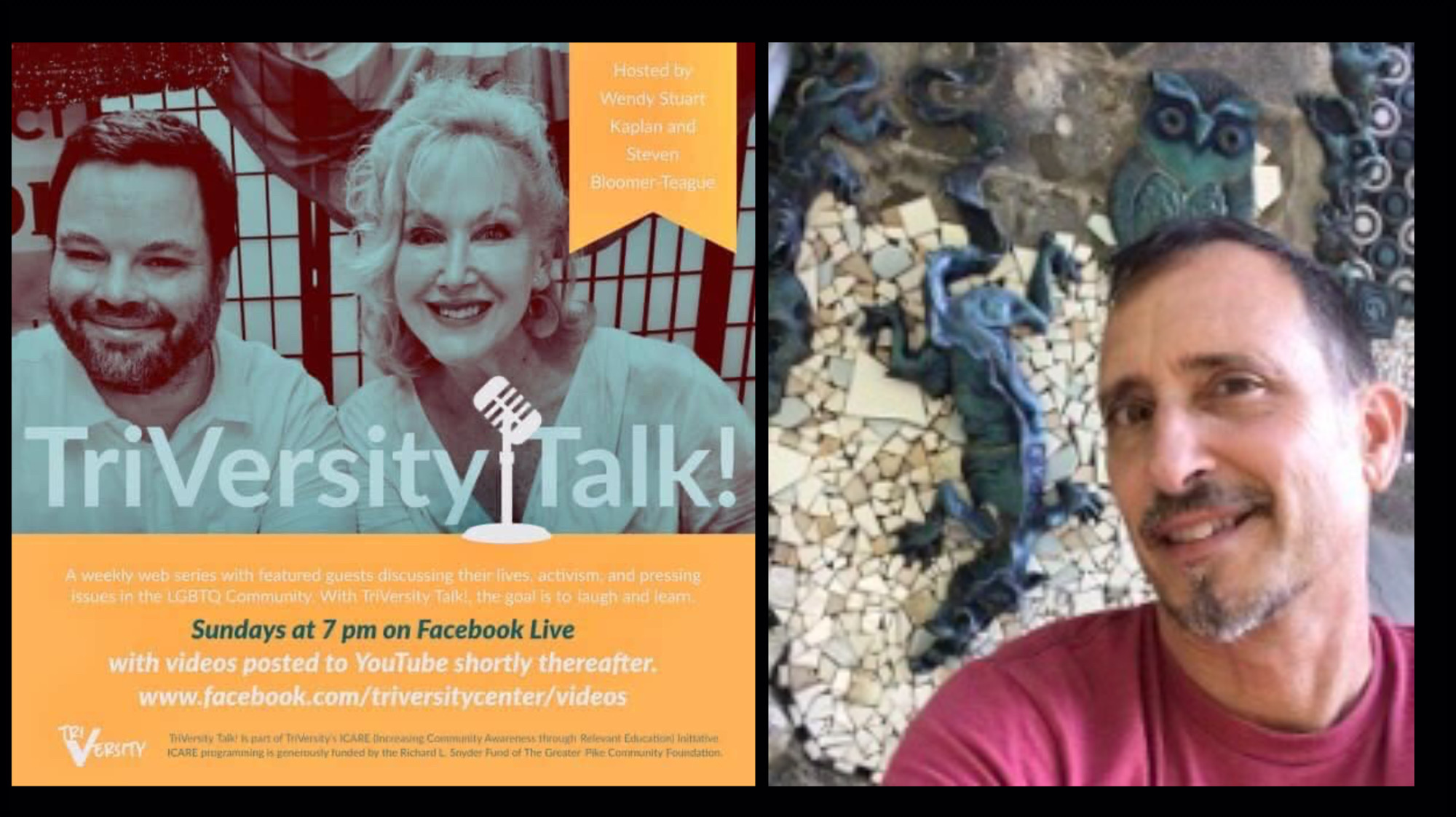 Ricky Boscarino,  aka: Ricky of Luna Parc has been creating art since birth. Being Born into a lineage of Italian artisans he acquired hand working skills in crafts and art at a very young age. Being that he learned to use a jigsaw at age 7 he began his pursuit of art since.

A graduate of the Rhode Island School of Design, Ricky was propelled to create jewelry, ceramic art, metal sculpture and painting. His greatest work in progress is his home which he calls Luna Parc, named after an amusement park in Rome, Italy.

Luna Parc began in 1989 when Ricky purchased a dilapidated house on 6 acres of forest in northwest New Jersey. Luna Parc is now in it’s 31st year and continues to expand. The original 600 square foot cabin now has grown to 5000 square feet and is now a museum of art, oddities and artifacts from Ricky’s worldwide travels. Mix media sculptures can be seen thought the grounds.

In 2015 Ricky established a Non-profit foundation whose mission is Art Education and to sponsor art students to live at Luna Parc for short internships.  Ricky’s work can be viewed and purchased at www.lunaparc.com. The Luna Parc Atelier Foundation non-profit website is www.lunaparcfoundation.org

TriVersity Talk is a weekly web series with featured guests discussing their lives, activism and pressing issues in the LGBTQ Community. With TriVersity Talk!, the goal is to laugh and learn.

Wendy Stuart Kaplan has over 40 years working as an activist in the LGBTQ Community and is a co-founder of TriVersity.

The official website for the TriVersity Center may be found at https://www.triversitycenter.org