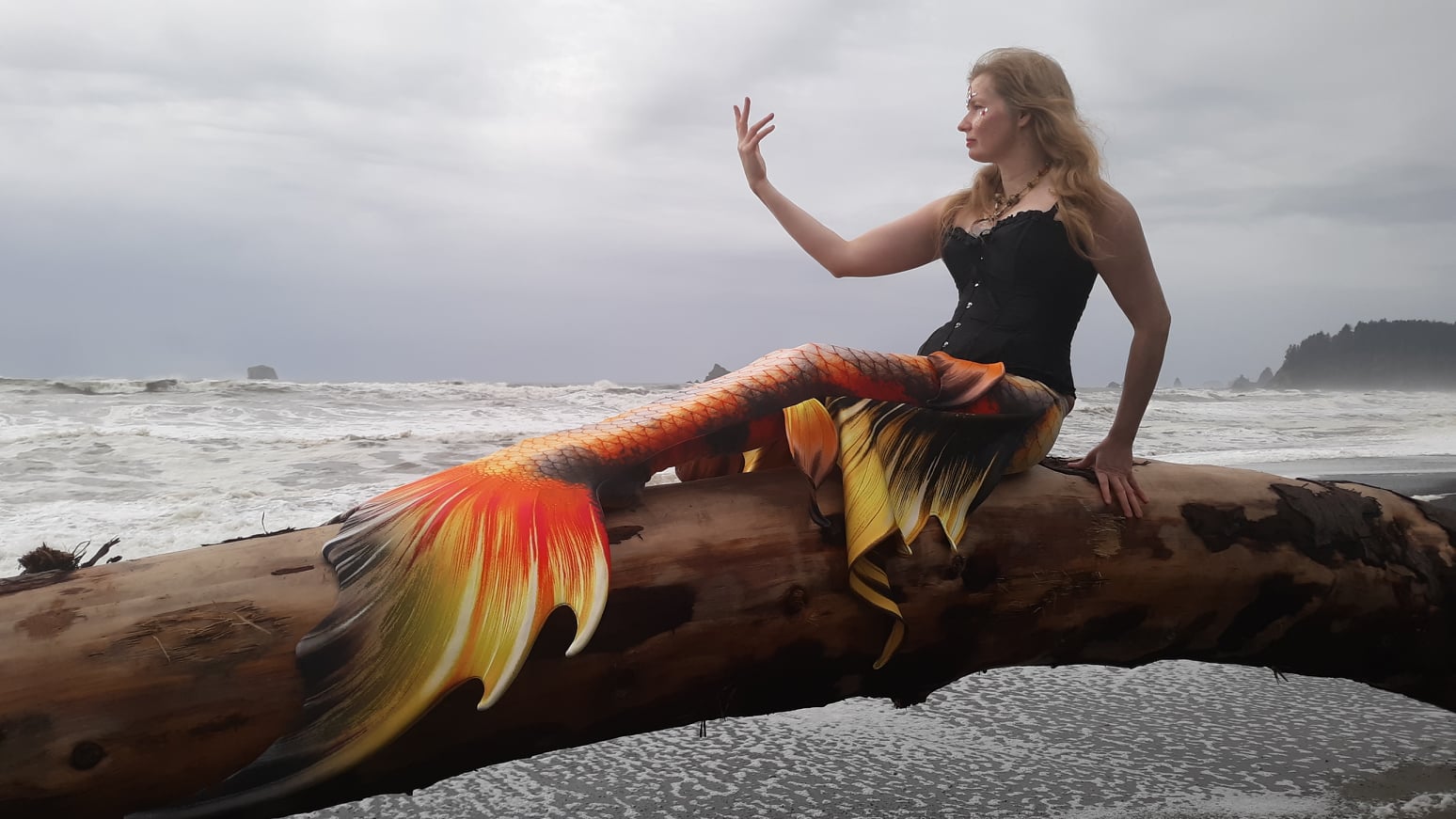 (POULSBO, WA.) “MERMAID – A DREAM MADE REAL” is a 150 page picture book featuring professional Mermaid Aura Stiers “The Swashbuckling Mermaid” based out of Poulsbo, WA.

THE SWASHBUCKLING MERMAID: Mermaid Aura is also nicknamed The Swashbuckling Mermaid as she is a SCA Rapier fighter who enjoys a good melee every now and then.

THE BOOK This stunning 150 page collection showcases over 500 separate photographs via 20 separate photoshoots at 20 separate geographical locations around Western Washington. The book also features a plethora of poems and short stories written personally by Mermaid Aura. The project itself took 3 years to complete (2018 – 2021) and was produced jointly by Cyrus Rhodes, who took the majority of the photographs and co-produced Mermaid Aura.  In a recent interview Mermaid Aura cited the recent COVID 19 epidemic was a major inspiration that led her out of the house to explore the scenic beauty of Western Washington.

THE PHOTO SHOOT LOCATIONS All photoshoots took place in various locations along Western Washington. One of the shoots took place onboard the Lady Washinton a historical clipper ship based in Aberdeen, WA. The book really showcases the epic beauty of Washinton State. Below are just some of the locations featured in the book:

THE TAILS – The Mermaid tails used were made exclusively by MERTAILOR based in Florida. These tails can be used both in the water and on dry land. Mermaid Aura personally owns 20+ tails.

More information about Mermaid Aura Stiers “The Swashbuckling Mermaid” can be found vie the below links:

Anyone that wises to purchase a book can contact her agent Cyrus Rhodes @ RAPIDFIRE PR as supplies last. The book will be made for sale on Amazon sometime in the very near future.