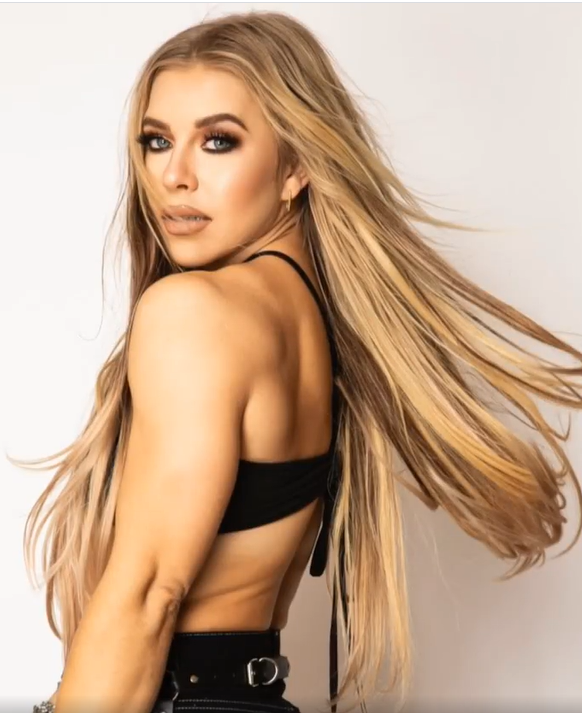 Maggie Szabo knows what she’s doing. Her new single “My Oh My” bursts with exciting pop energy, carried by her strong sultry voice that glides easily over the music. She has the kind of voice that makes you think “how has she not blown up yet?!” Her music is more than radio-worthy, and “My Oh My” is going to be excellent for summer playlists. The tinkling chimes at the beginning give way to up-beat drums and Szabo’s enchanting vocals, bursting open at the chorus, giving you the feeling of whizzing down the highway with the windows all the way down.

The Canadian-native-turned-LA-resident can not only sing, she can dance, has a sense of style, and has a powerful drive. “My Oh My” is hot on the heels of Szabo’s last single, “Sail Away,” which made it onto multiple Spotify editorial playlists. She also recently released another single “Worth The Weight,” which was exclusively premiered by Rolling Stone India, with a video made by CelebMix. Fans have been taking notice in a huge way; she’s been streamed over 20 million times on Spotify alone and has amassed a following of over 60k followers on Instagram. Muzique Magazine put Szabo on the top of their list of Female Artists Ready To Breakout in 2021, and Perez Hilton said he believes she could be the next big star in pop music.

The video for “My Oh My” reminded me of the early 2000s; Britney, Christina, Shakira. Maggie Szabo has perfected that deep smokey stare to draw you in to her every movement, and she doesn’t lose the rhythm for a second. Most of the music video focuses on Szabo and two other dancers, making it feel like a small performance you happened to stumble on. Intimate and fun, you’ll find yourself wanting to dance along beside them. While the video doesn’t look crazy high-budget, it feels polished and engaging.

Maggie Szabo uses her platform to fight for social justice,teaming up with the Trans Chorus of Los Angeles and releasing a powerful single called “Don’t Give Up,” dedicated to trans youth. These young people unfortunately live in constant fear and suffer through exclusion and rejection. The song was premiered by Billboard, and all the proceeds were donated to help homeless LGBQT+ youth. Szabo is quoted as saying “People are people, love is love. Society needs to stand up.” Through this she shows that she’s not just a shiny new pop diva, but also a human being with some substance.

While Maggie Szabo isn’t brand-new to the music world, this year could finally be the year she gets the recognition she deserves. She’s the featured vocalist on German artist DJ Schiller’s album, which topped charts in Germany, and her song “Home” with DJ Madison Mars hit Billboard’s top 40. Her song “Love is Free” was handpicked by Jennifer Hudson on The Voice, to be performed by Kennedy Holmes. She already has a handful of gems to listen to on Spotify, Soundcloud, or Youtube, so you can start listening now and try to snag some indie cred before she blows up. Szabo has slowly but surely been gaining momentum and I think we’re going to be hearing her name a whole lot more in the coming months.