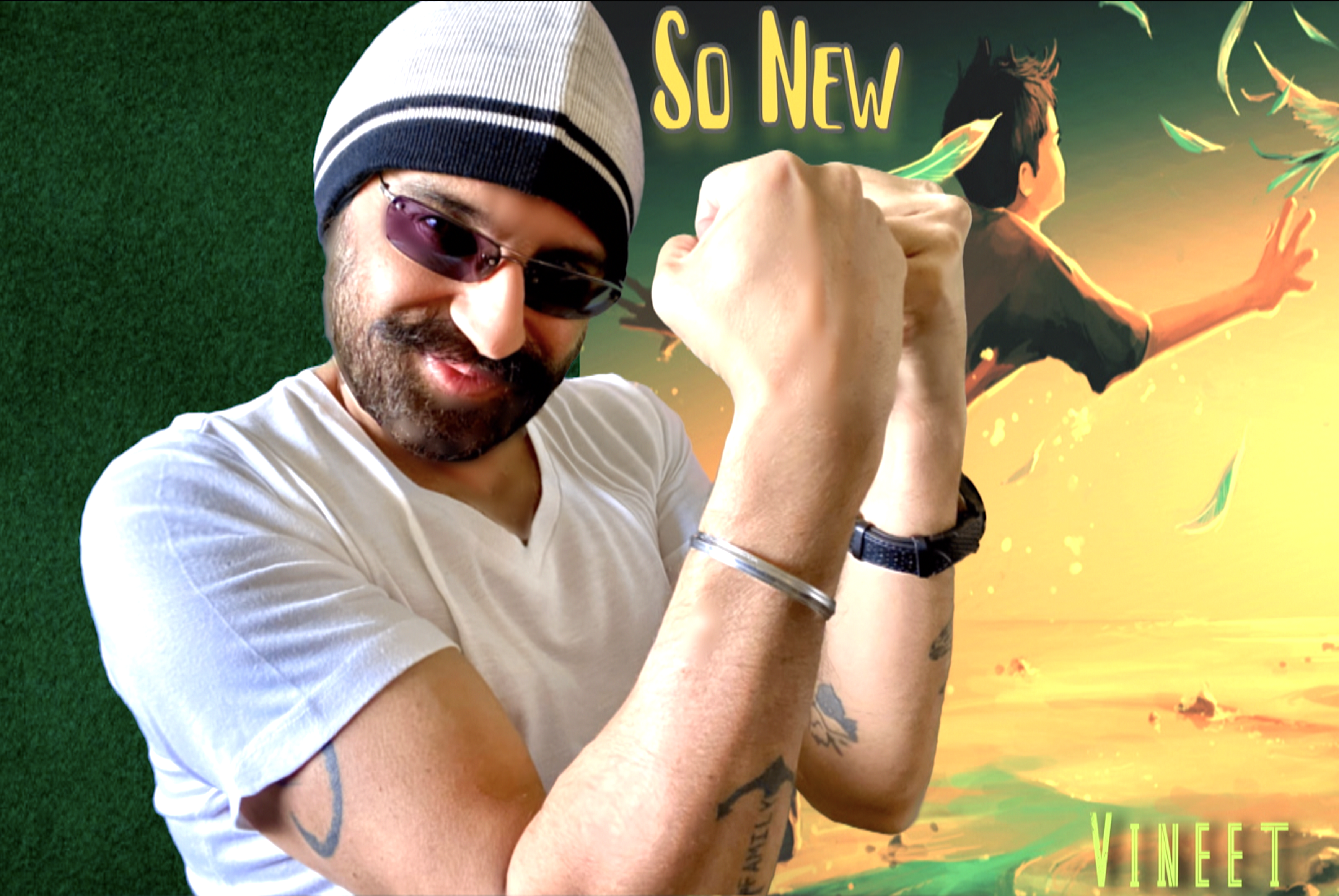 Rock Radio seems to love your single ‘Jab The World’. How did this happen?

My agent Martin Langford inspired me to do a happy dance rock song with a message. The most optimistic thing to happen to the world in the pandemic is a ‘vaccine’. I imagined a future world where there is a vaccine that cures ‘hate’ and that’s how ‘Jab the world’ was born. Rock radio Stations have loved the message and the happy dance classic rock vibe. As per the DRT airplay monitoring report the song has been heard cumulatively by over 27 Million listeners worldwide on radio! The growth on spotify, apple and youtube has resulted from great radio airplay. The icing is that Jab The World has become the 8th most played song on US radio on the DRT TOP 50 ROCK RADIO charts alongside legends like ACDC, Foo Fighters, Green Day, Kings of Leon and newer star acts like Imagine Dragons

What is SO NEW about? Is it based on your own life?

SO NEW is about a state of mind of moving from feeling ‘so screwed’ to ‘so new’. It’s not about any particular incident in my life but a few of them which screwed me over. This happens to everyone. You need to be yanked out of that negative space and get back to feeling new again. Sometimes it’s a simple thing like taking a deep breath, having a beer an ice cream a chocolate that brings the hope and optimism back and you learn to say YES to life and NO to the crap around you. SO NEW is a happy upbeat song bound to make you feel bouncy!

What drives you to work so hard to chart consistently in the US & Europe?

I have begun my journey of radio and charting in the second half of 2020 and a professional agent always helps you decipher what the market needs. My agent Martin has been instrumental in helping me make music with repeat listening value and present the same to genre / format based radio stations all over the world. I have been able to devote more time to creating a single every 45 days. Last year my song ‘MASK” was submitted in consideration for a Grammy by Grammy jury member Mr. Stephen Wrench. He gave me a lot of confidence on the potential of my music. Charting is great motivation as you know more and more radio stations are playing your song and that helps digital streaming stats grow too!

Can musicians break even on their releases given that there are no gigs?

It all depends on what you spend to create a song in the first place. If you produce your songs yourself in your own home studio, you are likely to spend far lesser on them. If you focus on the audio and not spend too much on a music video, chances are far higher in recovery of your money through royalties. If you have an agent on a ‘revenue sharing’ basis versus someone who charges you a fixed monthly fee, it is easier to break even on a song. Focusing on radio air play and sync placement is the best option to make money. However gigs will be back soon and nothing can replace ‘gig earnings’.

What are you first? A producer, song writer or a singer and why?

I am first a song writer, then a producer and then a singer. I am able to handle things more rationally in this manner. I write for a genre. Produce music so that ‘groove’ , ‘sound’ and ‘design’ come first. Only then I am a singer and I have learnt to ‘integrate’ into the music rather than let my ‘singer ego’ make me want to stand out at the expense of the song.

They call you the ‘mini music factory’ what’s the rest of the year going to be like?

After SO NEW, I have this party song for which I am learning some Spanish! I am also taking some vocal coaching in Hip Hop as I want to try out for that genre too this year. I’m also working on a most bizarre love song and a funk rock song. If all goes well as planned I’ll probably have an album out towards the end of 2021, the lead single of which is being planned right now