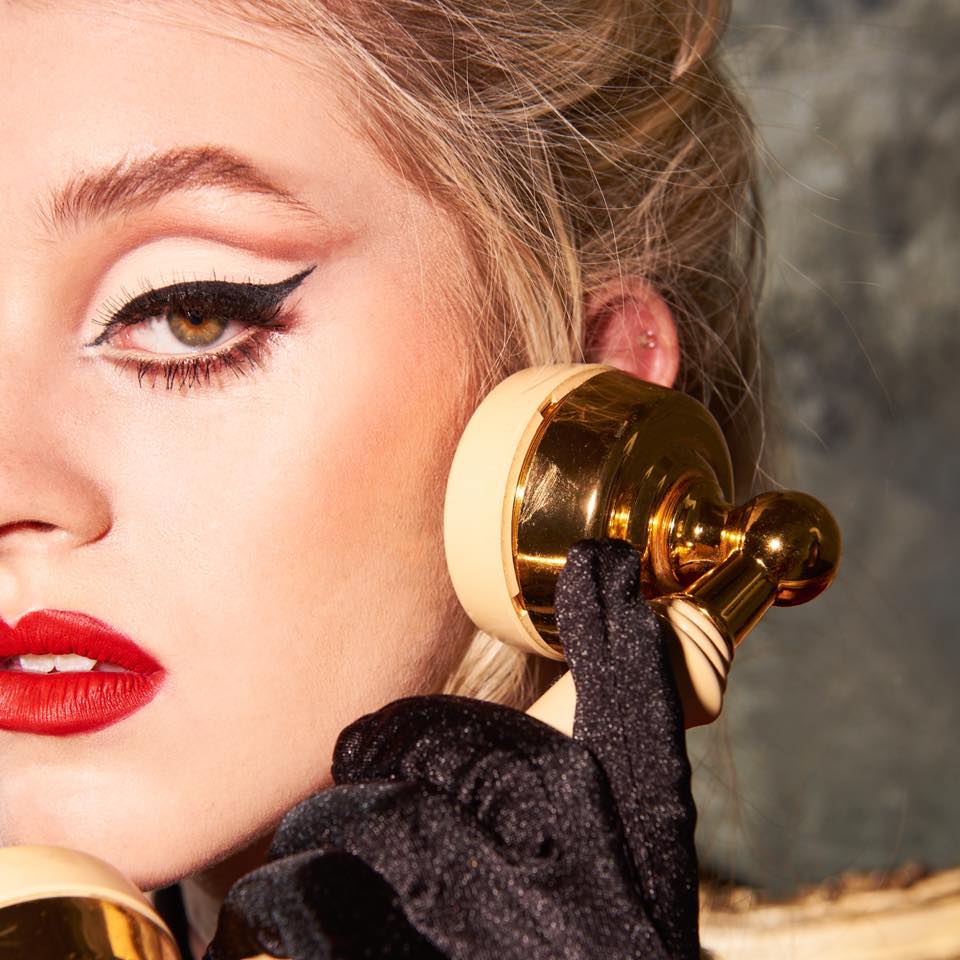 What does the new song “Trouble” from newcomer Ashley Suppa have to do with the band KISS? It might be a stretch, but you can say that Suppa got her start singing backup on one the legendary “Detroit Rock City” and “Beth” rocker’s solo albums. That was when she was 6. Now, at 18, Suppa is forging her path into the pop scene with “Trouble”. I’m sure Ace Frehley got into some trouble in his heydays – and Suppa is getting to enjoy being in trouble now. Listeners will too – “Trouble” is the good kind to get yourself mixed up into.

Suppa, who is based in New York City, catches the ear with this stunner. “Trouble” is from her heart and exposes her innermost thoughts. The lyrics are what you might expect from a teenager – to the point and short. Suppa, whose father, Mike, a guitarist that has appeared on several Ace Frehley records and has performed with numerous rockers from bands like Quiet Riot, Deep Purple and more, muses over the idea of being ‘trouble’ in a relationship. It’s her fault and she’s feeling deeply uncertain about it all. She croons through the feelings, cruising over the lyrics and words like a surfer riding a killer wave.

“Trouble” is from her forthcoming EP (untitled at the time of press). Suppa worked with Grammy-nominated producer, Alex Salzman, on the project. I can only surmise that Suppa arrived at the studio with a clear vision. She’s a student of her craft and at 15, conquered the necessary programs to sculpt the sound she sought. Like any good producer and artist, the synergy between these two is captured and honed. I think because Salzman has such a diverse roster, he’s worked with everything from heavy metal to classical to Christmas, he’s able to give Suppa the support and confidence. She tells her truth, and she sings with the whole world at her fingertips. One never suspects she’s really in that much trouble or hurt – the music stewing below is animated and sprawling. The tones are giddy-up like – motivating. Like most teenagers, she probably doesn’t want to sit in her bedroom much longer than she has to and wants to be a part of the limelight. A part of the action. I thought the music reflects that – still there’s a piece of me that thinks she’s hesitating with this relationship because she can’t be who people expect her to be.

So who is she? Who is this interesting and newbie Ashley Suppa? She’s one intriguing artist with an extraordinary gift of creating a pop song with so much to bite into. “Trouble” has a humbleness, and Suppa defines her sound. Not many artists can do that with their debut single. Right out of the gate she sets a high bar for herself. Someone of her caliber, of her talents will be unveiling more songs this summer, no doubt. “Trouble” is definitely in order to move to the top of your listening list. Kudos to Ashley Suppa. “Trouble” is the kind of fun worth getting into!