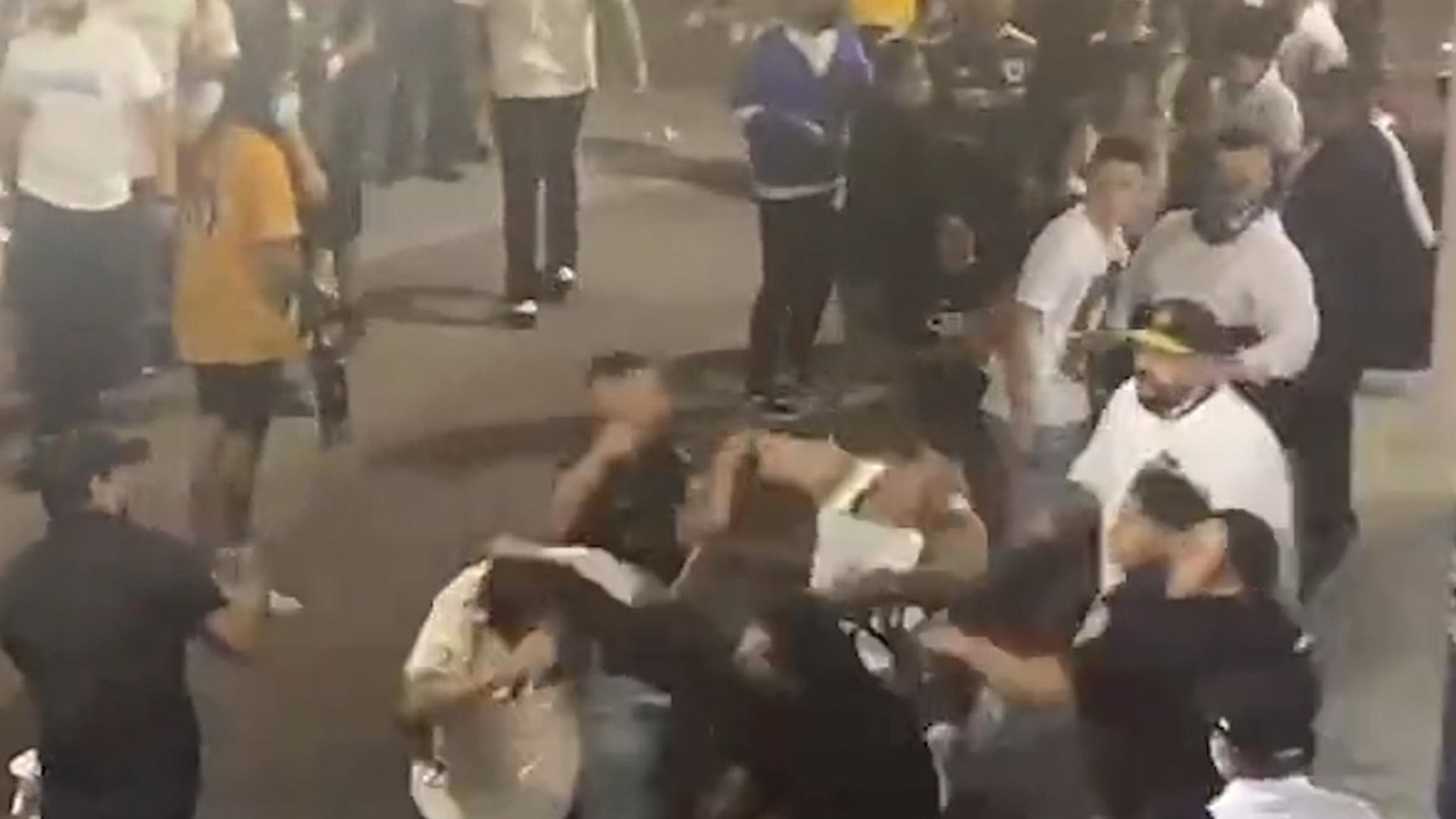 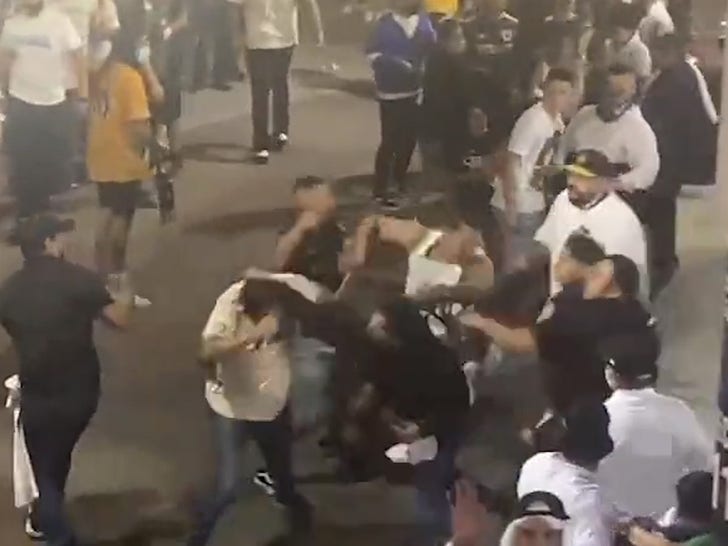 Dozens of LA Galaxy and LAFC supporters were involved in a wild melee following the two teams’ rivalry game Sunday … and the entire, violent incident was caught on video.

A bystander captured the chaos at Dignity Health Sports Park in Los Angeles following the Galaxy’s 1-1 draw with LAFC … and you can see in the footage, multiple people threw and landed huge punches and kicks.

It’s unclear what set off the altercation … but even with security guards and what appears to be police officers present — fans still tried to beat the hell out of each other.

In the two-minute clip, you can see several people were punched in the face, while others were kicked hard on the ground.

According to witnesses, multiple people suffered injuries in the fracas. Meanwhile, it’s unclear if any arrests were made — we’ve reached out to law enforcement, but so far, no word back yet.

We’ve also reached out to Galaxy for a comment, but no word back there yet either.