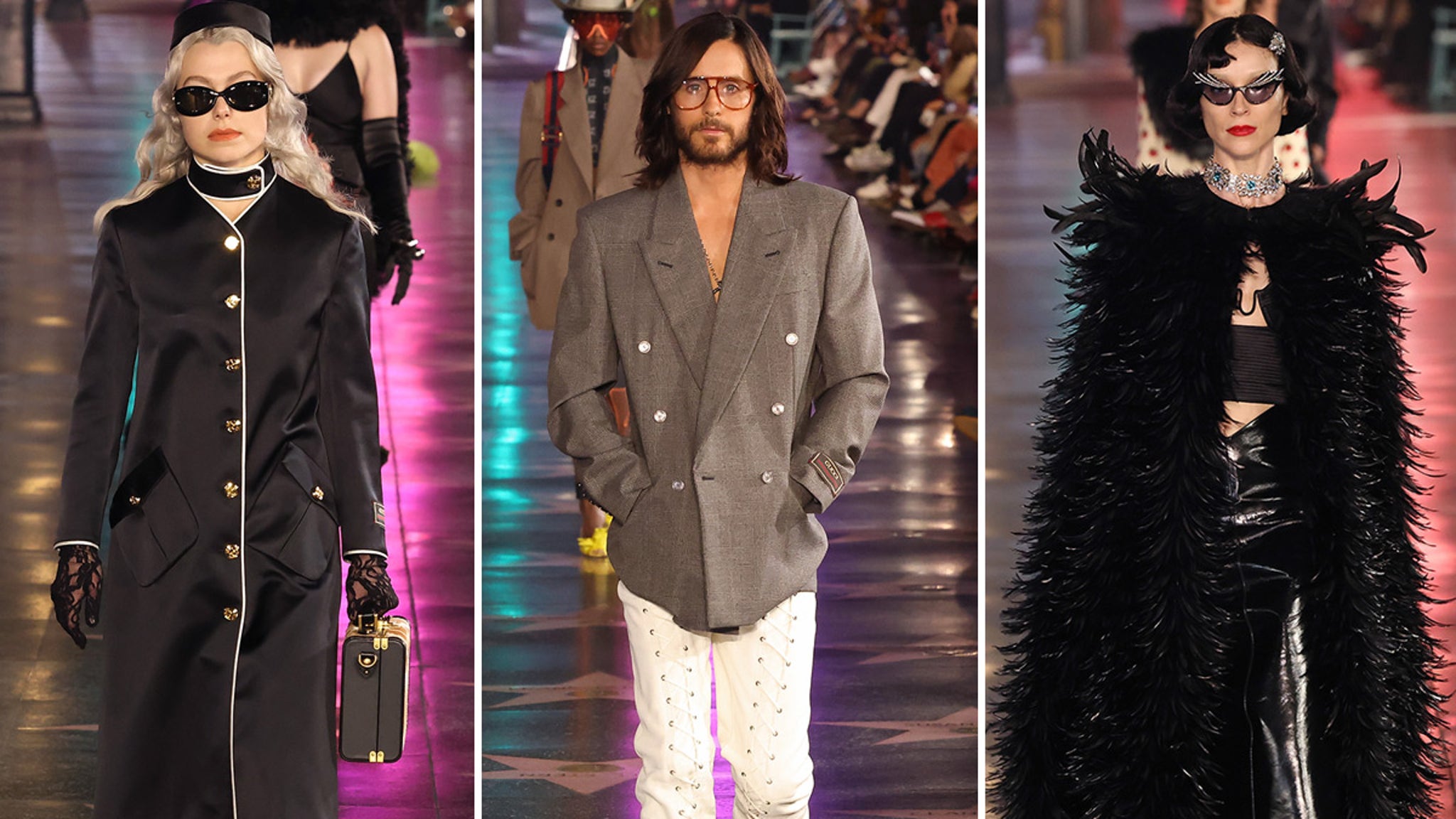 Some of L.A.’s biggest stars walked the runway for Gucci — on Hollywood Blvd., no less — but even more of them were front and center to watch ’em step in the name of fashion.

A gaggle of A-listers showed up en masse Tuesday to take in the Gucci Love Parade fashion show … which actually topped some of the industry’s top talent (movie and music-wise, that is) to model their getups — including people like Jared Leto, Macaulay Culkin, Phoebe Bridgers and others.

Based on these photos of them cruising on stars along the Hollywood Walk of Fame … you might say they were natural fits, and very much so in their element.

There were other hotshots who were on the sidelines watching — including Salma Hayek, Lizzo, Miley Cyrus, Gwyneth Paltrow and Billie Eilish, among others.

The whole theme for this show, BTW, is the “dream factory” that is Tinseltown … and the outfits reflect that. Very colorful and pretty dreamy at first glance — especially when seen on some of the most famous faces around.

Keep shooting for the stars, kids!