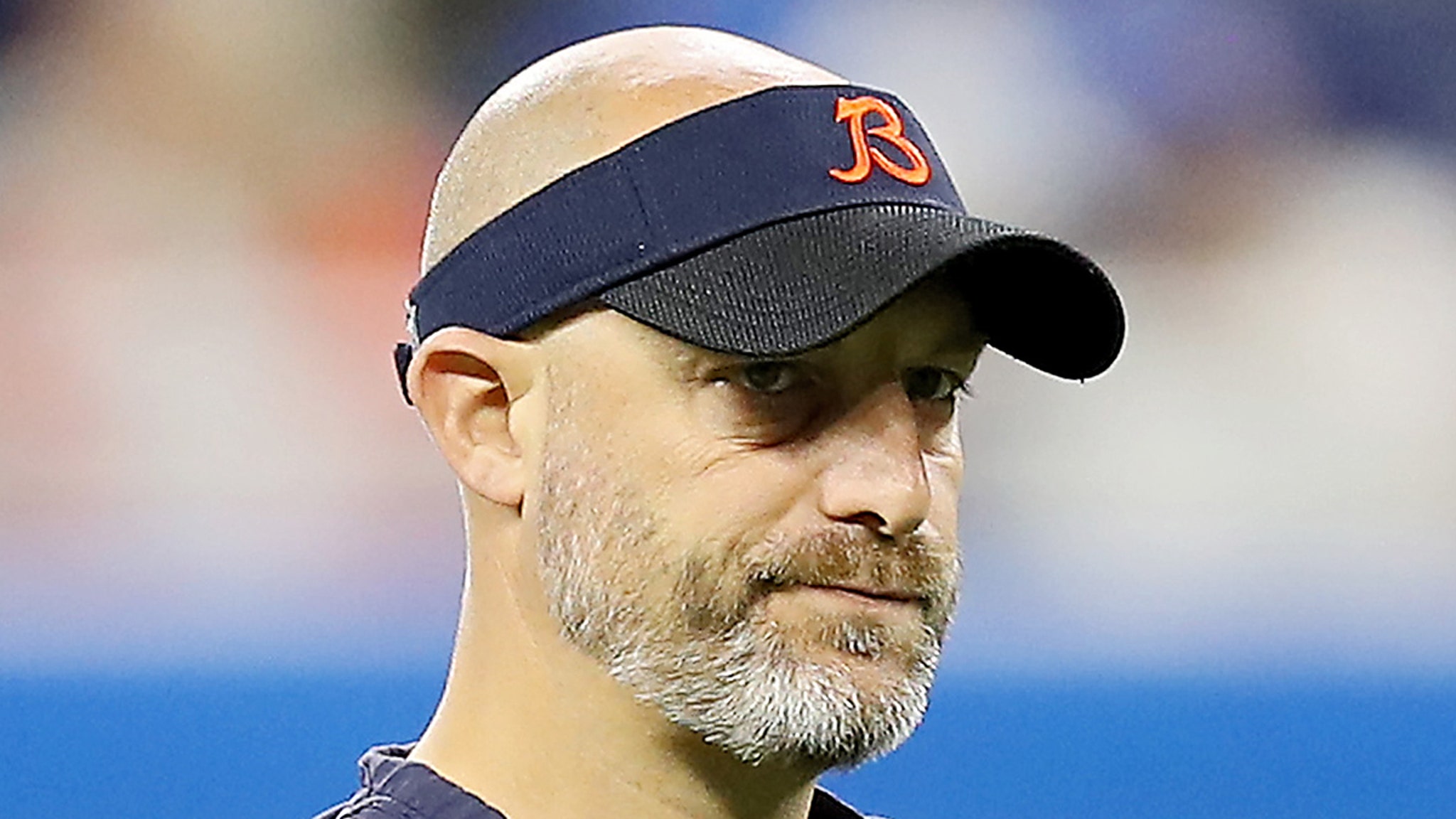 Chicago Bears head coach Matt Nagy can’t catch a break … ’cause even after winning a game on Thanksgiving Day, fans in his own backyard still want him gone.

It all went down Monday night — Notre Dame was trailing Illinois in the second half of action when “Fire Nagy” chants broke out from the packed fans in attendance.

This has gotta be tough for Nagy, considering he just picked up a win against division-rival Detroit … right as rumors of his impending firing were making waves.

Of course, this isn’t the first time we’ve seen fans voice their displeasure with the Bears play-caller — chants of “Fire Nagy” erupted as the Bears lost a last-minute thriller to the Ravens a few weeks ago.

On top of that, an Illinois high school recently apologized to Nagy after “Fire Nagy” chants were directed towards him … as he was in attendance to watch his son’s high school football game.

Below is a statement regarding the recent Cary-Grove vs. Lake Forest 6A high school football game: pic.twitter.com/cUjUfJduDk

Nagy — now in his fourth season as coach — has been in the direct line of fire from fans across all sports in the state of Illinois this season … and it’s clear even coming up victorious can’t make it stop.

Lamar Odom Calls Tristan Thompson ‘Corny’ for What He Did to Khloe
Britney Spears Says She Got So Sick She Thought She Might Die, Rips Sister
Machine Gun Kelly and Megan Fox Are Engaged
Xiran Jay Zhao Auctions Signed Book They Sat On and Raises Over $1,000
‘SNL’ Biden Tells Americans ‘Spider-Man’ Causes COVID