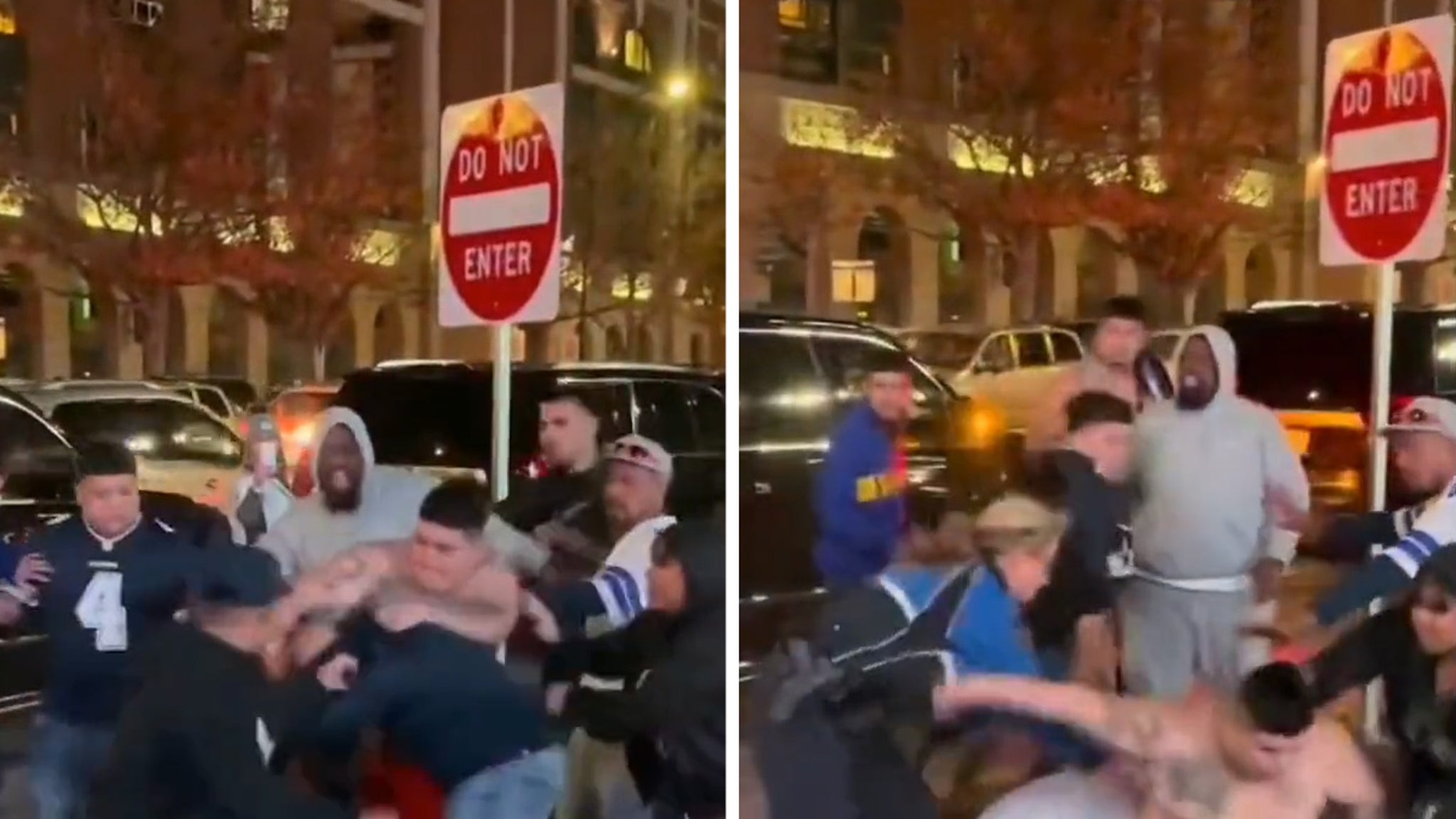 Minutes after the Cowboys and 49ers fought it out on the field … their fans duked it out outside of the stadium, getting into a wild brawl that actually spilled into a flower bed.

The scene appeared to go down yards away from AT&T Stadium following the two teams’ Wild Card matchup … when a swarm of Dallas fans got into it with what looked like Niners supporters.

Some Dallas Cowboys fans mad asl after their loss 😩😭 pic.twitter.com/fJYZOGLSiP

At least half a dozen people were involved in the melee … which was so chaotic, the action ended up in some flowers and shrubs near a busy street.

You can see in footage filmed by bystanders, fans threw wild kicks and punches, all while people screamed for help.

And we got fights pic.twitter.com/5ructCBBYm

Eventually, nearby officers raced into the scene to break the fight up. It’s unclear if any arrests were made, we reached out to cops, but so far, no word back yet.

#Cowboys fans throwing things at their own players. Got this sent to me by one. Be better fans wow! pic.twitter.com/mlVttbFlpg

The fracas capped off a horrible day for Cowboys fans in Dallas … as the team was so underwhelming in their 23-17 loss to S.F., players were pelted by trash following the defeat.