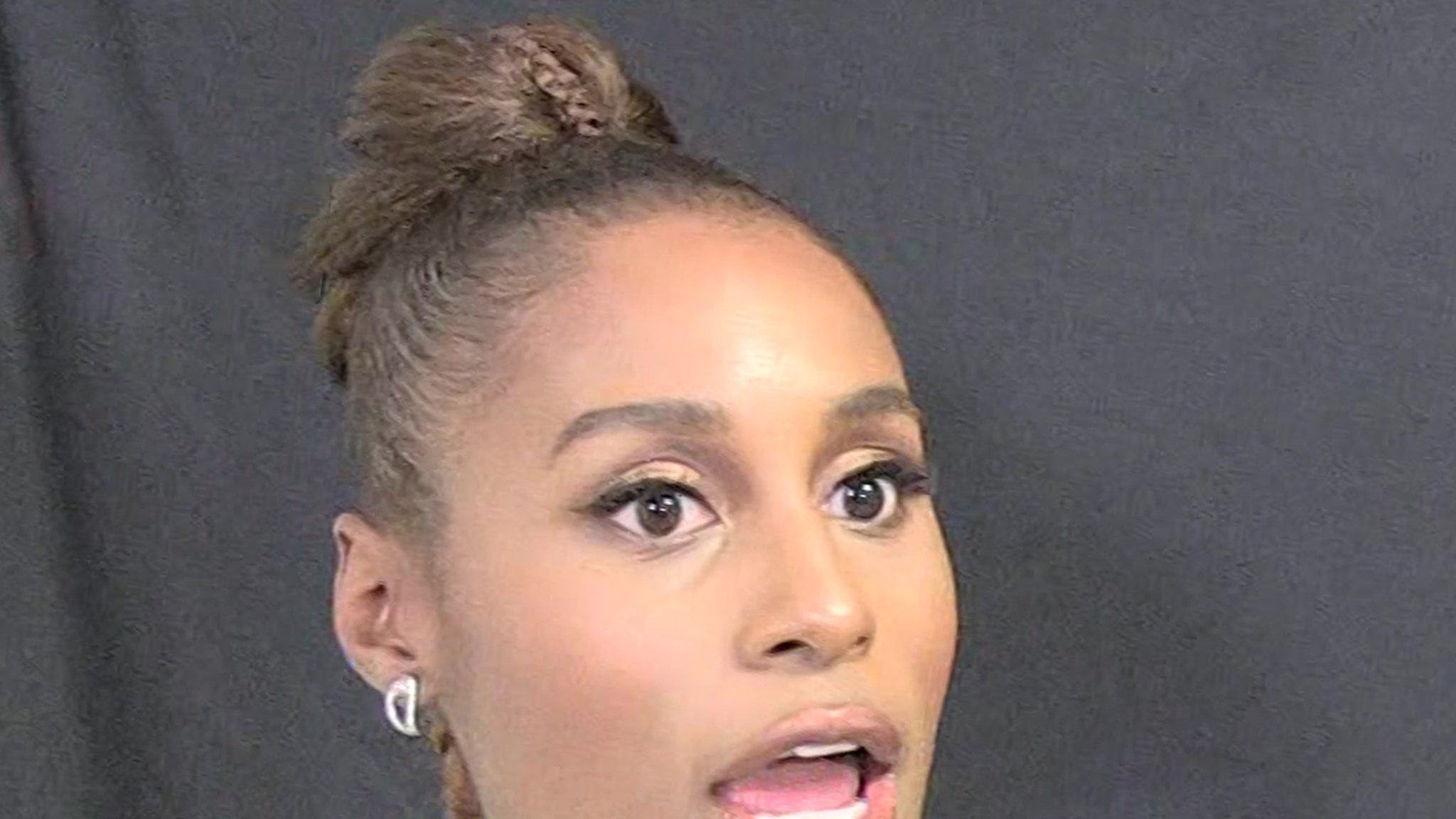 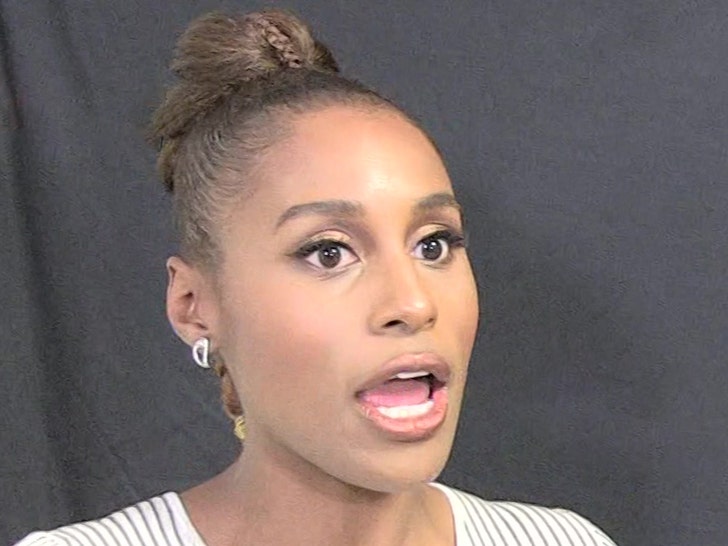 Issa Rae is shutting down any chatter about her being preggers, and as you’d expect … she’s doing it in the most hilarious way.

The “Insecure” creator and star addressed a new rumor circulating for the past week — namely that Issa is expecting her first child. Now, this is based purely on a video of her where folks apparently thought they saw evidence she had a bun in the oven. 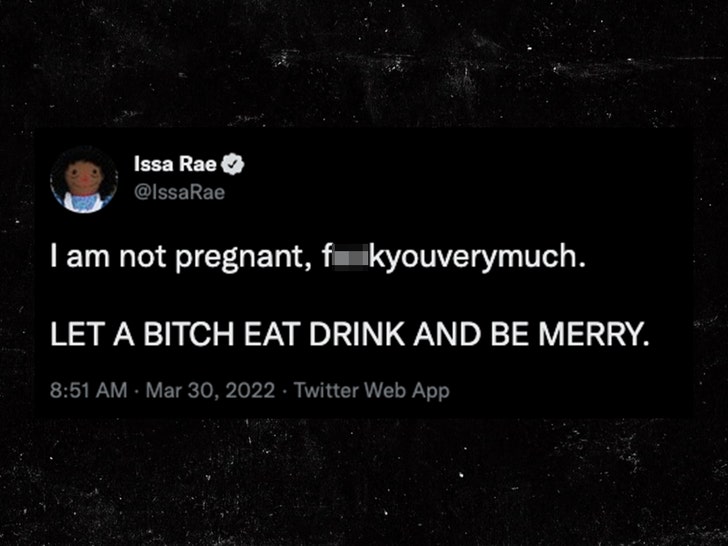 Welp, IR is finally weighing in, saying … “I am not pregnant, f**kyouverymuch.” For extra emphasis, she added … “LET A BITCH EAT DRINK AND BE MERRY.”

The clip in question was shot last Friday at the Kennedy Center in D.C., where she was hosting a festival touting Black creatives.

She was definitely in a celebratory mood — dancing and embracing a friend — and perhaps that spurred people to connect dots that weren’t really there. Some commented her stomach seemed to be poppin’ … but those folks were dead wrong, and Issa’s now put ’em in their place. 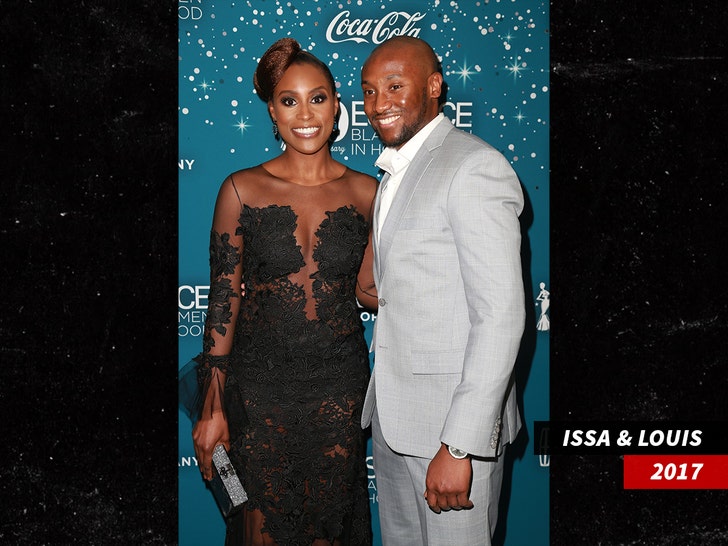 She did just marry her longtime BF, Louis Diame, last year … so maybe people thought there was something to that as well.

Sorry, but in Issa’s words … ain’t nothing going on here, but lunch!