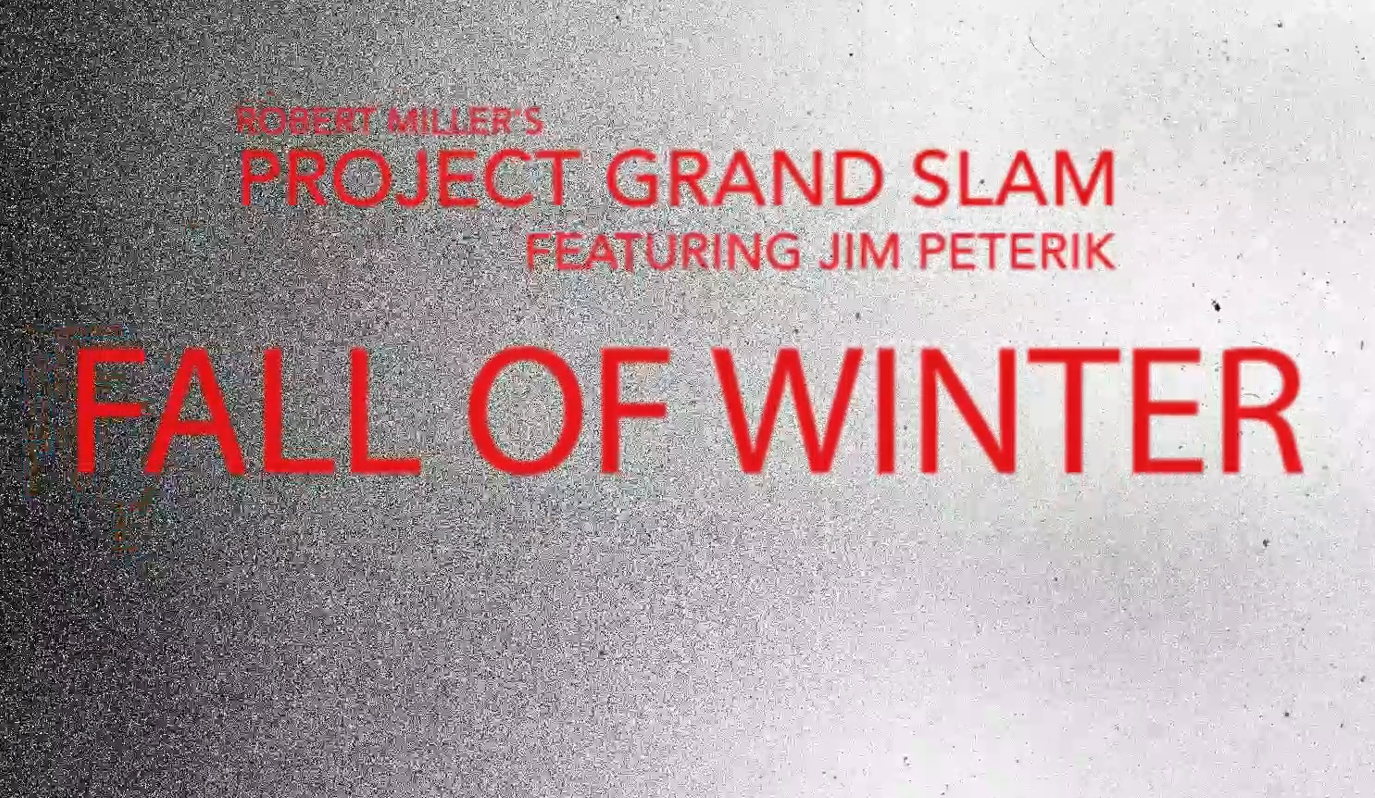 Project Grand Slam’s run as one of the best all-around bands working today, regardless of genre, has flown under the mainstream radar. That’s not necessarily a bad thing. Project Grand Slam, as a result, has dictated their artistic terms in a way few acts can or do, plays where they want to play, and controls their own destiny. If they want to play it close to the vest, they do, but if they want to go as far out on a limb as they like, they can do that as well.

The band’s new single “Fall of Winter” breaks with the band’s modus operandi. Bassist, songwriter and bandleader Robert Miller drafted famed songwriter and vocalist Jim Peterik as his co-writer. Miller’s initial concept of writing a blue-collar anthem that doesn’t insult anyone’s intelligence finds a perfect match with Peterik as both a lyricist and vocalist. His words for “Fall of Winter” are full of the bright polish and adult themes distinguishing his work with Survivor, .38 Special, and countless other bands and artists.

His vocals are wide-open and satisfyingly soulful. There’s a light ruggedness present in his voice fitting for the rough and ready instrumentation, arrangement, and immediate production. The song strides hard and comes across as brawling down the line, but there’s nuance built into the song. You can hear it in how the organ buttresses the song’s overall design, the timing of each passage, and the layered meaning deepening the track.

Project Grand Slam’s rhythm section of Miller and drummer Joel E, Mateo are indispensable to the song’s success. Don’t let the word “anthem” lull you into believing Project Grand Slam is indulging in the bash and thud school of anthem-building. Miller and Mateo lay down an authoritative groove for the band and you can hear its effects spill over into everything surrounding it.

Despite the moments of individual or specialized distinction within the song, there’s never anything less than the sense of a full band playing here. Project Grand Slam have played together in this particular iteration for some time now and their well-established chemistry shines through despite the presence of an outside writer and vocalist.

If anything, it sounds like it has charged them up. “Fall of Winter” can come across as a rambunctious, wild and wooly tune a little off the beaten path from the typical instrumental polish we hear from Project Grand Slam. It flexes real rock muscle, and they sound thoroughly convincing inhabiting that role. Longtime fans of Project Grand Slam have heard this side of the band before, and newcomers will hear a lot to love.

Let us hope it’s a harbinger of more material to come. Project Grand Slam has stayed busy year after year and shows no signs of slowing down. Their latest single “Fall of Winter” has the added bonus of seeing Project Grand Slam reach outside of their customary creative circle and the results pay off whether they are standalone or part of a longer release to come.