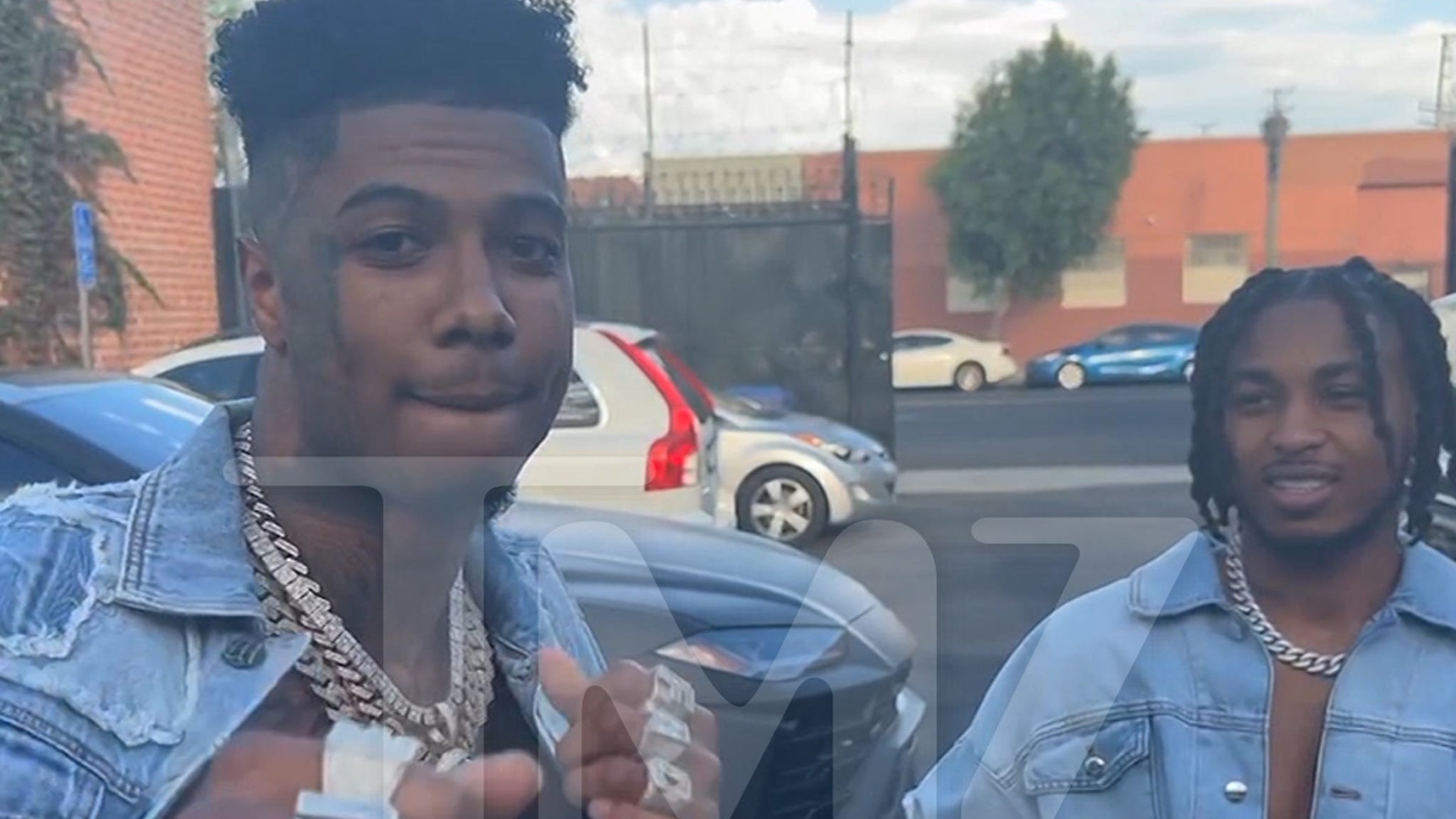 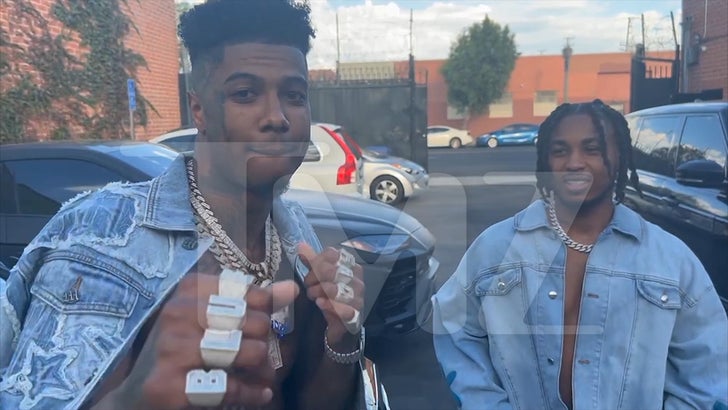 Calabasas moonwalkers Blueface and DDG are running pretty tight these days, makingmusic and even cutting their teeth in the world of boxing.

We ran into the 2 rappers Wednesday in Los Angeles during what appears to be a music video shoot. They were pretty tight-lipped on the subject … but told us to check back later.

What they did want to talk about — or rather, vent about — was DDG’s lack of a boxing opponent in the upcoming Social Gloves event at the Crypto.com Arena.

While the “Thotiana” rapper is scheduled to fight former Lakers champ Nick Young … DDG has been left ass out after PnB Rock just bailed on their fight.

We can definitely see why DDG wants in on the action. During a Social Gloves event last year, he put in work on TikToker Nate Wyatt’s face — fresh off from splurging at the strip club the night earlier.

All DDG challengers should apply through Blueface ASAP. The July 30 fight date will be here before you know it.