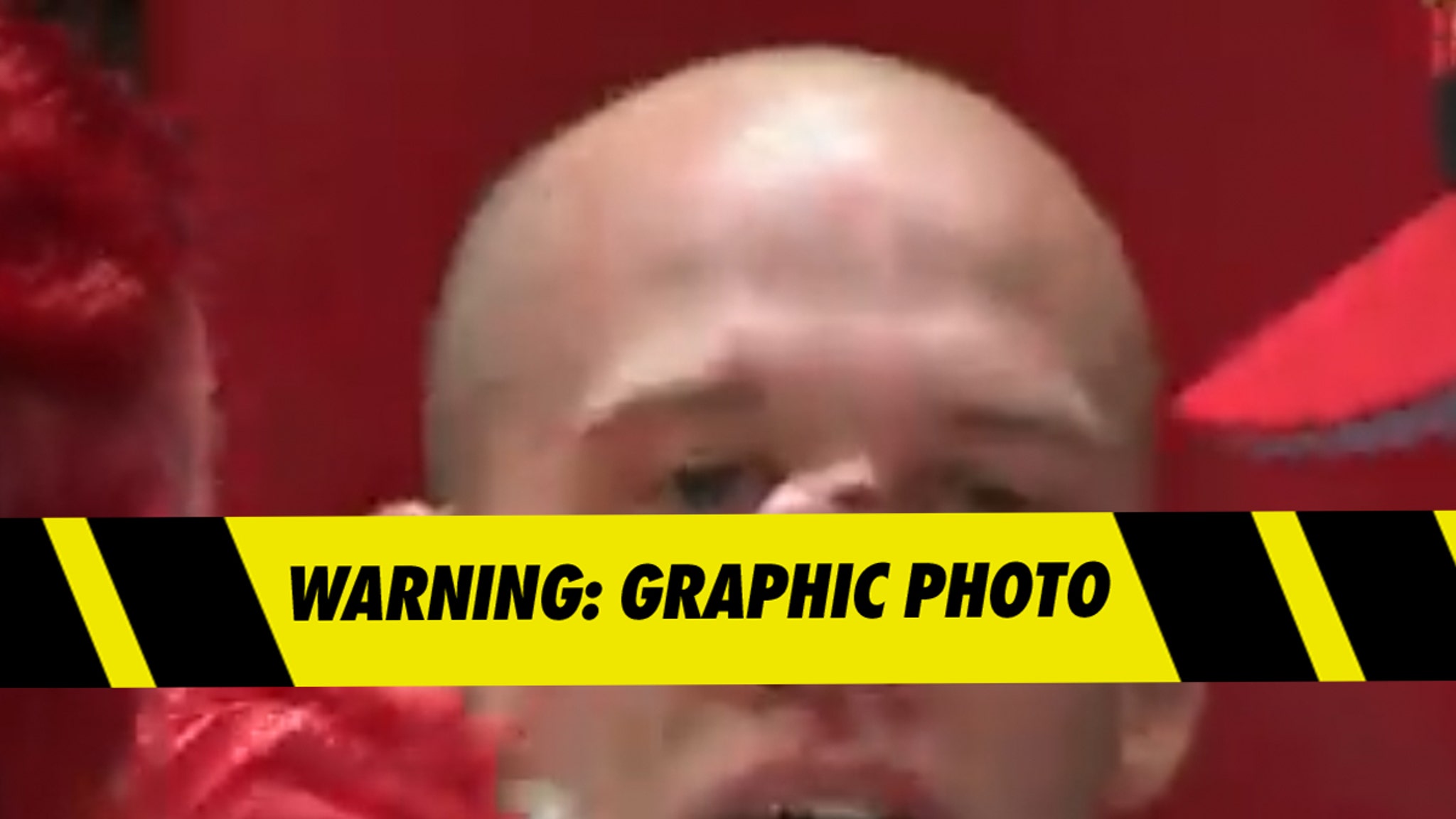 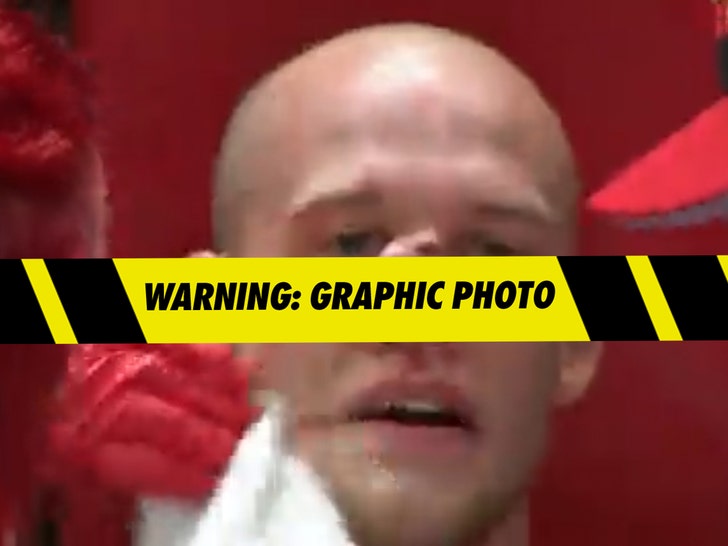 WARNING — if ya haven’t finished your morning Cheerios yet, you might want to do so before clicking here!!!

MMA fighter Blake Perry horrifyingly broke his nose during a match on Sunday — after taking a brutal knee to the face.

The gruesome injury happened in the first round of Perry’s tilt with Marcel McCain at Urijah Faber‘s A1 Combat event in Stockton, Calif.

As the two were dukin’ it out in the opening moments of their fight — McCain grabbed the back of Perry’s head with his arms … and then drove his knee right into Perry’s grill. Video of the strike shows McCain’s knee landed flush, and caved in Perry’s nose.

Somehow, though, Perry kept fighting despite his face’s disfigurement.

But, during the break following the first round … it became clear Perry shouldn’t continue, and doctors ultimately stopped the contest.

No word yet on how Perry is doing today — but something tells us breathing ain’t exactly easy work.