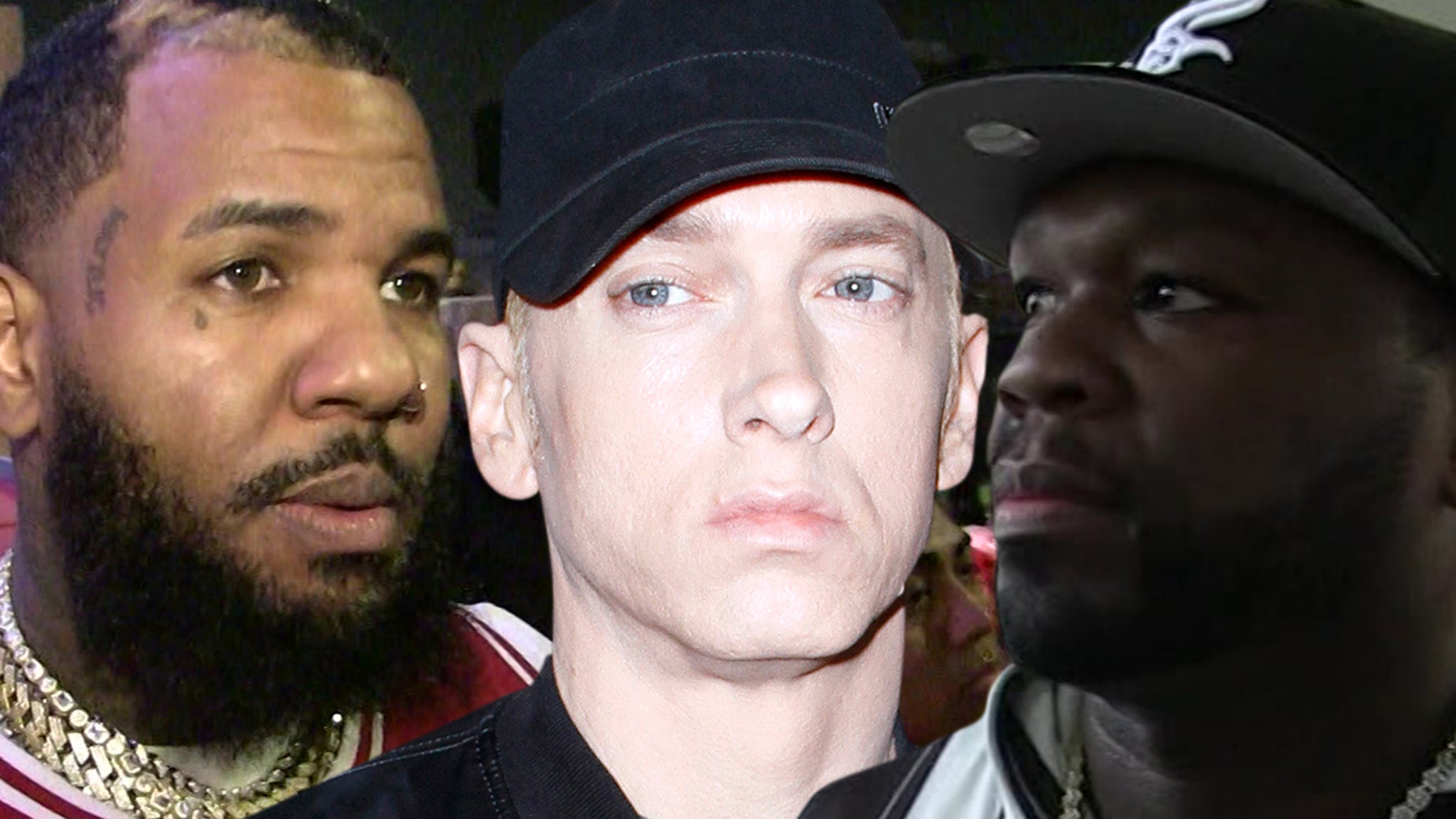 The Game‘s failed to get Eminem on a Verzuz battle … so now he’s trying to bait Slim Shady into responding with a diss track.

Game released his long-delayed “DRILLMATIC: Heart vs. Mind” album with 31 tracks … but the song everyone is talking about on social media is the 10-minute Eminem diss song “The Black Slim Shady.”

Disrespectful topics range Em’s past pill-popping addictions, his songs only get played within white America and how Game believes Big Sean and 6ix9ine are better rappers.

50 Cent — who also has been ignoring Game’s Verzuz challenges — also catches a few strays on the track … mainly for his lack of rapping output these days.

Of course, Em is one of the biggest artists of all time — actually the 2nd highest-selling — behind Garth Brooks, but Game says his beef is for the spirit of hip hop culture … which just celebrated its 49th birthday yesterday!

Chuck should be careful what he wishes for, though. In 2019, Eminem happily railroaded Fat Joe‘s “Lord Above” song with Mary J. Blige — just to fire back at Nick Cannon.

Slim has nothing but time on his hands to fire back!