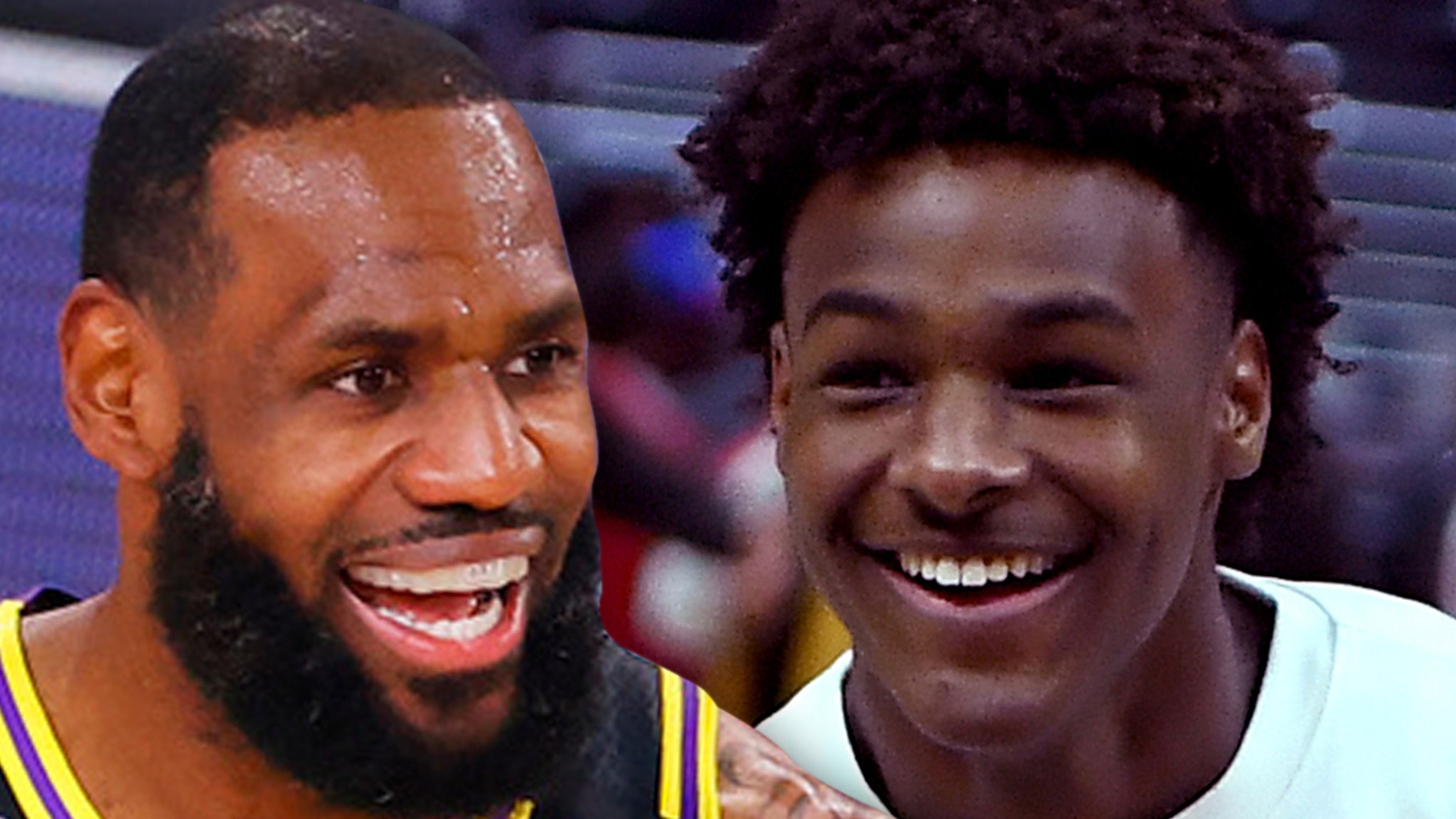 LeBron and Bronny James are one step closer to being teammates in the NBA — the King just inked a 2-year, $97.1 million deal to stay with the Lakers through the 2023-24 season … which will make him a free agent when his son becomes eligible for the draft.

The NBA superstar hasn’t shied away from his dream of playing alongside his oldest … he’s mentioned it several times and made his intentions crystal clear.

Bron’s new deal with the Purple and Gold now gives him the opportunity to opt out and become a free agent the same season Bronny enters the 2024 NBA Draft … paving the way for him to sign with whatever team picks the current 17-year-old baller.

It would mark the first time both a father and son played in the Association at the same time — and even though LeBron will be 39 when 2024 rolls around, he’s hellbent on making it happen.

Bronny’s currently one of the nation’s top-ranked players in his class … and recently wowed all of social media by slamming home a poster dunk in the Club Basketball Euro Tour.

So … now that it’s all lined up to work out, will it happen??