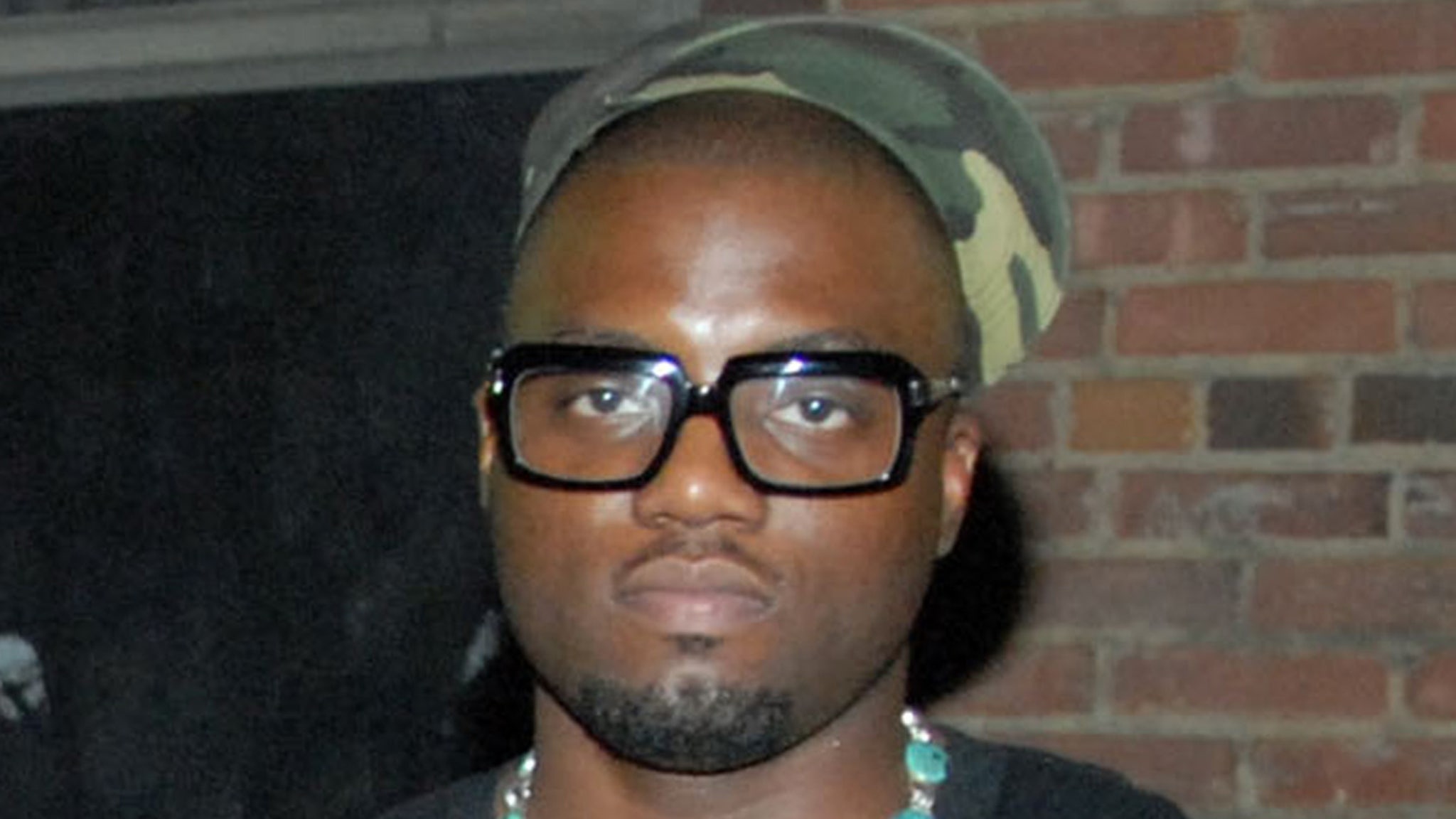 Nappy Roots rapper Fish Scales is lucky to be alive after he was shot, robbed and kidnapped outside an Atlanta brewery he co-owns.

Police say two suspects first robbed a customer in the parking lot before entering Atlantucky Brewery and forcing Scales into his car at gunpoint. The robbers then drove Scales up the road to his home in a neighboring suburb where he was able to escape, but not before being shot in the leg during a struggle. 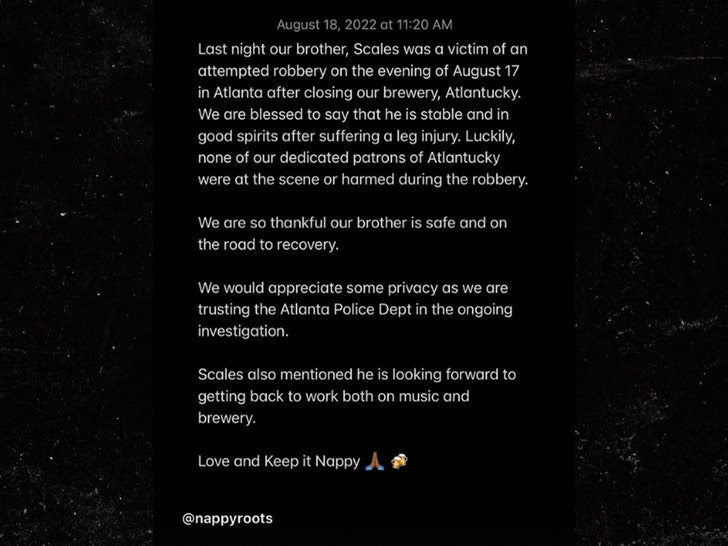 Scales, who is one-fourth of the Grammy-nominated rap group, is now resting in the hospital — Nappy Roots put out a statement saying, “We are so thankful our brother is safe and on the road to recovery.”

Police were able to recover Scales’ vehicle … but as of now, no arrests have been made.

The rap group says Scales is both eager to return to work and to get in the studio.