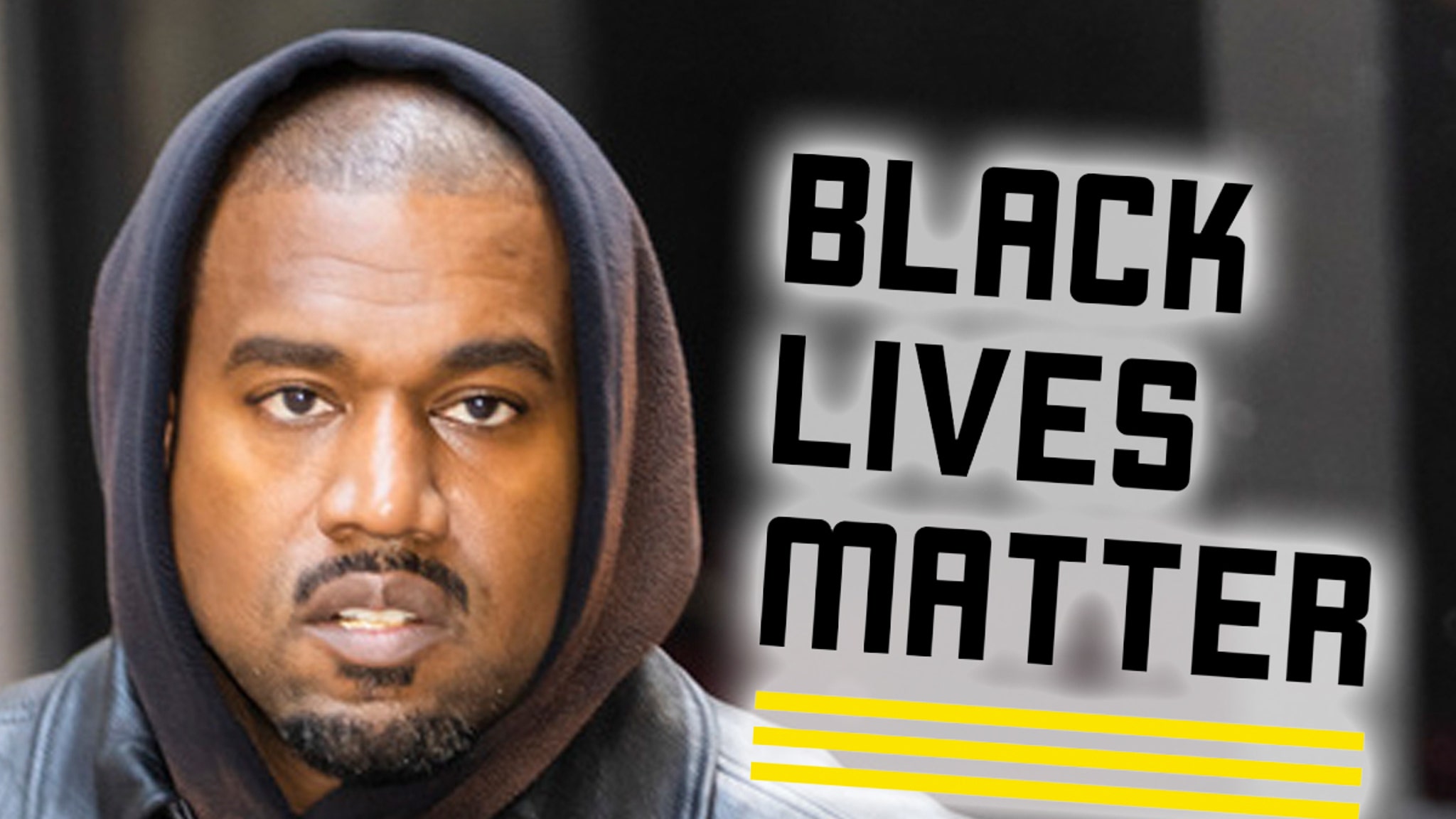 The Black Lives Matter movement is going after Kanye West for the controversial “White Lives Matter” shirt he wore to his YZY Show, saying it’s nothing but a stunt to hurt folks fighting for justice.

In a statement to TMZ, BLM says … “While some may see Kanye and Candace’s stunt as a distraction, we recognize that it harms thousands of families fighting for justice for their loved ones killed by state-sanctioned violence.”

BLM’s also ripping Candace Owens — who also wore the shirt — for what they view as spreading “toxic confusion” … claiming the shirts, and phrasing, can be “used to legitimize violent assaults on Black people.” 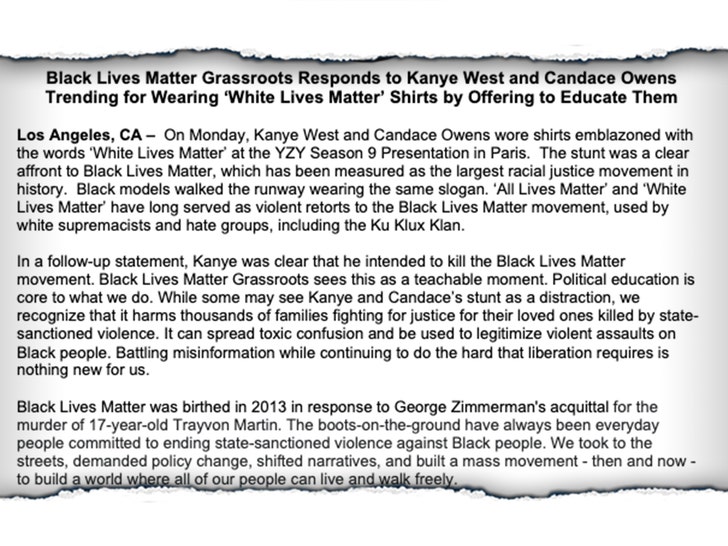 Kanye should know better, BLM says, telling us … “Kanye knows very well that ‘white lives’ have never been targeted for oppression. Black folks, in contrast, are at the bottom of virtually every economic, social, and political measure because of centuries of individual and institutional racism.” 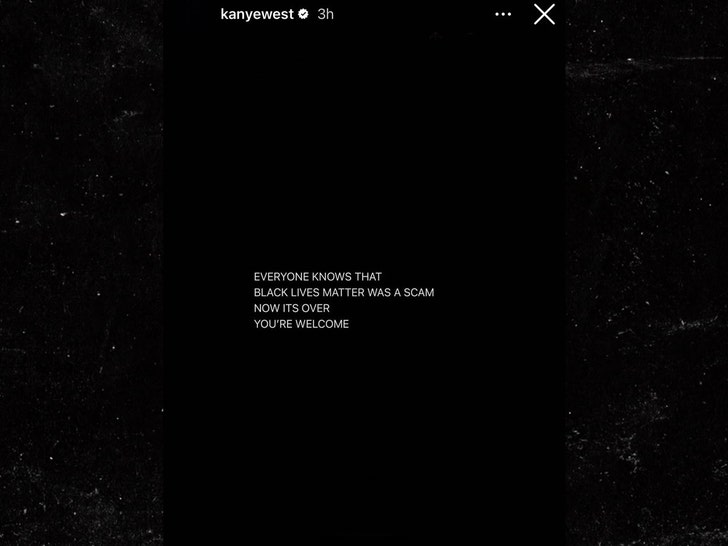 For his part, Kanye says he wore the “White Lives Matter” shirt at his fashion show because he thinks BLM “was a scam.” 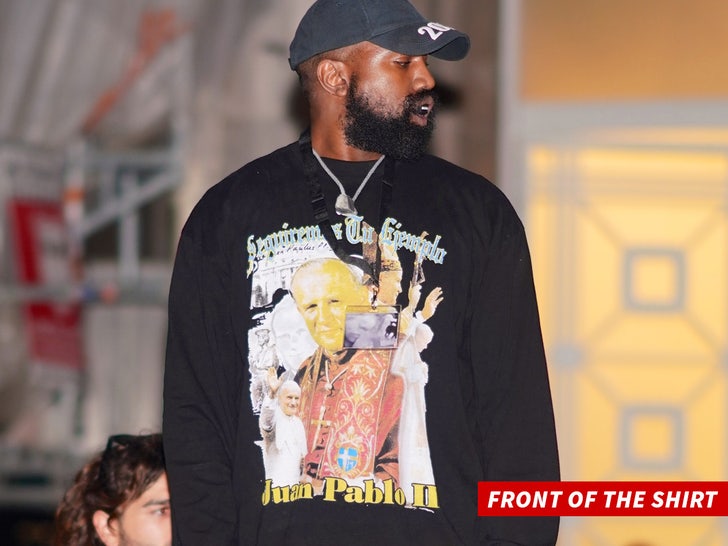 Naturally, BLM disagrees … they say the movement will benefit everyone in the long run because “when Black people get free, everybody gets free.”