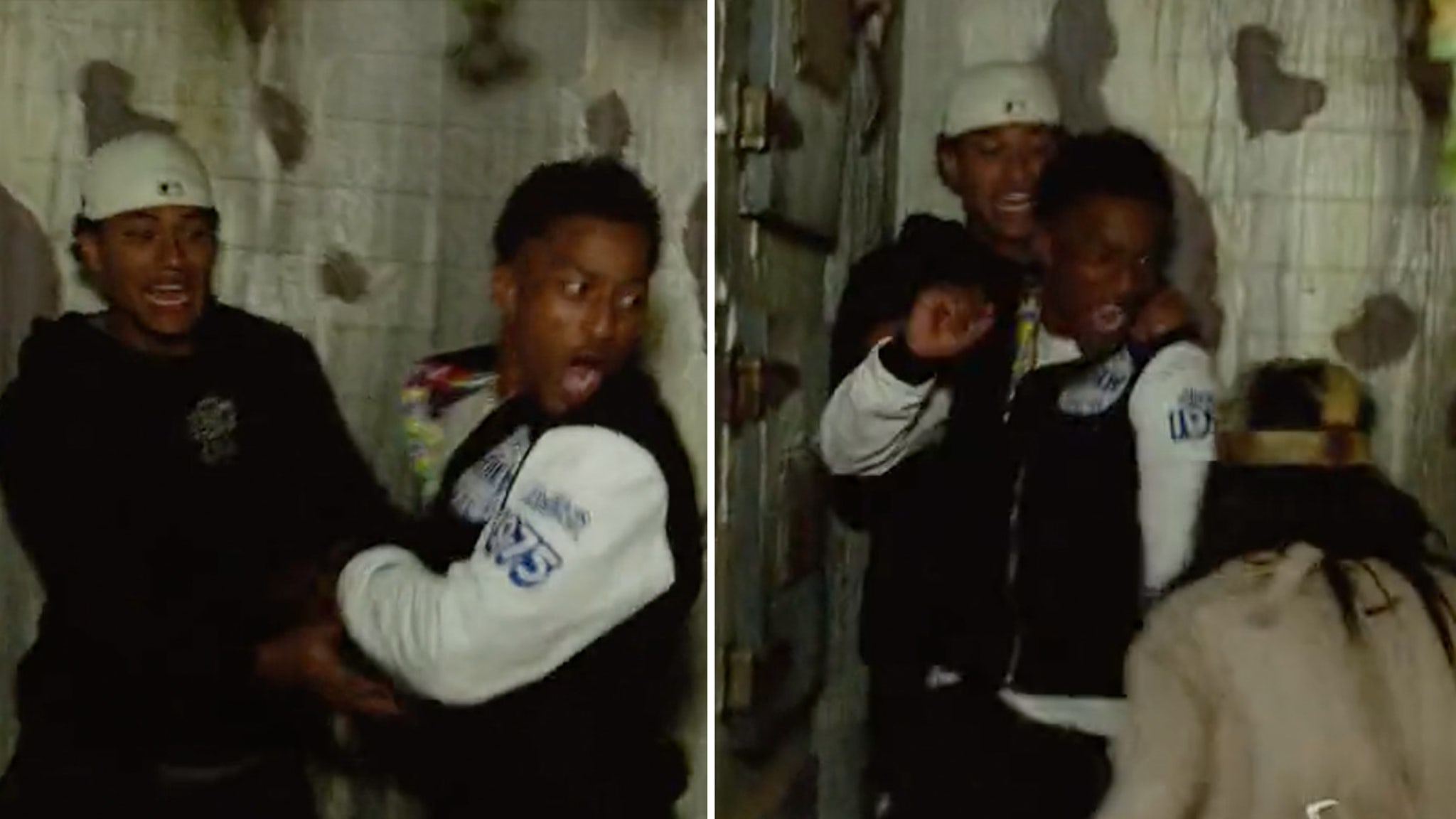 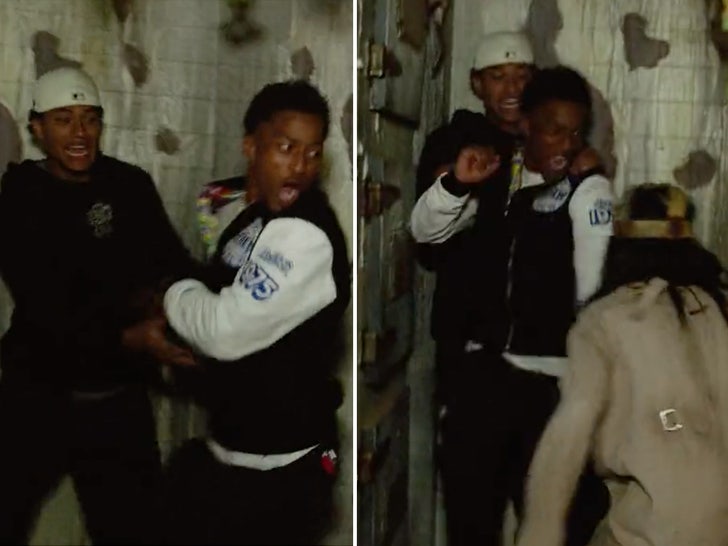 Ever seen two grown-ass men completely lose it in a haunted house?

Baltimore Ravens rookies Damarion “Pepe” Williams and Kyle Hamilton did exactly that when they bravely inched their way through a scary maze recently … and it’s all on video!!

The defensive backs decided to face their fears at the Bennett’s Curse Haunted House out in B-More … which has been voted one of the scariest in the world.

You can see Pepe and Hamilton try to “make it out alive” while wearing 3D glasses … and it only took a first few steps in before the two were screaming for dear life.

Keep in mind, these two are NFL players … but being some of the toughest dudes on the planet couldn’t save them in the haunted house.

“Bro, I gotta take these glasses off,” 24-year-old Williams hilariously said. “Why the walls coming out at me bro?!”

It became too much for Hamilton as monsters started jumping out of nowhere … so, he decided to close his eyes and hold on to Pepe.

But, the best part had to be when the two were chased into a corner by a fearsome psychopath in a straight jacket during the asylum-themed portion of the maze.

Luckily, the two made it out safe and sound, but they were clearly stressed out from the whole ordeal. 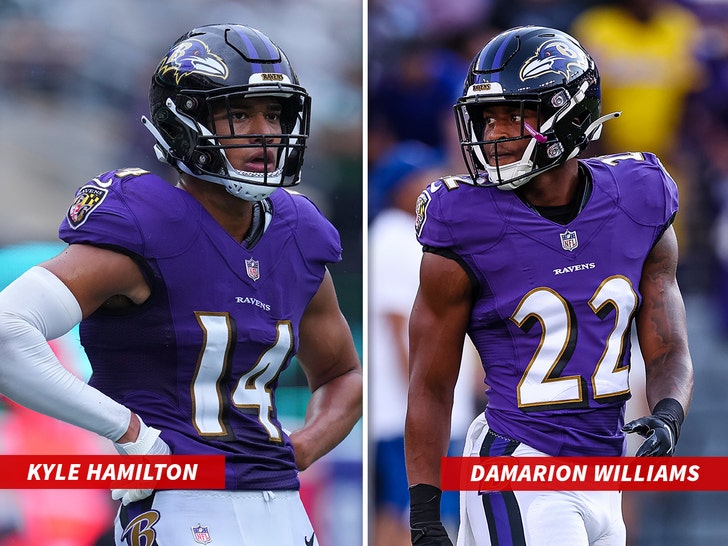 “It was too dark in there for me,” Pepe said. “Never thought I’d see the sunshine again, man.”

“It was good, but it was bad,” Hamilton added.

Kudos to these two guys for being good sports about it — that maze looked scary!!