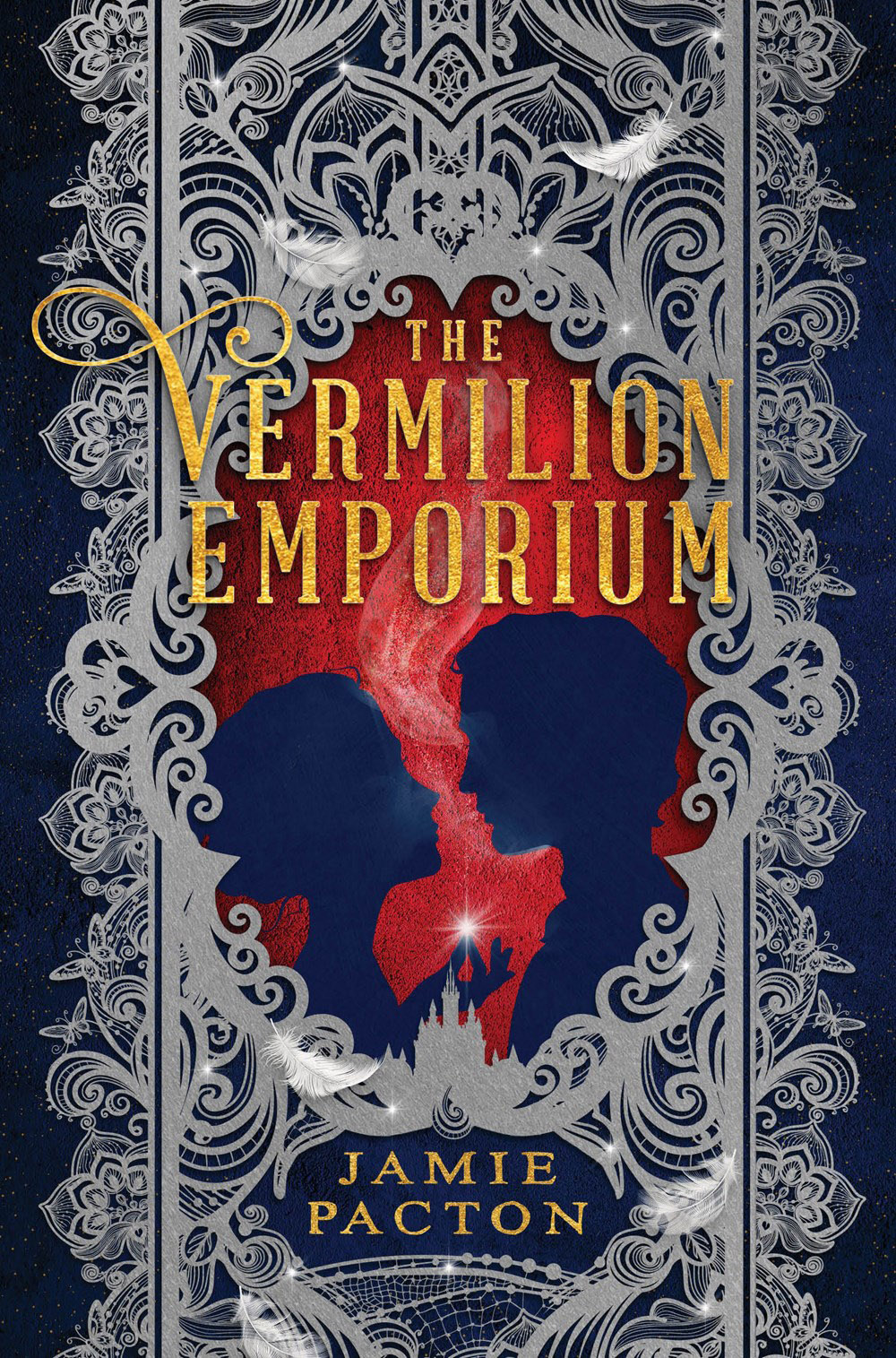 Quinta has spent the seven years since her mother died searching for a curiosity shop called the Vermilion Emporium. With her last breath, Quinta’s mother gave her a vial of moonshadow and told Quinta that she would find its purpose there. When she finally finds the magical shop, it’s down an alley and around a corner where no shop had been just a few days before.

Twain has also found his way to the emporium’s door, hoping to sell enough razorbill feathers to book passage on a ship sailing out of Severon. While collecting the feathers, he stumbled onto something even more valuable: a rare strand of starlight, a substance that was once crafted into magical lace that granted power and prestige to those rich enough to afford it.

The pair meet on the emporium’s doorstep, and after a chance encounter with the Casorina, the ruler of Severon, Twain and Quinta agree to make her a dress of starlight in time for the upcoming Scholar’s Ball. This puts the teens in a Rumpelstiltskin-esque quandary: They have just the one strand of starlight, and the secrets of harvesting and crafting with it have been lost for generations.

The day of the ball occurs at the halfway point of The Vermilion Emporium, the first fantasy novel from author Jamie Pacton (The Life and Medieval Times of Kit Sweetly). From there, Pacton pulls together threads from earlier in the story to weave a tale of grief and healing, enchanted rooms and family history, politics and ambition, and how far someone will go for the sake of love.

In her author’s note, Pacton reveals she wrote The Vermilion Emporium in tribute to the Radium Girls, a group of young female factory workers from the early 20th century whose real-world situation mirrors Quinta’s fantastical one. The Vermilion Emporium will be enjoyed by readers who appreciated Laini Taylor’s exploration of who benefits from magic and who pays its costs in her Daughter of Smoke and Bone trilogy, and by those entranced by the world of Elizabeth C. Bunce’s A Curse Dark as Gold, set in a society on the verge of exchanging magic for science. Come for the steampunk vibes and Pacton’s lavish imagery, but stay for her thoughtful commentary on social class, technology and power.