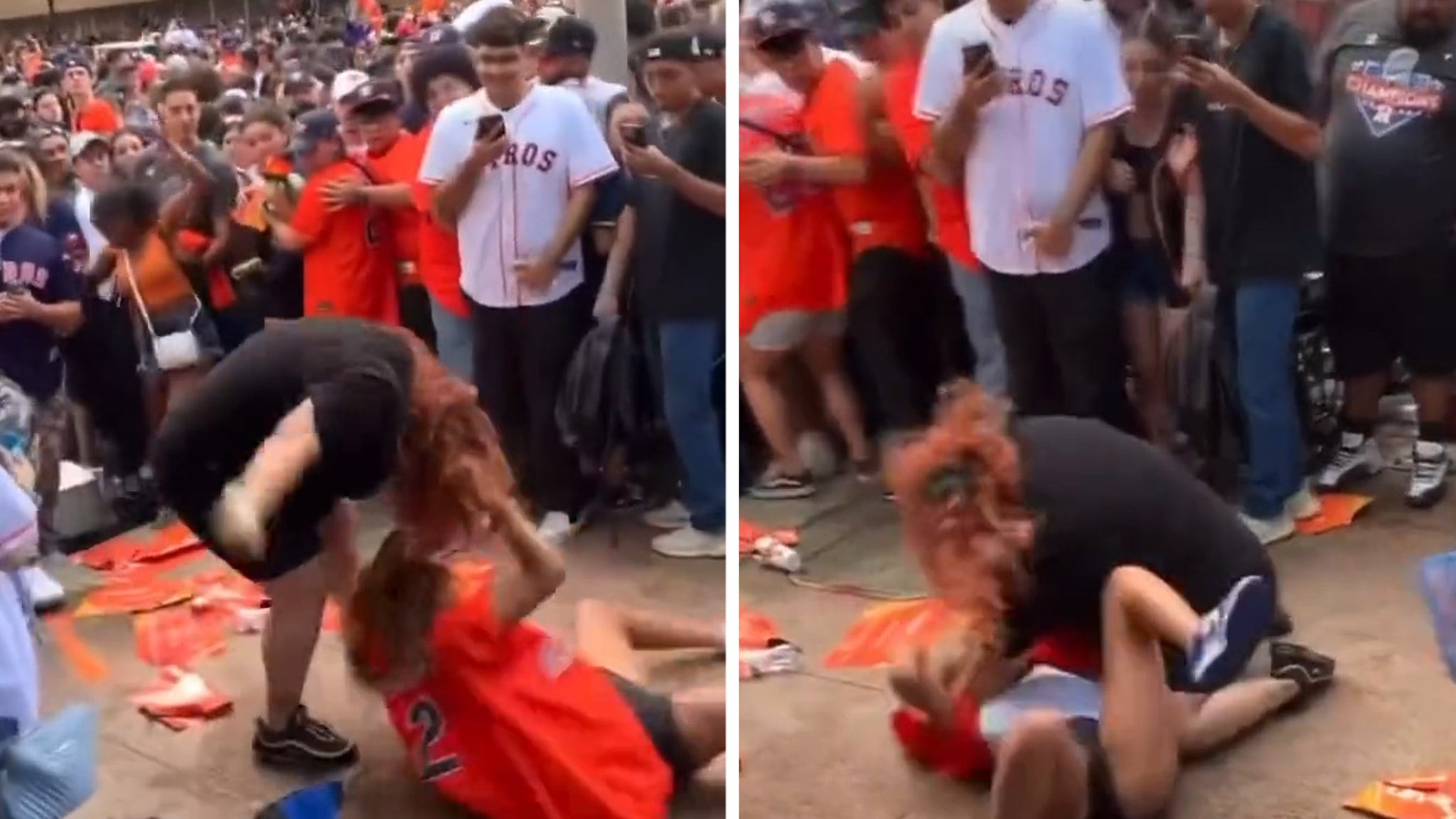 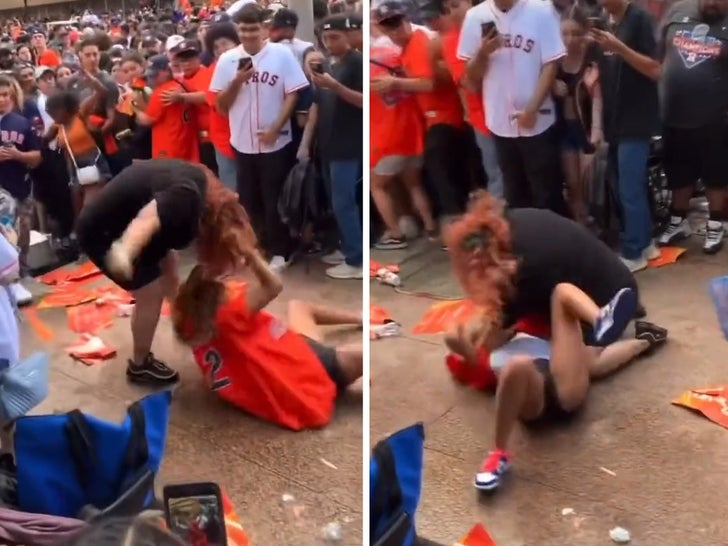 Two Houston Astros fans got into a wild brawl during the team’s World Series celebration on Monday — where hair was pulled, and PLENTY of punches were thrown.

The fight took place at some point during the MLB team’s through-the-streets festivities in Houston … when two women grew so upset with each other, they decided to settle their beef with their hands.

Video shot by a fan near the fracas shows the two immediately went for each others’ hair … and, eventually, the woman in an Alex Bregman jersey was hurled down to the sidewalk.

You can see in the clip, the Bregman fan tried her best to fight back … throwing a slew of punches from the ground — but she got pummeled until others tried to step in.

No word on if anyone suffered any injuries … or if any arrests were made.