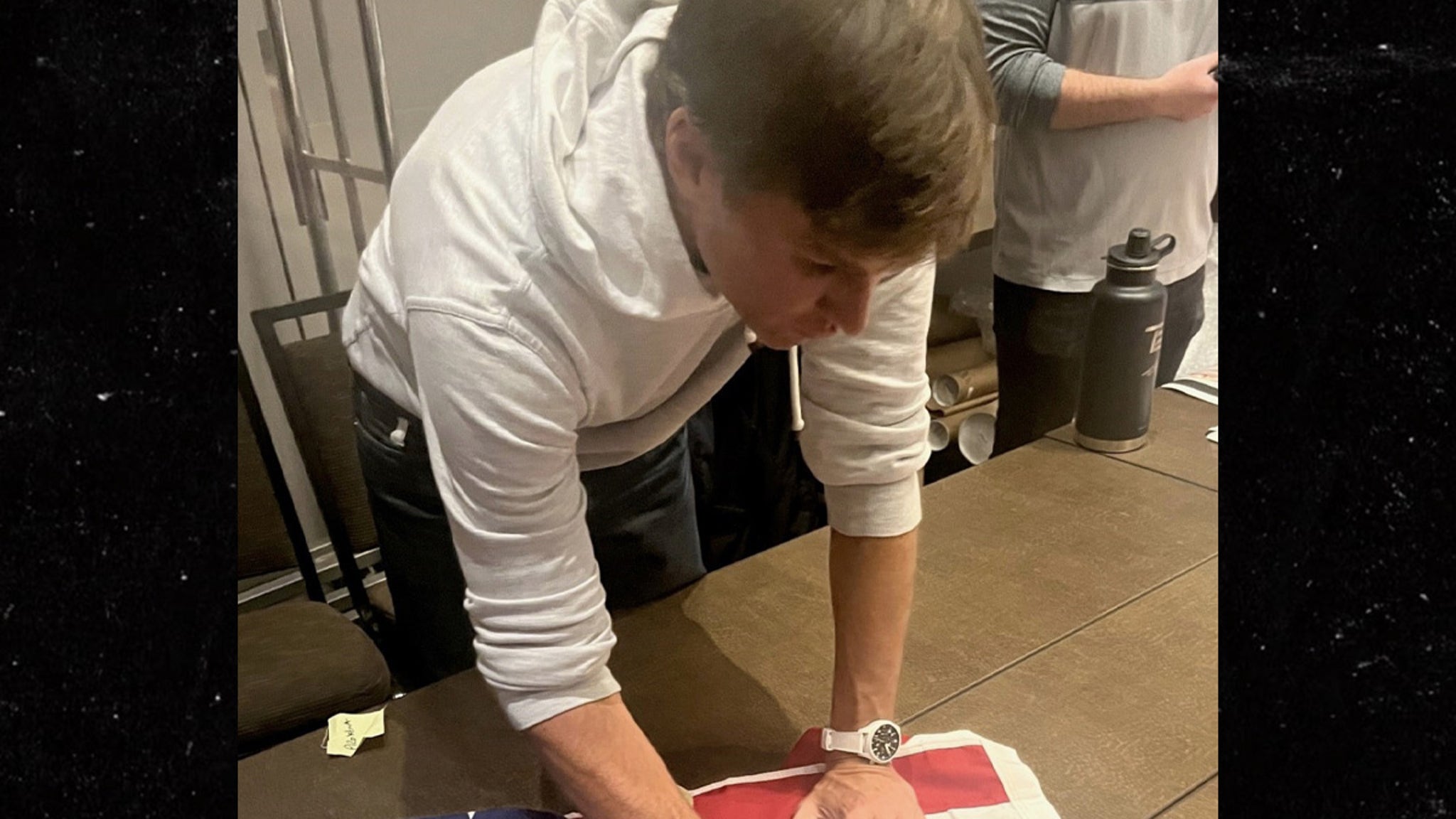 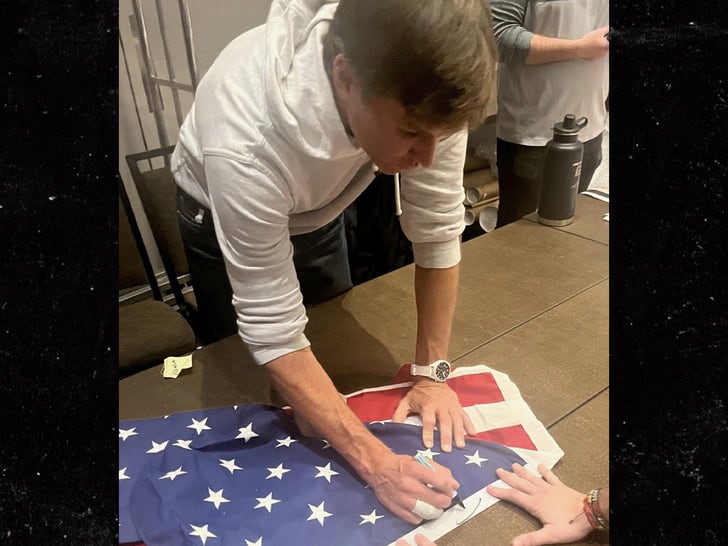 The ultra-rare Tom Brady-signed flag that was allegedly ruined by the Patriots Hall of Fame has been re-signed by the G.O.A.T. … and the owner of the piece now says he feels like he’s been made whole.

Daniel Vitale was initially livid over the situation earlier this year … claiming after he temporarily donated the 1-of-1 American flag to the Pats’ HOF, officials there ruined the Brady signature on it by displaying it improperly.

Vitale shared pics of the piece, showing the dark blue Brady John Hancock that the QB had put on it in the early 2000s had lost its “T” after being in the New England museum’s possession. 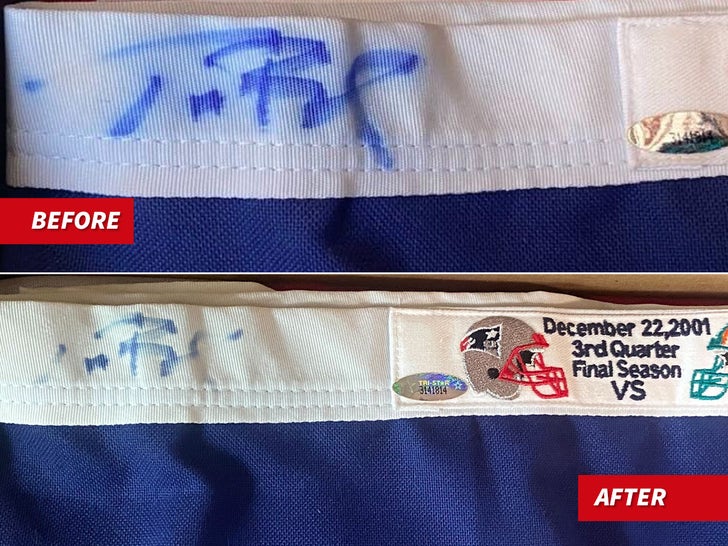 The father of three filed a lawsuit over it all, alleging that the flag was worth potentially $1 MILLION less … and he was asking for the Pats HOF to pay him for damages.

Vitale, though, tells TMZ Sports the situation has been remedied — at least in his eyes — after the Patriots helped get Tom to re-sign the flag last week following the Buccaneers star’s return from Germany. 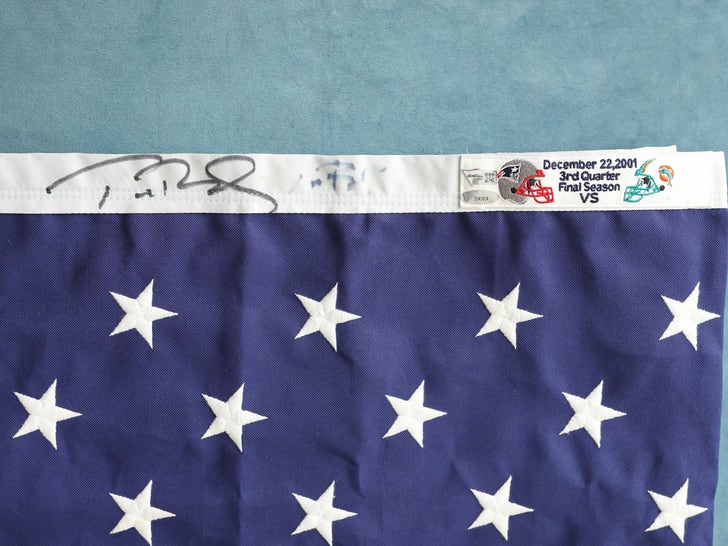 Vitale says the new signature is incredible — it’s “four times” the original size, he told us — and he now believes the piece is worth significantly more than the $1 million it was initially appraised at.

Vitale will begin the process of trying to sell it now — he’s taking offers immediately — and he tells us he’s trying to do a lot of good with some of the eventual proceeds. 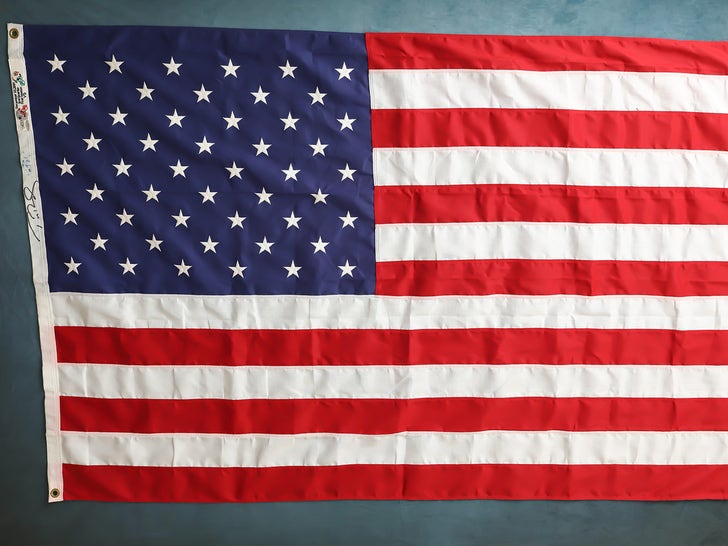 The longtime Pats fan has a daughter who has autism, and he’s planning to donate some of the flag’s sales to raise awareness for the disability. Specifically, Vitale is hoping to funnel funds to Spectrum Connection, a division of Community Partners in New Hampshire.

He also told us he’s hoping to get the Patriots and Robert Kraft to make a donation to the cause as well.