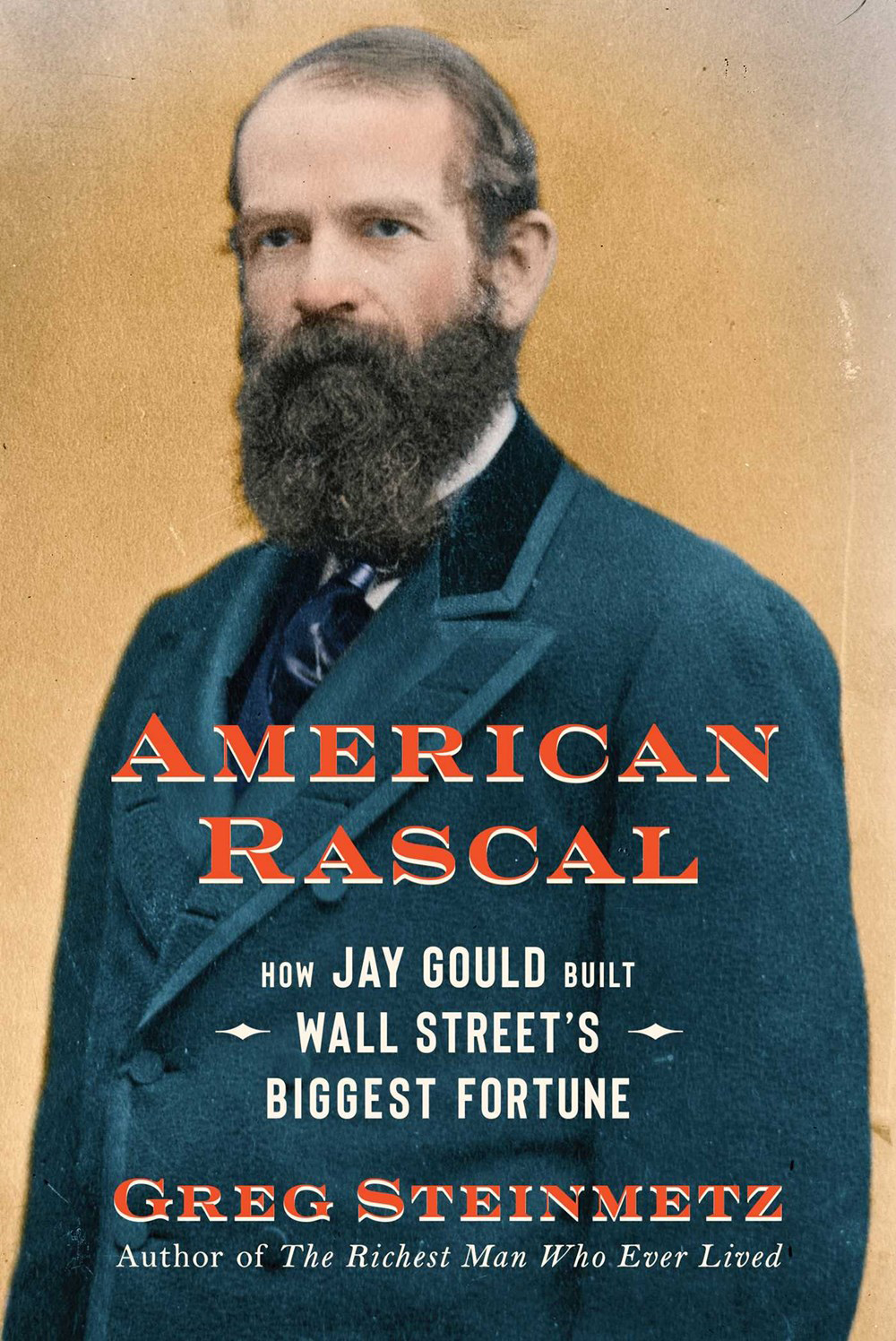 Had Jay Gould put his name on a university or concert hall, he would undoubtedly have been a household name today. The son of a poor farmer whose early life was marked by tragedy, Gould saw money as the means to give his family a better life…even if, to do so, he had to pull a fast one on everyone else. After entering Wall Street at the age of twenty-four, he quickly became notorious when he paralyzed the economy and nearly toppled President Ulysses S. Grant in the Black Friday market collapse of 1869 in an attempt to corner the market on gold—an event that remains among the darkest days in Wall Street history. Through clever financial maneuvers, he gained control over one of every six miles of the country’s rapidly expanding network for railroad tracks—coming close to creating the first truly transcontinental railroad and making himself one of the richest men in America.

American Rascal shows Gould’s complex, quirky character. He was at once praised for his brilliance by Rockefeller and Vanderbilt and condemned for forever destroying American business values by Mark Twain. He lived a colorful life, trading jokes with Thomas Edison, figuring Thomas Nast’s best sketches, paying Boss Tweed’s bail, and commuting to work in a 200-foot yacht.

Gould thrived in an expanding, industrial economy in which authorities tolerated inside trading and stock price manipulation because they believed regulation would stifle progress. But by taking these practices to new levels, Gould showed how unbridled capitalism was, in fact, dangerous for the American economy. This eye-opening history explores Gould’s audacious exploitation of economic freedom triggered the first public demands for financial reform—a call that still resonates today.

A Flag for Juneteenth
NASCAR’s Ross Chastain Takes Ban On Wall-Ride Move ‘Like A Badge Of Honor’
Jack Harlow Leaves Twitter Mostly Unimpressed in ‘WMCJ’ Reboot Trailer
What’s Next for DC Studios: The Good, the Bad, and the Bizarre
Grammy Parties 2023 Bring Out Some Of the Biggest Names In Music