Kanye West has reportedly shed at least one alt-right figure from his inner circle — but it’s not necessarily the guy you might want to see go first from the outside looking in.

Per Daily Beast journo Will Sommer, Milo Yiannopoulos has been fired from Ye’s campaign team — this following his crash-and-burn interview with Alex Jones earlier this week, not to mention a bunch of others that have gone up in flames and made KW look bad.

supposed “centrist” tim pool is currently hosting kanye west, neonazi nick fuentes and pedo defender milo yiannopolis on his show. i wish i was making this up. pic.twitter.com/tk9mLldT10

Sommer says Milo was booted after “a series of disastrous media appearances that saw the candidate praising Hitler.” He adds that in an email, Milo wrote that there was a mutual conclusion reached that he oughta step away … and it sounds like he has.

So, the question … what about Nick Fuentes, the self-proclaimed white nationalist who’s had Ye’s ear for several weeks or so? Sommer reports his status in the Ye camp isn’t quite as clear, but suspects the dude’s probably safe … for now.

Fuentes was alongside Kanye during the InfoWars interview, whereas Milo wasn’t … which seems to suggest this change happened over the past few days. Then again, we got video of NF at an In-N-Out just 2 days ago, without Kanye in sight, so who knows what’s going on.

As for Milo … well, it’s probably for the best. Despite his efforts to get Kanye on different conservative-leaning podcasts of late — a lot of them crumbled, like when he walked off the set of Tim Pool‘s podcast earlier in the week after some pushback on his antisemitism. 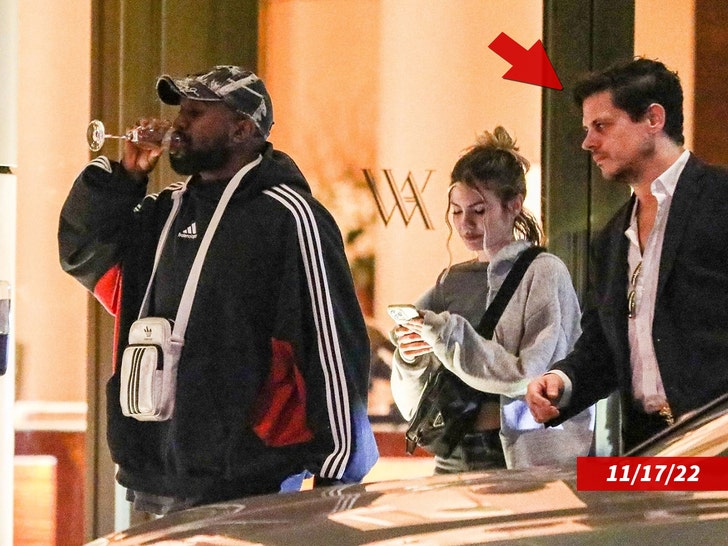 No word if Ye was holding that against Milo — as opposed to, you know, himself — but in any case … it sounds like Kanye wants to pursue the presidency without him (and yes, that does in fact seem to be a thing again, YE24).

One fringe associate down … one to go!