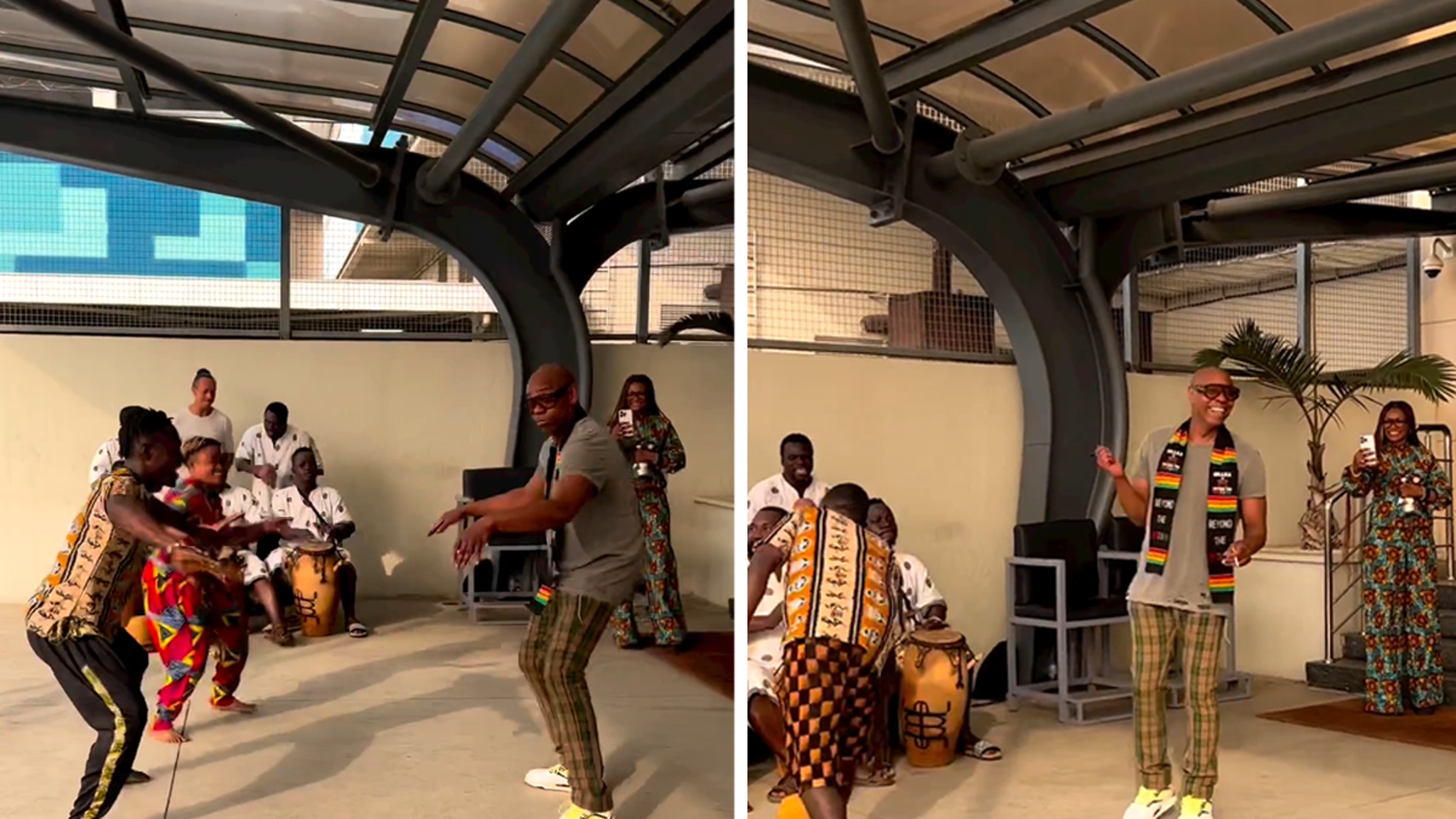 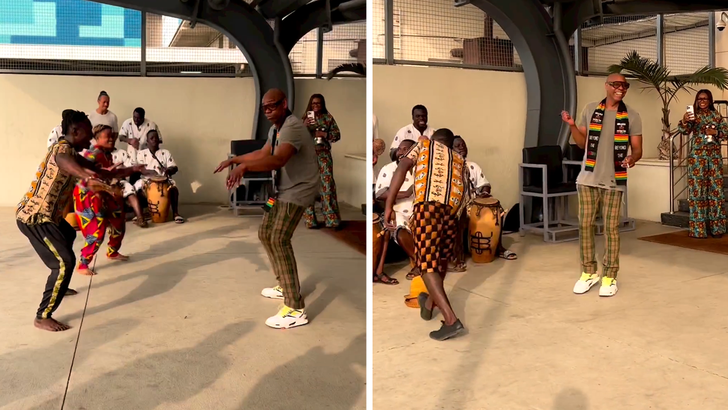 Dave Chappelle got into the b-boy spirit for his arrival in Ghana on Tuesday … letting off a few pop-lock moves as African dancers sent by the Diaspora Affairs at the office of the President greeted him personally!!!

The comedic genius looked genuinely happy from the warm cultural welcome … puffing on a cig as he took the moment in.

Chance The Rapper and Vic Mensa are spearheading their Black Star Line Festival in Ghana this week, and Dave’s joining in for the upcoming conversation with Chance ahead of the round of performances.

Black Star rapper Talib Kweli also landed in the Motherland with Dave and thanked Chance and Vic … which could be telling.

While there aren’t any Mos Def sightings reported just yet … it would almost be criminal for Black Star not to perform at the inaugural Black Star Line fest!!!

Stay tuned … Ghana is looking like it’s about to be extra-lit this week!!! 🔥