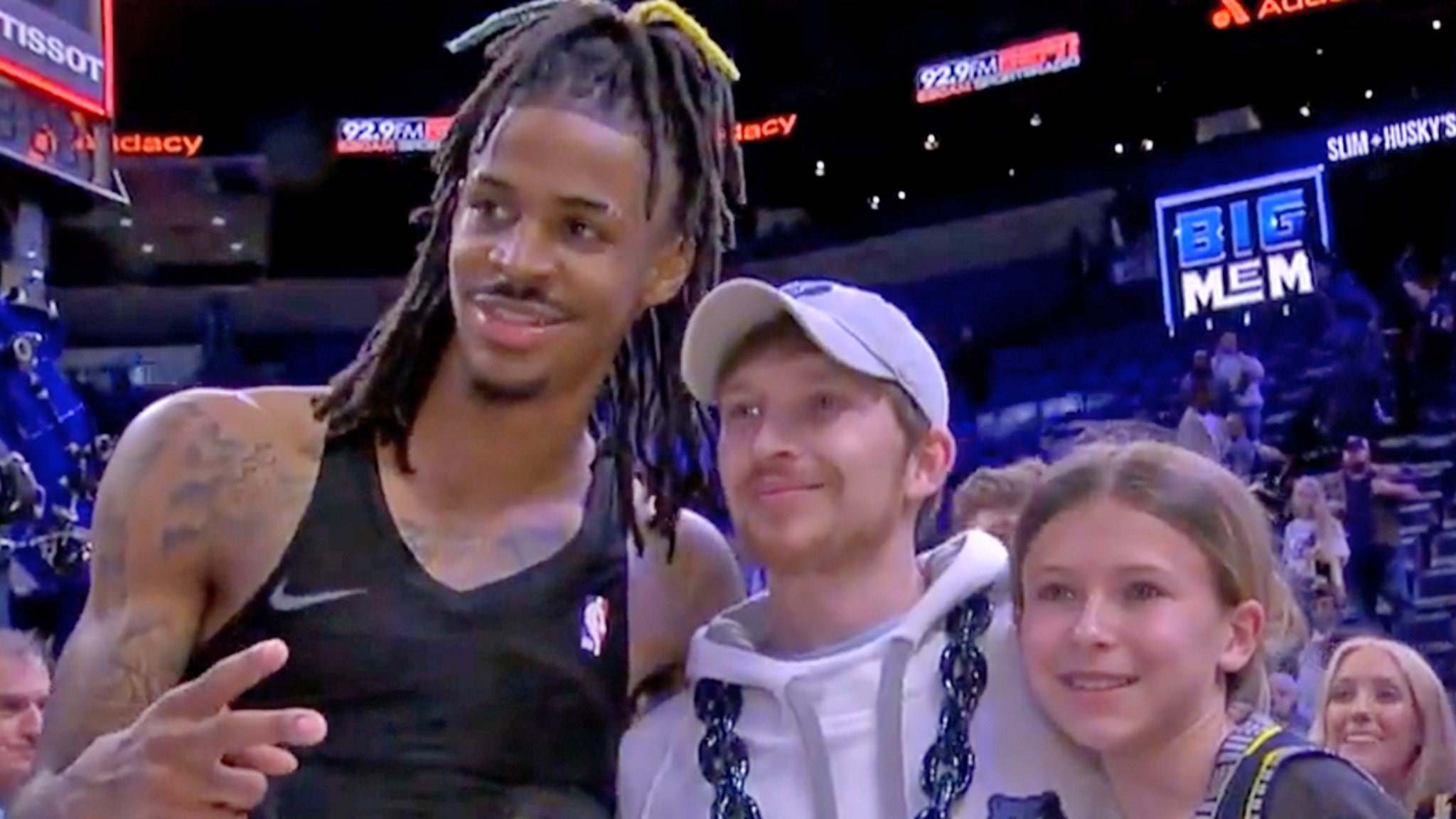 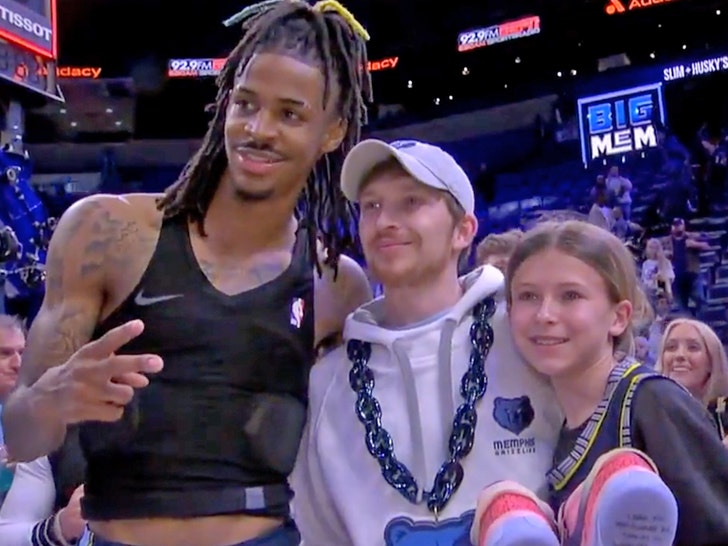 Grizzlies star Ja Morant gave a young fan his game-worn jersey and Ja 1 sneakers from Wednesday night’s showdown against the Spurs … after her autographed basketball was sadly stolen Monday night at the FedEx Forum.

Ellie Hughes, an 11-year-old Grizzlies fan, was at the Grizzlies-Spurs game Monday night … and was trying to get Ja’s attention when she laid the signed basketball down.

When Ellie looked back up, the basketball was gone. Ellie has been to every Grizzlies’ home game with her grandfather since she was five, and the ball had a ton of sentimental value since she had been collecting signatures from players after games, according to actionnews5.com.

Enter Ja … the 23-year-old discovered what happened to Ellie and wanted to help make things right for her and her family.

The Hughes family was at FedEx Forum again Wednesday … and after the game, Morant got some facetime with the youngster, where he gifted her his jersey and sneakers.

“I was trying to get in contact w the fam,” Morant said in his postgame interview. “I reached out & offered them two of the courtside seats that I give to my fam & told them after the game I would give my jersey & shoes.”

“Definitely a good feeling to have them there supporting us and see that smile on their face at the end,” he added.

In addition to the jersey and Ja 1 kicks Ellie received, she also got to watch Morant drop 38 points … en route to the Grizzlies’ 135-129 win over San Antonio.