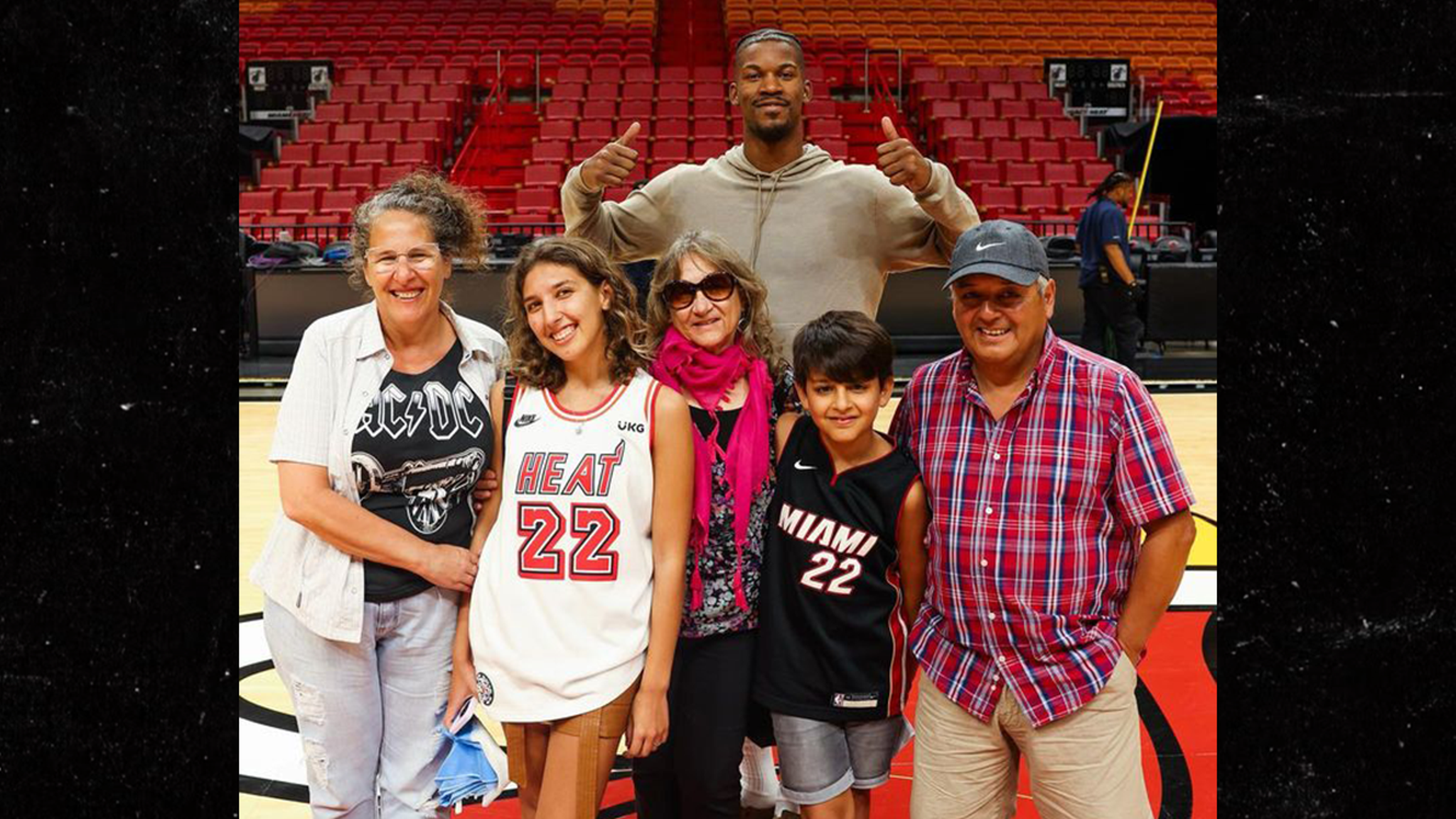 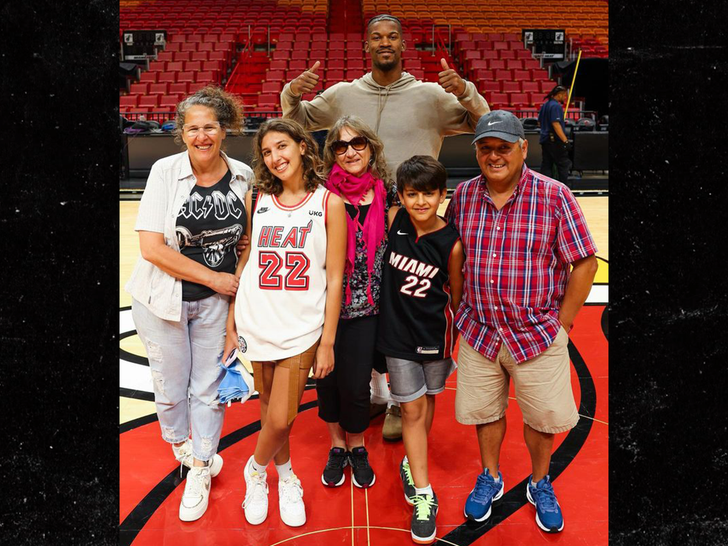 10:44 AM PT — The young fan’s incredible experience just got even better — Felipe, Zoe and their family just met Jimmy Butler in person!!

The fan returned to Miami-Dade Arena on Wednesday … and spent some quality time with #22 — posing for pictures, exchanging gifts and checking out the facility.

Crawford posted images of the interaction … saying, “It’s so much more to the game than wins/ loses.. @jimmybutler is such a stand up guy. This is what it’s all about!! 🔥🔥🔥🔥🔥🔥🔥🙏🏾”

Jimmy Butler and the Heat turned a nightmare into a dream come true for one Argentinian fan who flew all the way to Miami to watch his favorite player … gifting the kid a signed ball and a jersey after the NBA star missed the game due to an injury.

The young fan — 12-year-old Felipe — was spotted holding a huge sign that read, “Dear Jimmy: We flew over 4,405 miles to see you play. Can we get a photo or a big face coffee? ;)” before the game … but unfortunately, Butler was ruled out with a back injury.

Cameras caught the moment the young fan and his sister, Zoe, found out Jimmy would not be playing in Tuesday night’s matchup against the Boston Celtics … and it’s absolutely crushing.

One thing Felipe is headed 4,405 miles back to 🇦🇷 with… a lifetime memory pic.twitter.com/tIIamTyvLz

But, this story has an amazing ending … ’cause Butler and the Heat got wind of the kid’s predicament and decided to hook him up with an even better experience.

The Heat gifted the fan with an autographed Miami Heat basketball and a new Butler Nike Mashup Vol. 2 Authentic jersey … and gave him on-court access, which led to a photo with Heat point guard Gabe Vincent!!

Butler addressed the gesture on his Instagram story — captioning a photo of the interaction, “I got you.”

Of course, Butler always looks out for his fans … with TNT’s Jamal Crawford saying he’s not one bit surprised the All-Star went above and beyond for one of his fans — because he’s done it throughout his career.