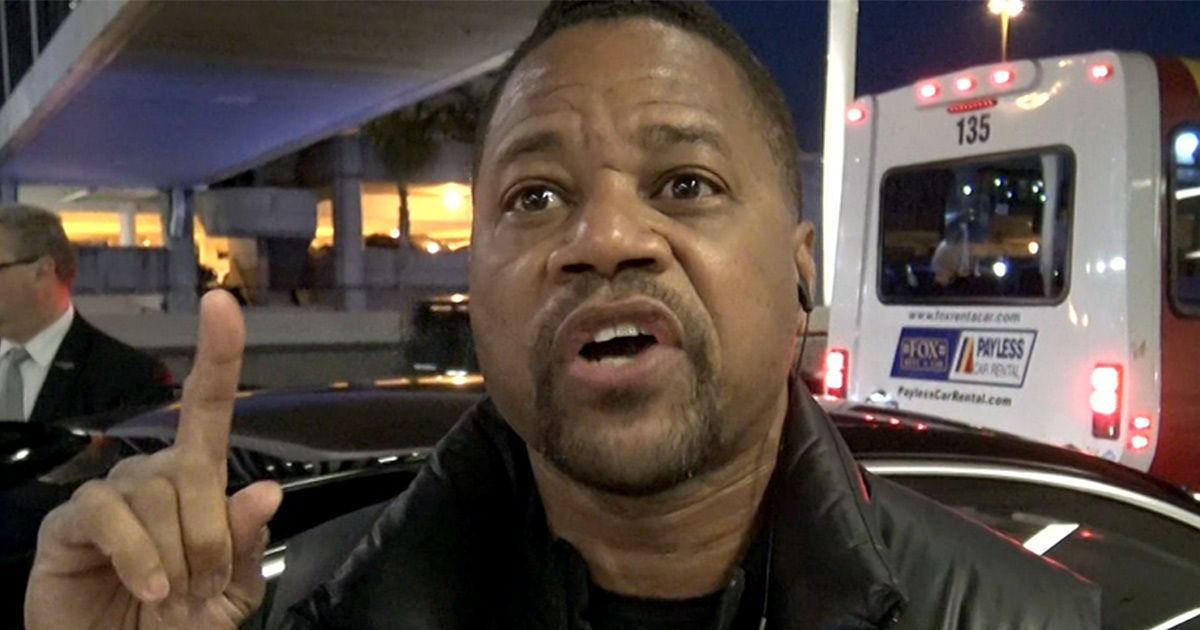 I Did Not Grope Anyone in That Bar

… Will Surrender to NYPD

Cuba Gooding Jr. will turn himself into NYPD on Thursday and will be arrested for allegedly groping a woman — but on camera he insists he did nothing wrong, and there’s hard evidence to prove it.

Sources connected to the Oscar winner tell TMZ … he plans to surrender Thursday and expects to be booked for a misdemeanor charge of forcible touching. Cuba was in L.A. Tuesday night — about to board a flight to NYC — when a photog asked him directly about the groping allegation.

Cuba says the claim he grabbed a woman’s breast Sunday night at Magic Hour Rooftop Bar & Lounge in Manhattan … is absolutely untrue. He says he was there partying with friends, and posed for pics with fans, but says no one was touched inappropriately … not even by accident.

Aside from the video we posted — showing Cuba partying that night at the bar — he says there’s also surveillance video that will show he’s innocent.

He also tipped his hat to Jon Stewart, who hours earlier had blasted Congress over the 9/11 Victims Fund, and said that’s what’s really important now.

As for his legal trouble … Cuba didn’t seem worried. Our Sources say he’ll surrender at the Manhattan Special Victim’s Unit — and will be accompanied by his lawyers, Peter Toumbekis and Mark J. Heller. Cops will fingerprint him, and take a mug shot.

From there, as Cuba says … he’ll trust the system.