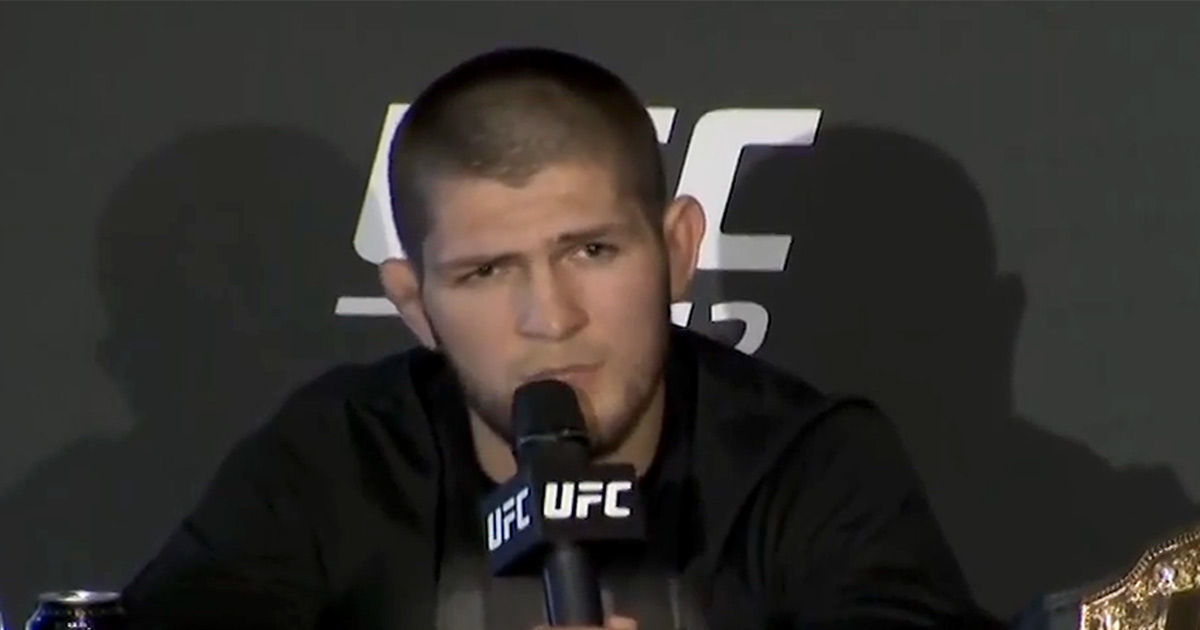 Khabib Nurmagomedov says Conor McGregor is a LOSER who doesn’t deserve a rematch … ’cause he ain’t won a real fight in years.

Khabib and Dustin Poirier were in London promoting their UFC 242 match … when The Eagle was asked about a rematch with McGregor — and let’s just say, if that’s the fight Conor wants, it’s not lookin’ promising.

“Last 3 years he has only 1 victory in amateur boxing. How he deserve a rematch?” … Khabib said.

“He tap. He beg me, ‘please don’t kill me.’ And now he talk about rematch. Tony Ferguson on the line. People who have win streak on the line. Not the guy who don’t win nothing last 3 years.”

The lightweight champ was also asked if he regretted the post-fight melee following the McGregor fight … when he hopped the Octagon fence, jumped into the stands, and tried to fight Conor’s friend, Dillon Danis.

Not only doesn’t Khabib have any regrets … he says he’d do it all over again if the opportunity presented itself.

These guys (still) hate each other.