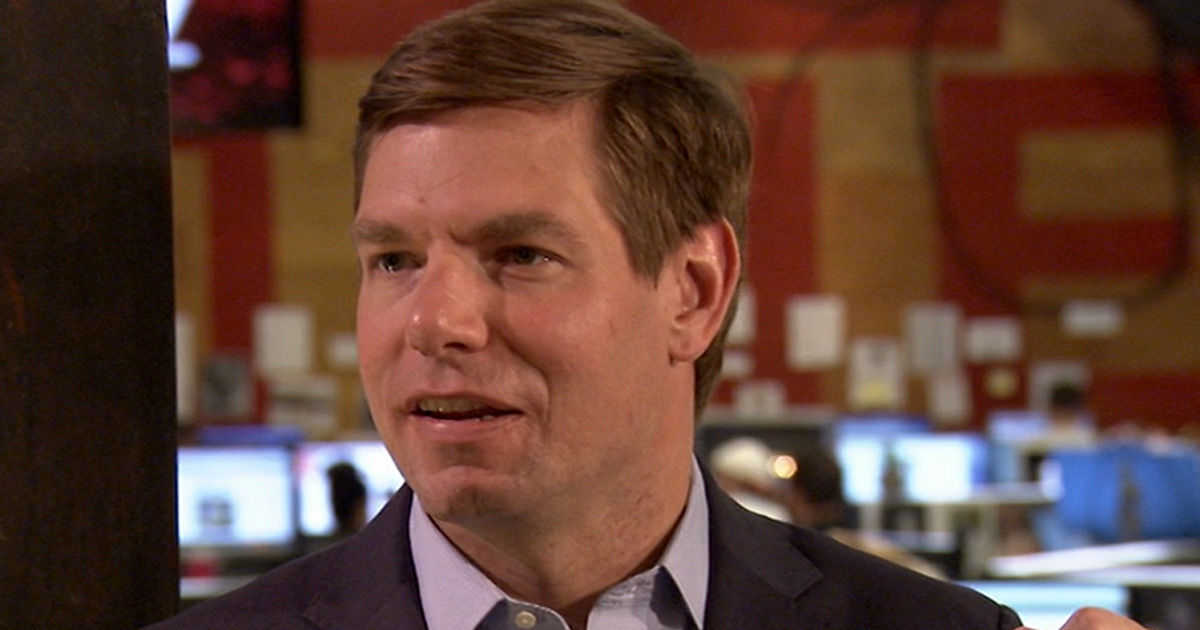 I Gotta Run While Running for Prez

And to Meghan McCain … I’m with Jon Stewart!!!

Presidential candidate Eric Swalwell has an answer for Meghan McCain, who called him out over the 9/11 Victims Fund, and makes it clear … he’s supporting Jon Stewart and all the first responder heroes.

The Democratic Congressman was on “TMZ Live” Thursday responding to Meghan criticizing him for missing Jon’s powerful testimony this week for the House Judiciary Committee. Rep. Swalwell told us his absence was the result of a top-secret matter.

Swalwell has 3 family members in law enforcement and stressed he’s voted to fund the 9/11 Victims Fund before and would continue to support what Jon’s pitching.

As for his 2020 presidential run — the California Rep. says he’s up for the hectic schedule, but there’s one aspect of it that really grinds his gears. He says it’s a MUST that he gets in his daily run. As for how far he goes — it’s pretty impressive, considering he’s traveling almost every day.

We couldn’t let the Congressman go without challenging one of his odd wardrobe habits. Check out his explanation for … ironing his jeans!!!

And, yes, he still does it himself.