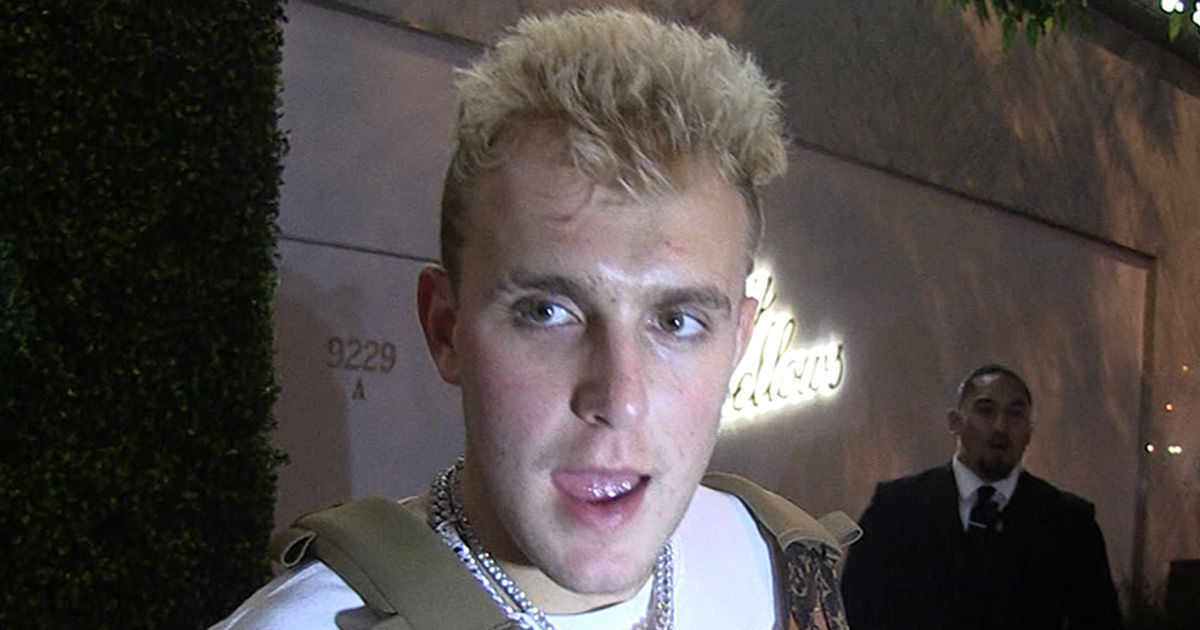 Jake Paul says he ain’t just talk when it comes to fighting celebrities — telling TMZ Sports he’ll throw hands with ANY famous person who wants smoke … as long as they “pull up” to his house.

Of course, Jake’s brother, Logan Paul, DID fight a guy who showed up to his L.A. home looking for a scrap recently — an Ivan Drago wannabe who got the CRAP beat out of him in Logan’s backyard.

Now, with celebrities like Justin Bieber calling out Tom Cruise for an MMA fight (even though he later backed down) … we asked Jake if he’s serious about some celebrity fighting action.

“I will box anybody,” Jake said outside Bootsy Bellows in Hollywood … “I’ll box anyone.”

Jake wasn’t kidding — telling us he’d even take on pro fighters like Deontay Wilder … if Wilder was actually serious about that fight (which he never would because he’s a pro).

In fact, Jake says he doubts anyone will actually take him up on his offer — “When it’s actually time, no one’s gonna pull up.”

He’s probably right … not just because most stars are just too scared, but also because Jake took a fight last year against fellow YouTube star Deji — and Jake won by TKO in the 5th round!!!