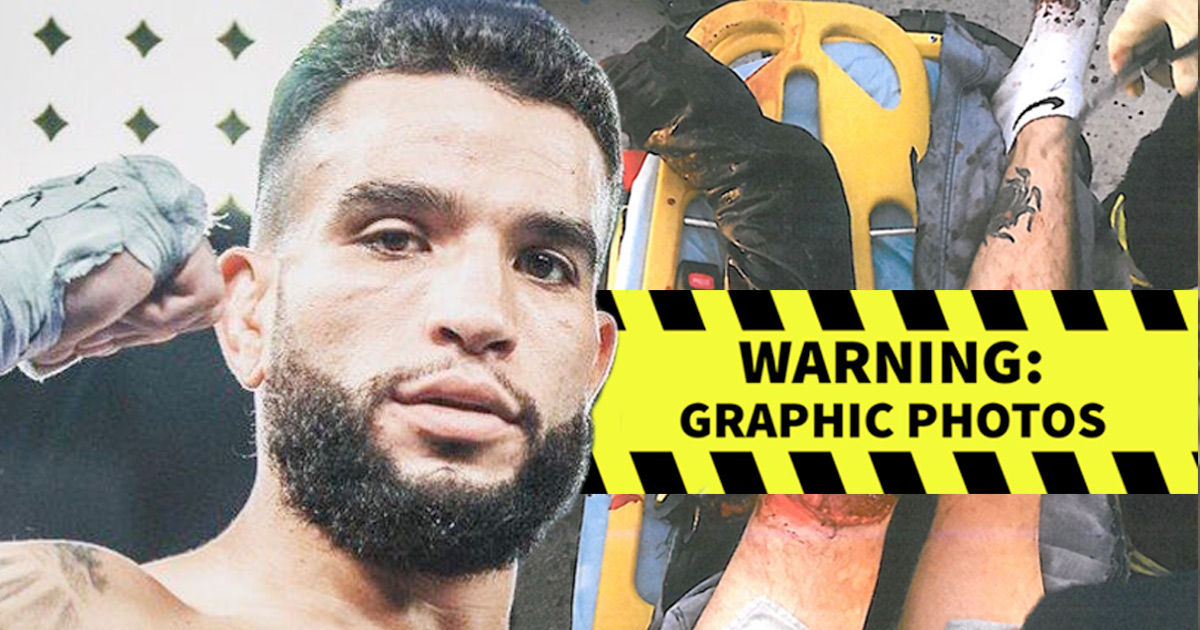 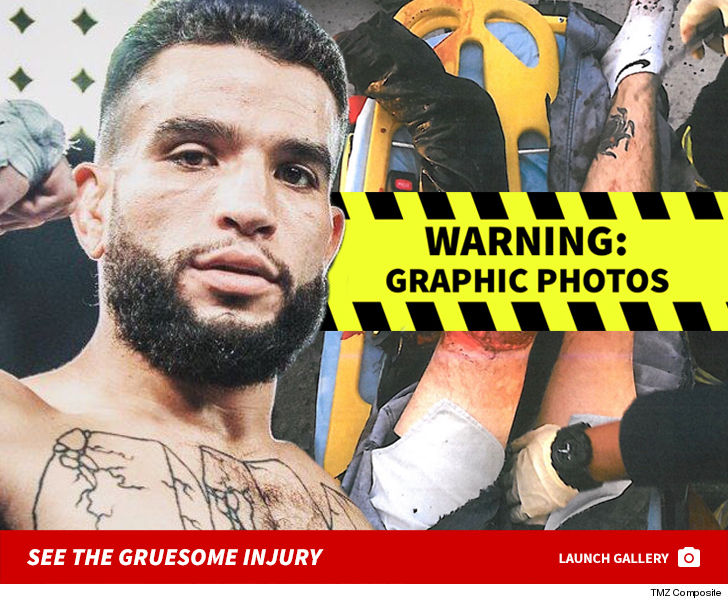 A pro MMA fighter nearly had his leg cut off his body in a gruesome car accident last year … and now he’s suing the California Department of Transportation, claiming it’s responsible for his tragic injuries.

It’s all in court docs obtained by TMZ Sports … Chris Bonilla — a former Muay Thai champ who also fought with the Glory kickboxing promotion — says he crashed into an unmarked barrier on the side of a freeway last year.

Bonilla — 31 years old at the time — claims he was driving on the 10 Freeway in West Covina at around 6 AM when he needed to pull off to the side of the road for an unspecified reason.

But, Bonilla says when he did that … he accidentally crashed into a K-rail that was NOT properly marked. 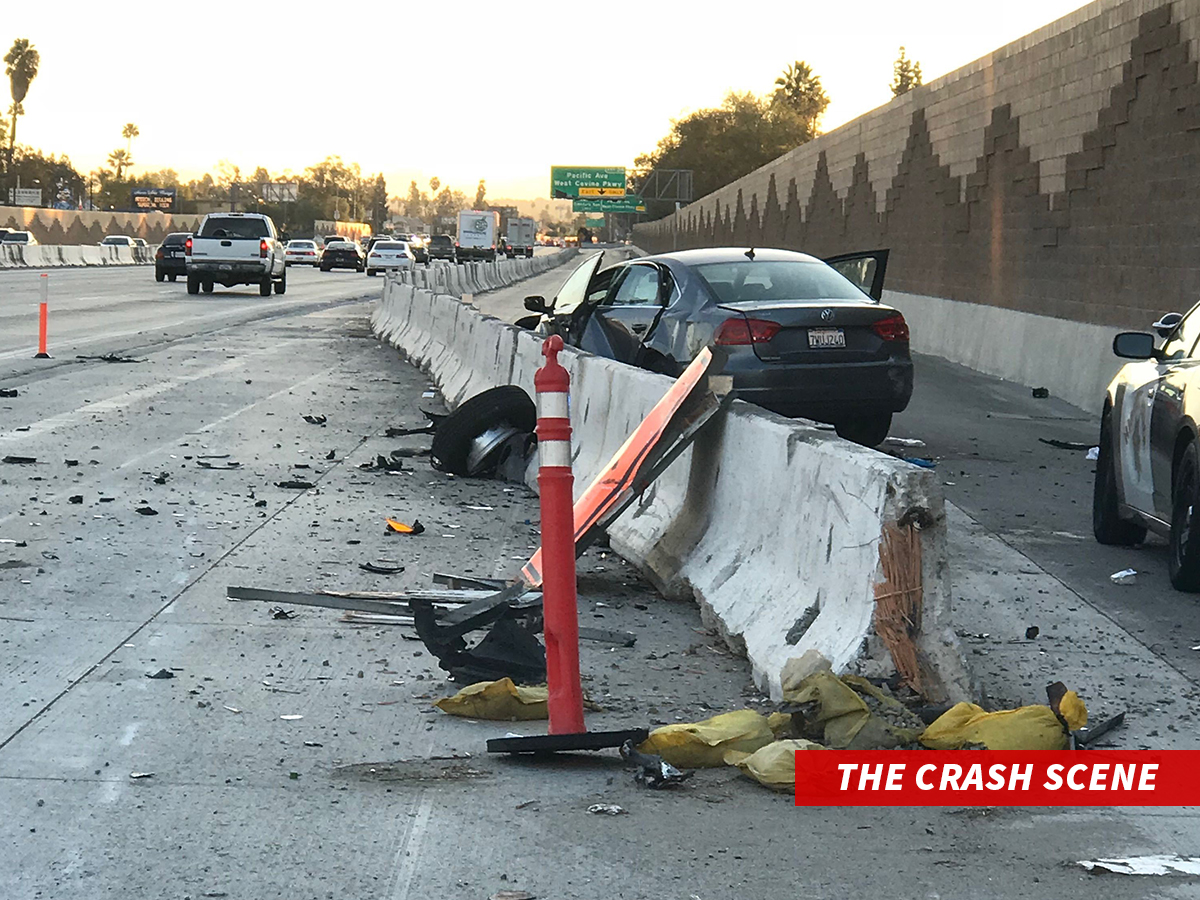 Bonilla says the results of the accident were devastating — his car was split down the side … severing his leg and breaking his clavicle in the process.

Chris says doctors were able to reattach his leg, but he’s facing life-long issues and could have to have the leg eventually amputated. 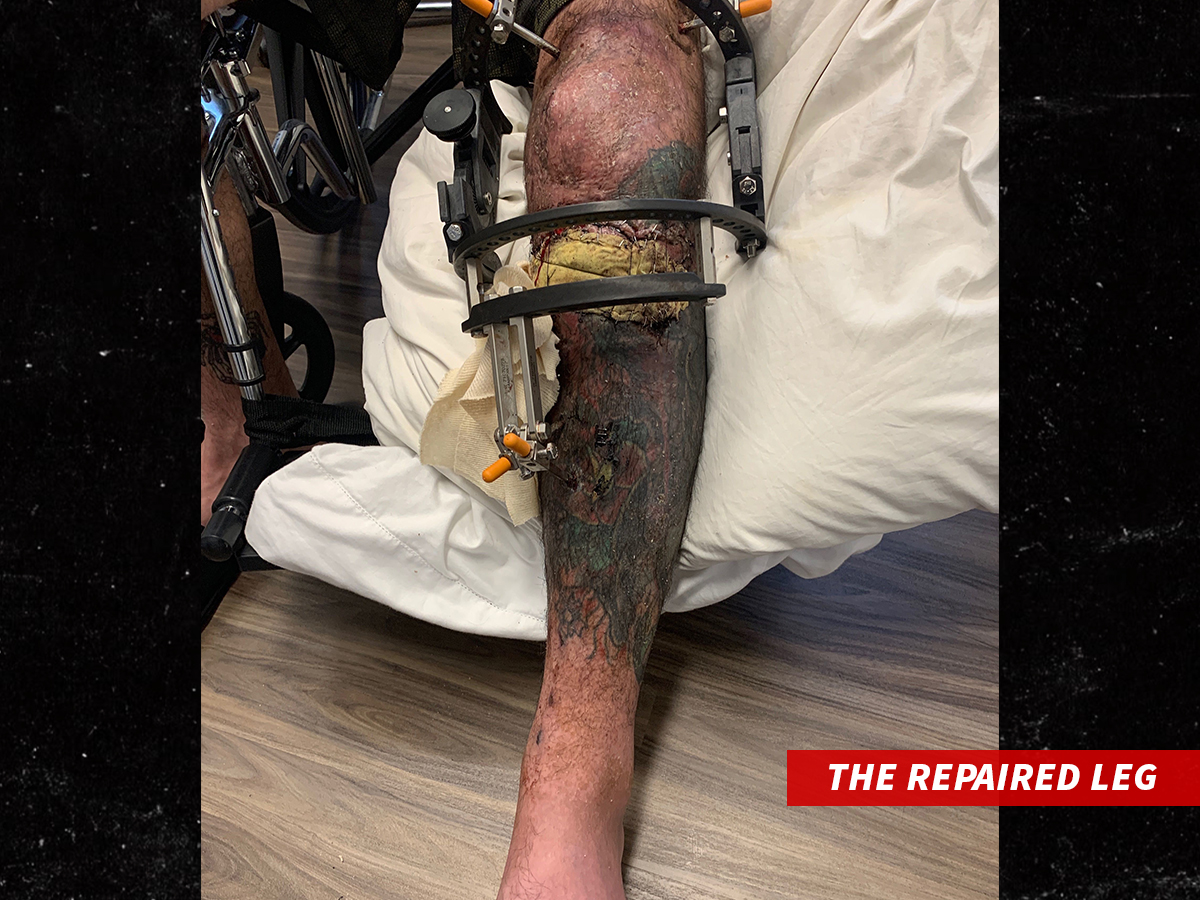 Bonilla is now suing the California Department of Transportation for unspecified damages … claiming it did not properly provide the necessary protections to prevent these of types of accidents from happening.

Bonilla — a 5’10” fighter who tipped the scales at around 150 pounds during his fighting days — is doing better after surgery, his attorney tells TMZ Sports … but his leg is still in “bad shape.”