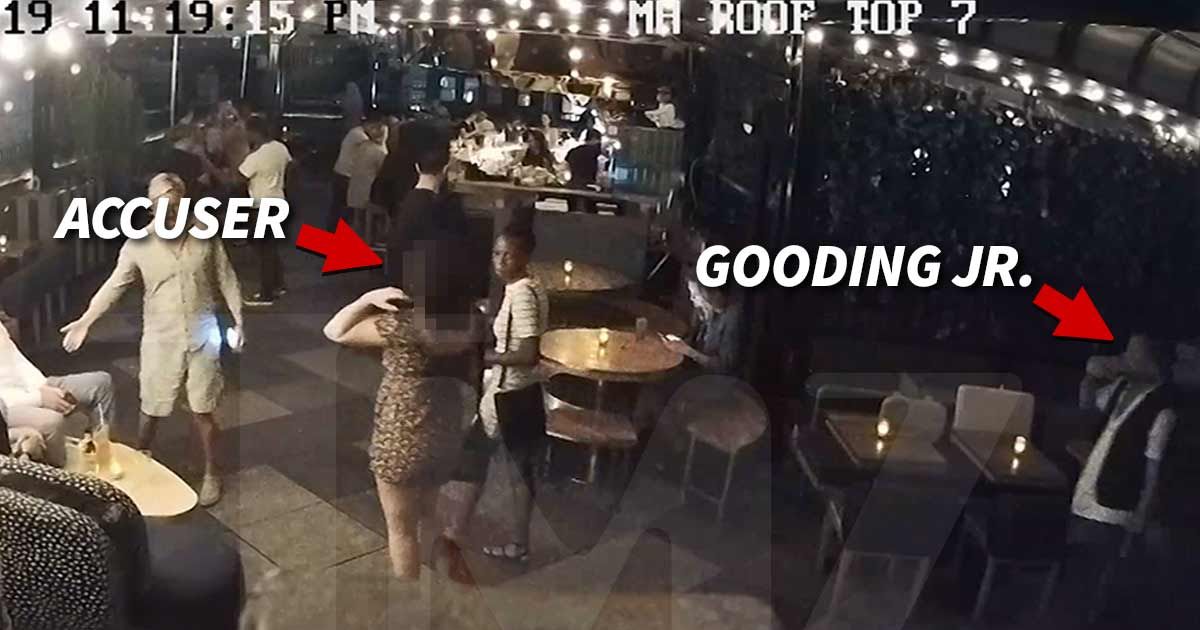 Cuba Gooding Jr. and his accuser were nearly face-to-face one full hour AFTER he allegedly groped her breast in the NYC bar … and she appears to be trying to interact with the actor. The question is … why?

We’ve combed through well over an hour of the surveillance footage we obtained, and it shows one final encounter between the accuser and Gooding. Based on the video’s time stamp … at 11:19 PM on June 9 … Cuba, his GF, Claudine De Niro, and the accuser all walked into the rooftop deck area of Magic Hour Rooftop Lounge.

The interaction is interesting … Claudine walks in first and goes to talk to some friends. A mere TWO seconds later, the accuser walks in right behind Claudine … and just THREE seconds later, Cuba walks into frame, accompanied by a security guard.

What’s unclear is if she is trying to confront Gooding about the alleged groping, or if she’s trying to hang out with him.

Remember, this is 64 minutes after the accuser’s first contact with Cuba … when he clearly, and admittedly, touched her thigh. Right after that, she claims he touched her breast without consent. Gooding says he only reached for her hand to kiss it.

Back to 11:19 PM … Claudine eventually followed Cuba and walked to the far end of the bar, off-camera with him, the host and the security guard. We know police arrived shortly thereafter. It’s unclear exactly when the accuser called police — whether it was before or after this 11:19 PM interaction.

Worth noting that at no point on the surveillance video we’ve obtained do you see an angry interaction between the accuser and Gooding that required security to step between them — as was initially reported.

Gooding’s lawyers, Mark Heller and Peter Toumbekis, dispute the accuracy of the time stamp on this video, because they say Cuba had left the bar around 10:45 PM.