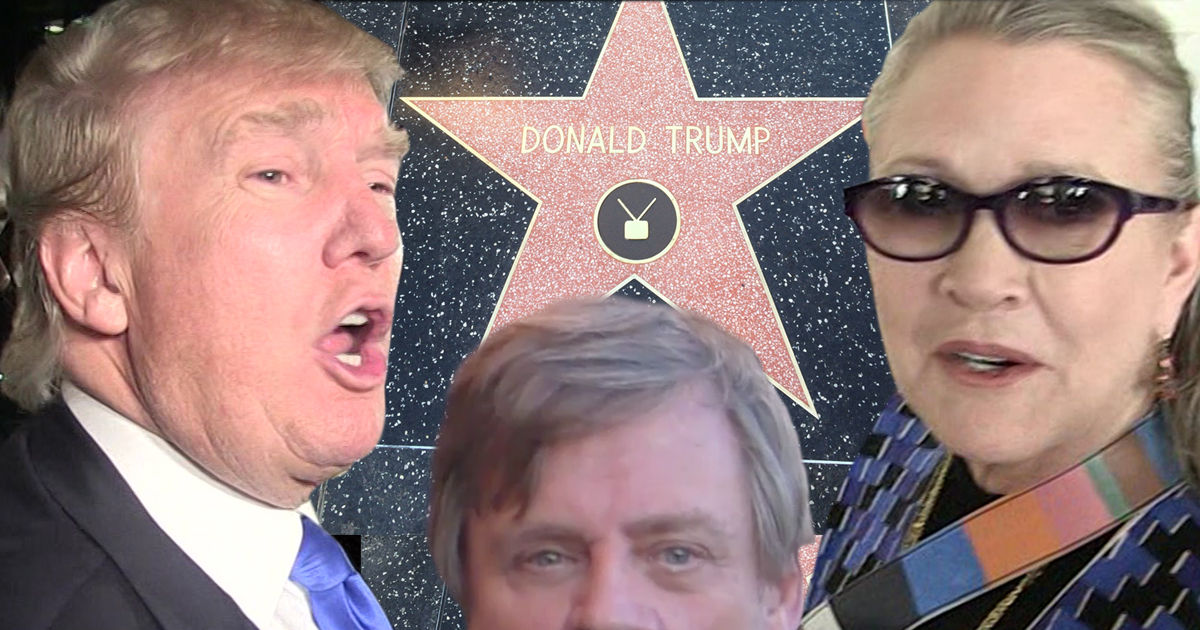 … Despite New Push From Mark Hamill 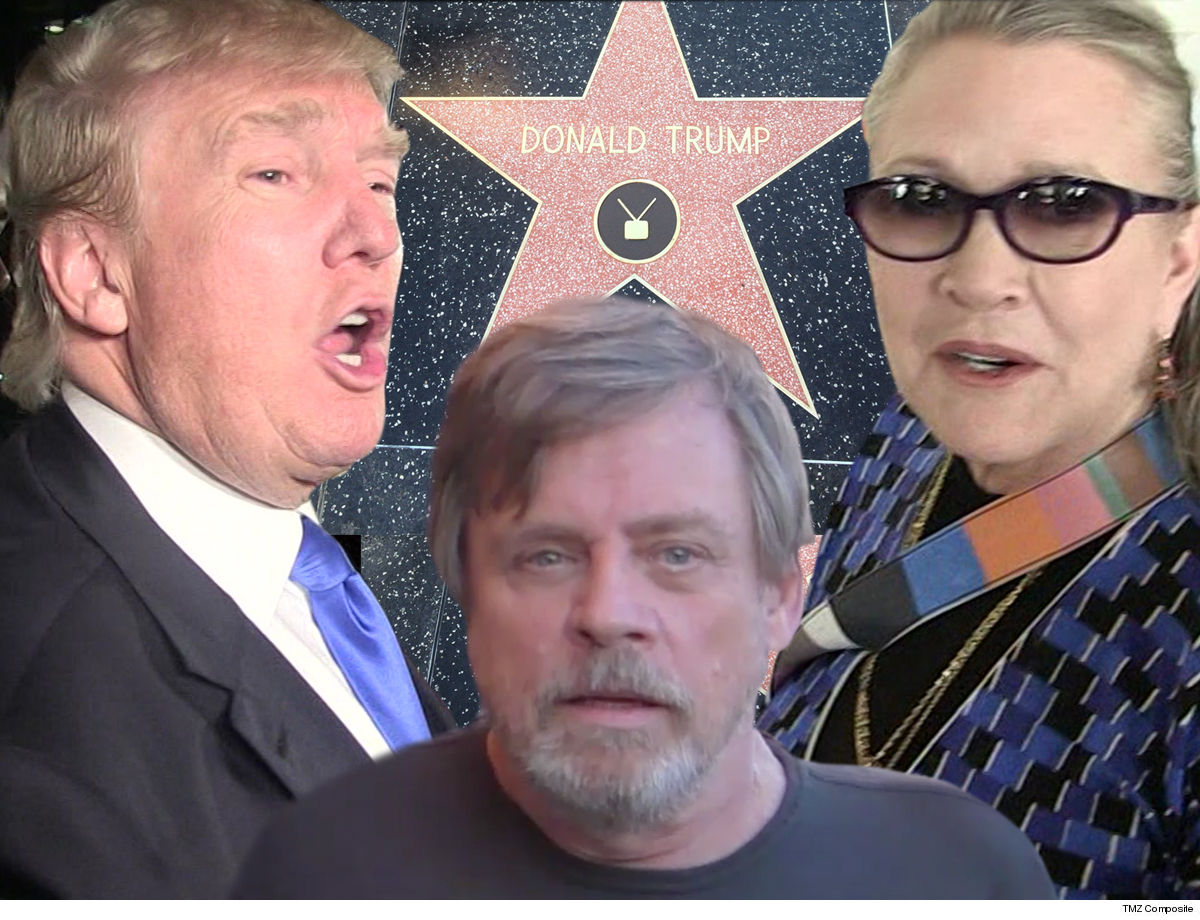 Carrie Fisher is still years away from getting a star on the Hollywood Walk of Fame despite a massive push from Mark Hamill and “Star Wars” fans … but when she does, she won’t be replacing Donald Trump‘s star.

Mark ignited the movement to get Carrie a star to replace Trump’s … tweeting Wednesday morning in favor of the West Hollywood City Council approving a proposal calling for the removal of the President’s star.

Good riddance! (and I know just who should replace him….)#AStarForCarrie ⭐️ https://t.co/DF53fOxshK

The Hollywood Chamber of Commerce tells TMZ … they would love to consider Carrie for a star on the Walk of Fame, but because it didn’t happen before her death … the process is a little complicated.

In most instances, a celeb can be nominated by anyone, but the application has to include a written statement from the celeb stating she or he wants the star and will attend the ceremony if approved.

But in the case of a deceased celeb … the Chamber of Commerce can only give out a star on the 5th anniversary of their passing, and with the written consent of their family members … and only one deceased nominee gets approved each year.

Trump’s star has been targeted by vandals time and time again … being defaced by fake blood, a golden toilet and a pickax.

While some want Trump’s star scrubbed forever … the Hollywood Chamber of Commerce tells us that ain’t happening … and they say they would never replace any celeb’s star in favor of someone else’s.

Trump received his star in 2007 for his work producing beauty pageants … and Hamill got his star early last year, with Harrison Ford paying tribute to Carrie during the ceremony.

The Chamber of Commerce tells us they’re still hoping Carrie’s family will contact them during the 5th-anniversary of her death so she can finally get her star.