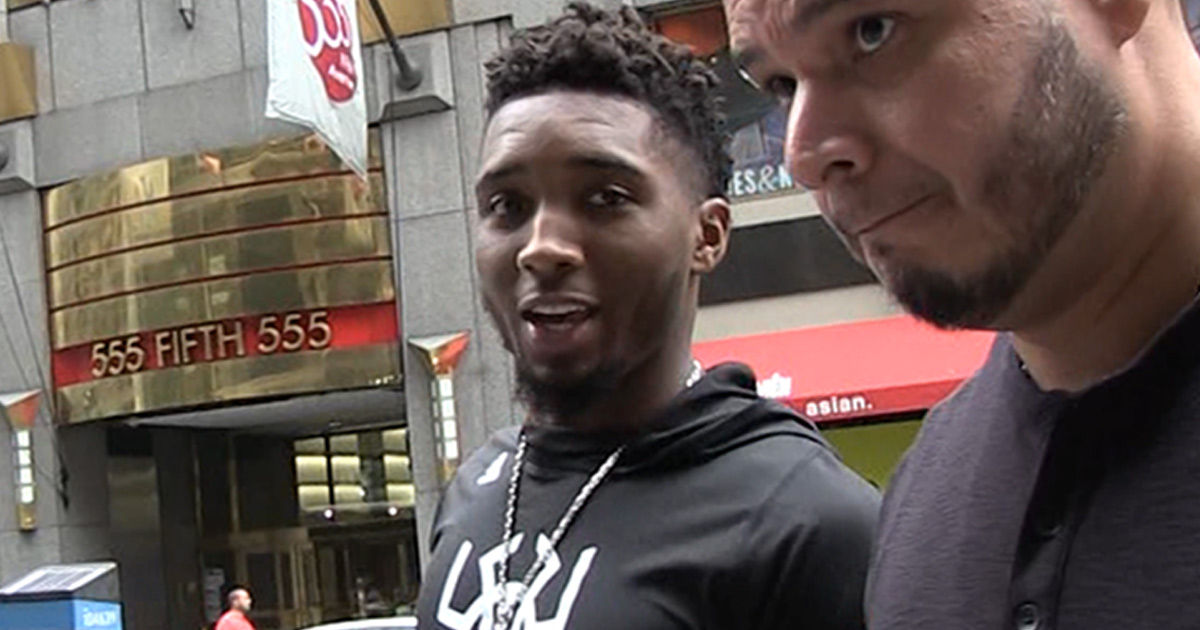 Donovan Mitchell says he’s totally stoked to play with his new teammate, Mike Conley … giving TMZ Sports his stamp of approval on the huge trade that sent the guard to the Utah Jazz.

Spida was out at the Adidas store in NYC just hours after the trade went down on Wednesday … so we had to ask what he thought of the move.

“Really excited,” Mitchell says.  “Having Mike is a great piece and i’m excited to play with him.”

FYI — the Jazz sent Kyle Korver, Jae Crowder, Grayson Allen and their 2019 draft pick to land the 12-year vet … but Mitchell is confident giving up those role players for a “big piece” like Conley will benefit the team.

Spida SHOULD be excited … a lot of people are saying the move makes the Jazz legit contenders to make the NBA Finals next season … and they haven’t been there since 1998 (shoutout Stockton and Malone).

BONUS — we also asked Mitchell — the 2018 Slam Dunk contest winner — who would win in a dunk contest between him and Zion Williamson … and his answer will surprise you!!!