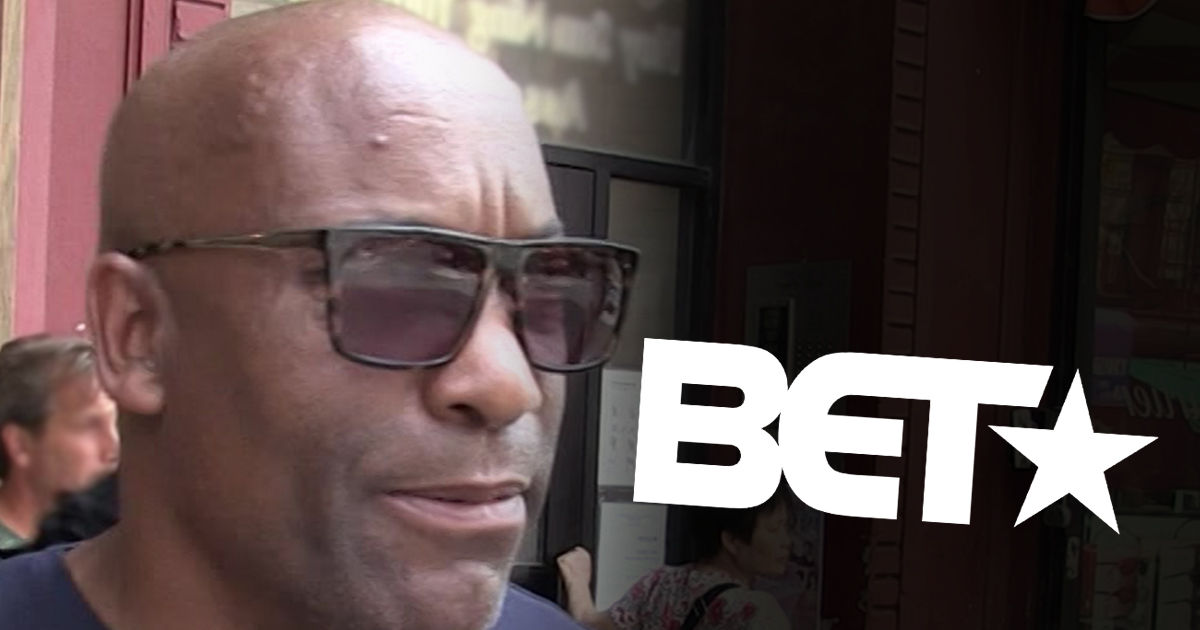 Family Not Griping About BET Tribute 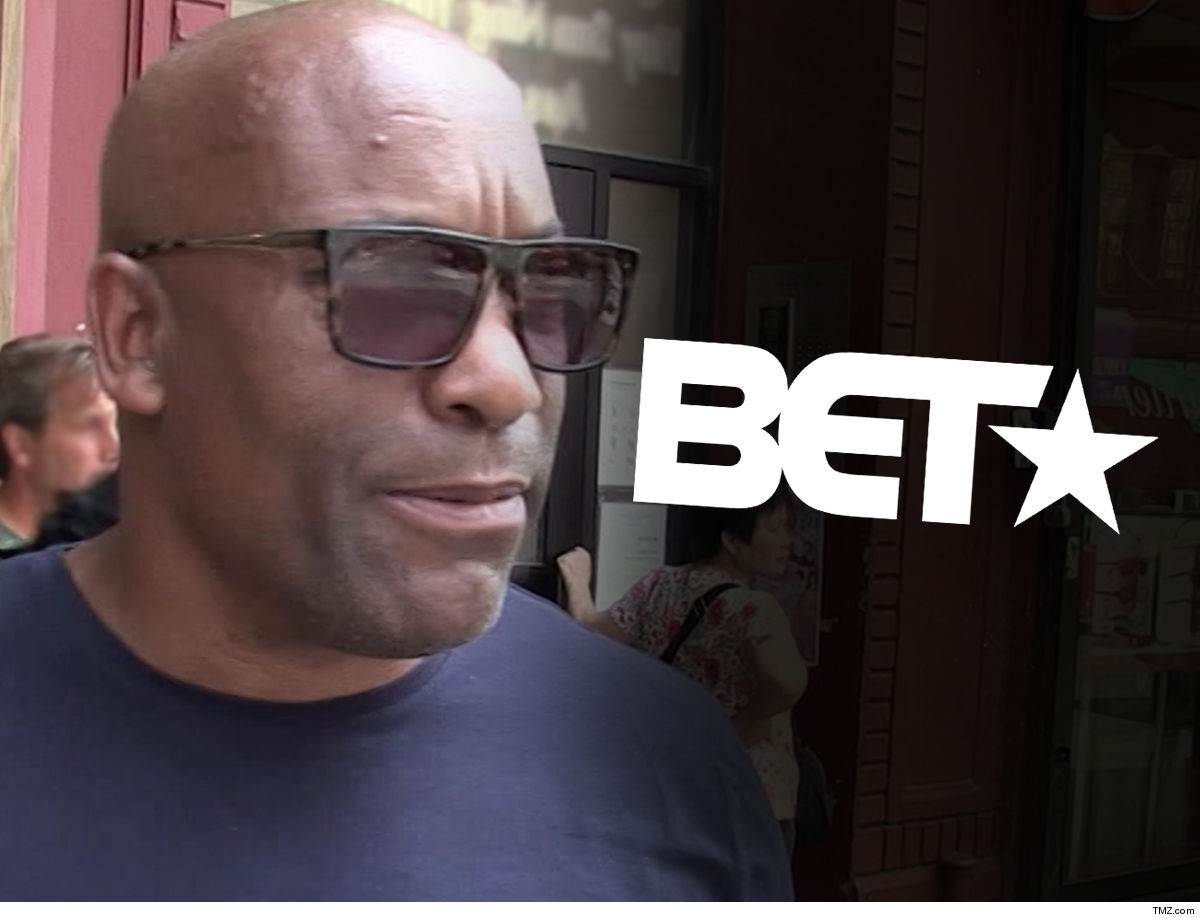 John Singleton‘s family as a whole isn’t up in arms about his BET Awards tribute — despite the mother of one of his kids raising hell that it was lacking.

Shelia says Tosha doesn’t speak for the family, and the fam doesn’t share Lewis’ feelings at all. 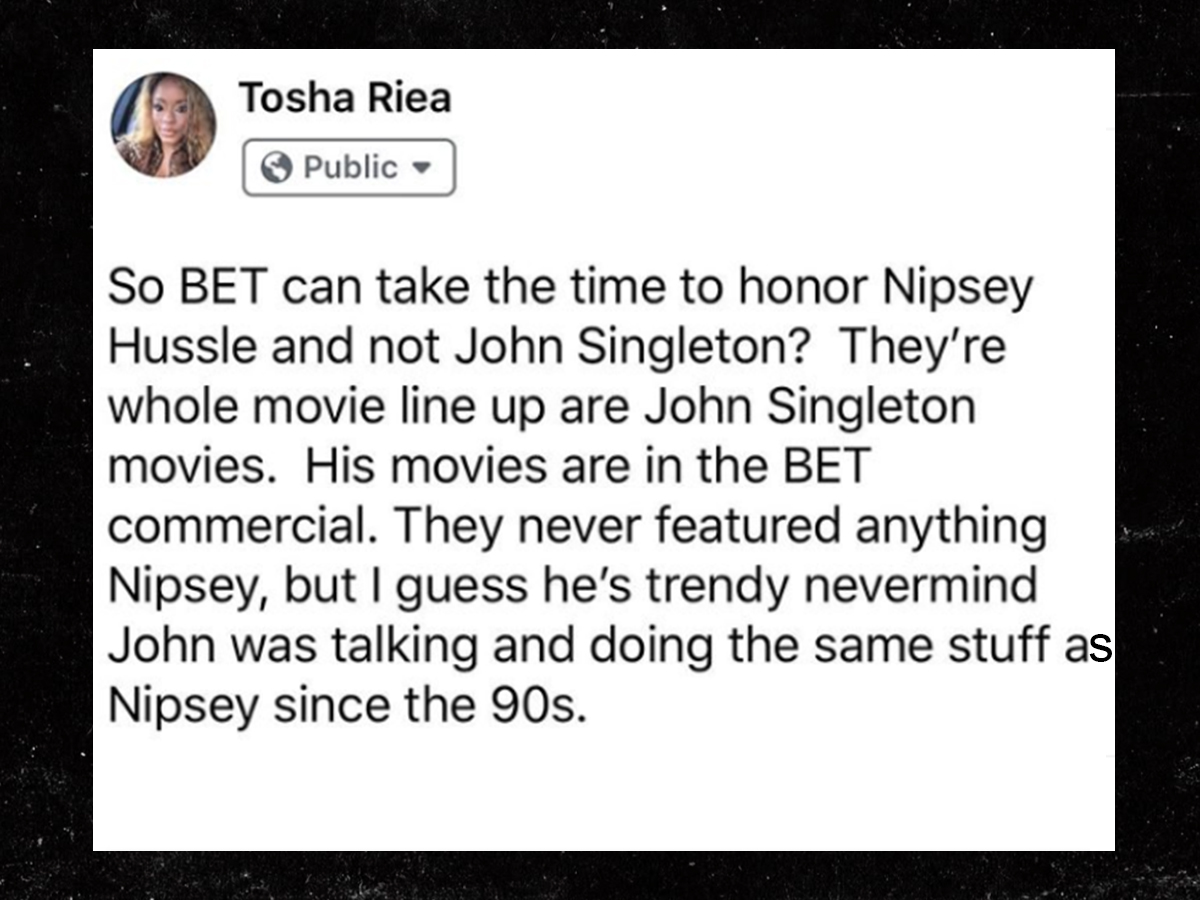 If you missed it, Tosha blasted the award show Sunday night for taking time to honor Nipsey and not John, saying about Hussle … “I guess he’s trendy nevermind John was talking and doing the same stuff as Nipsey since the 90s.”

When fans pointed out BET did include a tribute to Singleton — led by Morris Chestnut and “Snowfall” star Damson Idris — Lewis shot back saying it wasn’t enough compared to Nipsey’s.

Shelia’s bottom line is simple — if Tosha has beef with BET or Nipsey’s family, that’s totally on her … leave the Singleton family out of it.

As we’ve reported, there has been no shortage of feuds within John’s relatives since he died in April … including a restraining order filed, a battle over his estate and the hiring of a private investigator over suspicions surrounding his death.