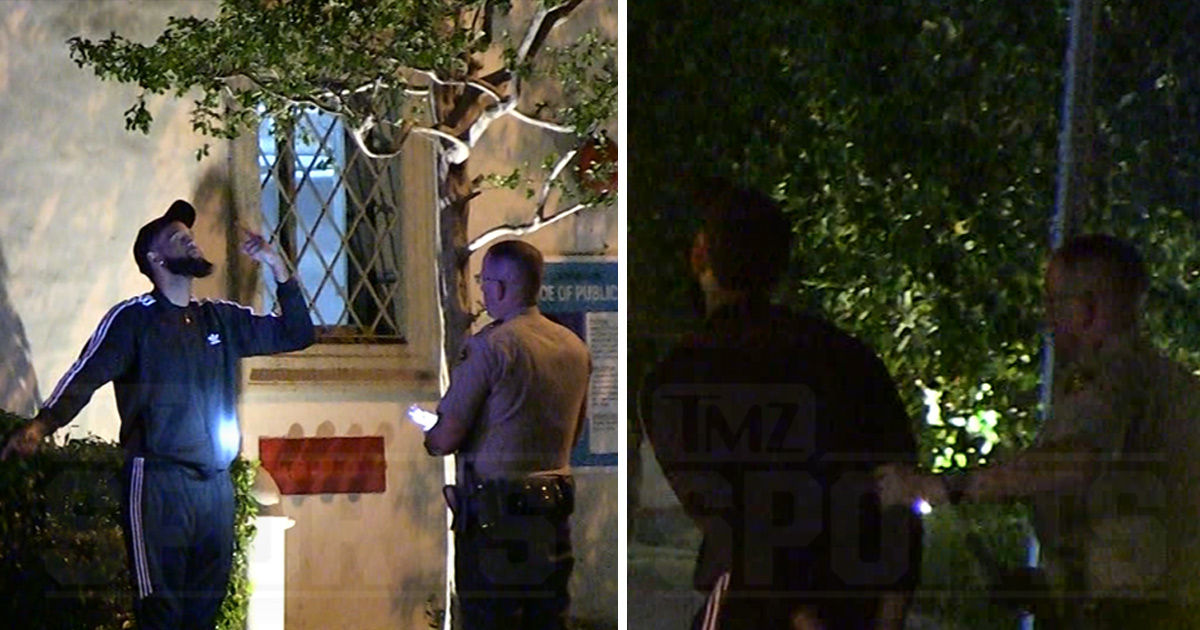 NBA veteran Allen Crabbe — who was just traded to the ATL Hawks — was arrested for DUI on the Sunset Strip late Tuesday night … and TMZ Sports has the video.

We’re told cops noticed the 27-year-old was “straddling lanes” around 11:30 PM — so they pulled him over … and during the stop, the officer suspected he was drunk.

The 6’6″, 210 pounder was asked to step out of the car to perform a field sobriety test — which he did — and while it didn’t appear he bombed it (based on the video we shot) … the cops still felt he was under the influence.

In fact, we’re told he blew a .08 — which is EXACTLY the legal limit in California … so Crabbe was arrested and booked for misdemeanor Driving Under the Influence.

We’re told Crabbe couldn’t have been more cooperative with police. He was taken to a nearby station where he was held for a few hours. We’re told he’s currently in the process of being released.

We spoke to someone close to Crabbe who tells us he’s in town to work with the Frederick K. Price III Christian School in South Central, where he’s volunteered time and money over the years.

Crabbe has reportedly made more than $77 million during his 6 years in the NBA — and he’s set to make $18.5 mil next season.