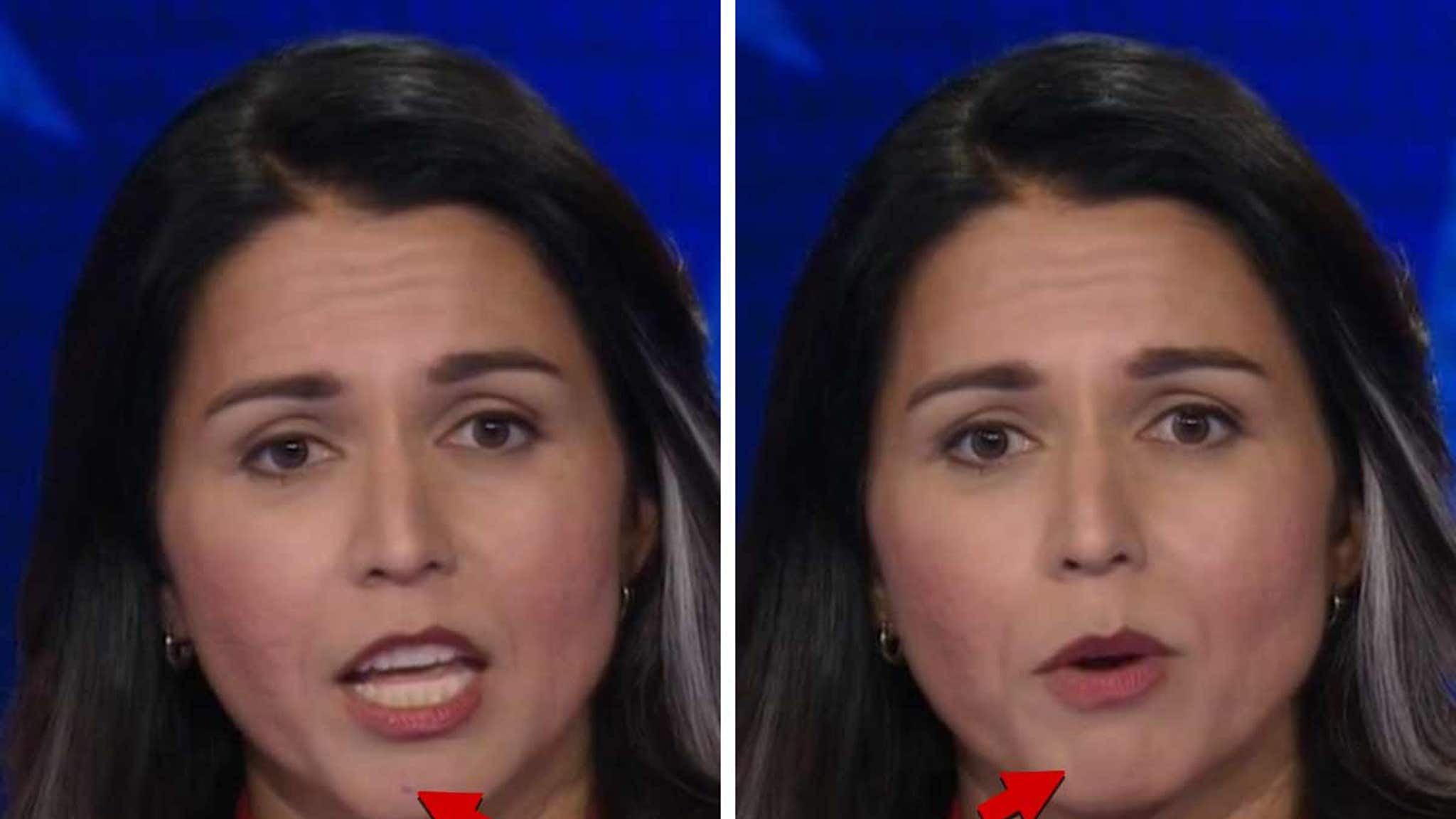 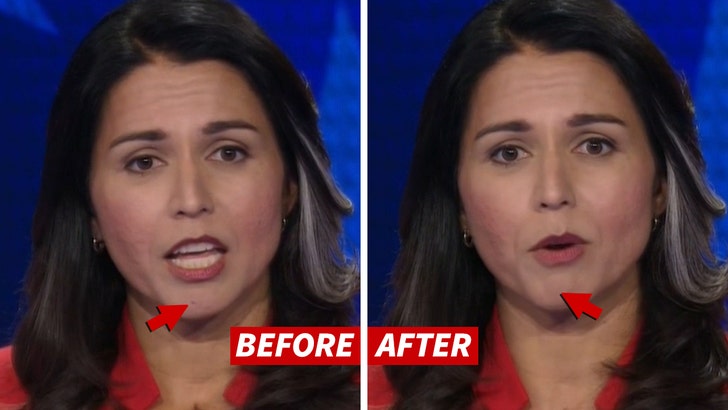 Rep. Tulsi Gabbard is at the center of perhaps the most puzzling moment of the Democratic debates, because a magic act happened on her chin … and the question is WHO’s the magician??

The Congresswoman from Hawaii was talking foreign policy during the debate — specifically the possibility of America going to war with Iran. Important stuff, no doubt. However, as Gabbard spoke many viewers focused on her chin and what appeared to be a tiny zit — nothing that would require Dr. Pimple Popper or anything, but still … it was there.

Then it happened. Seriously, if you haven’t seen it … YOU MUST. Within a matter of seconds the blemish simply vanished … AS Tulsi was talking!!! Remember, this is on a close-up camera, ON live television.

Look, we know this has zero impact on real Presidential issues … but it’s also kinda hard to ignore when ya see it happening clear as day on LIVE TV!

We’ve reached out to NBC, which was responsible for the debate broadcast, and also Rep. Gabbard’s campaign office. No word back from either … but we’re guessing the Congresswoman’s as baffled as we are.

Seriously, folks. Where’s Zapruder when ya need him??