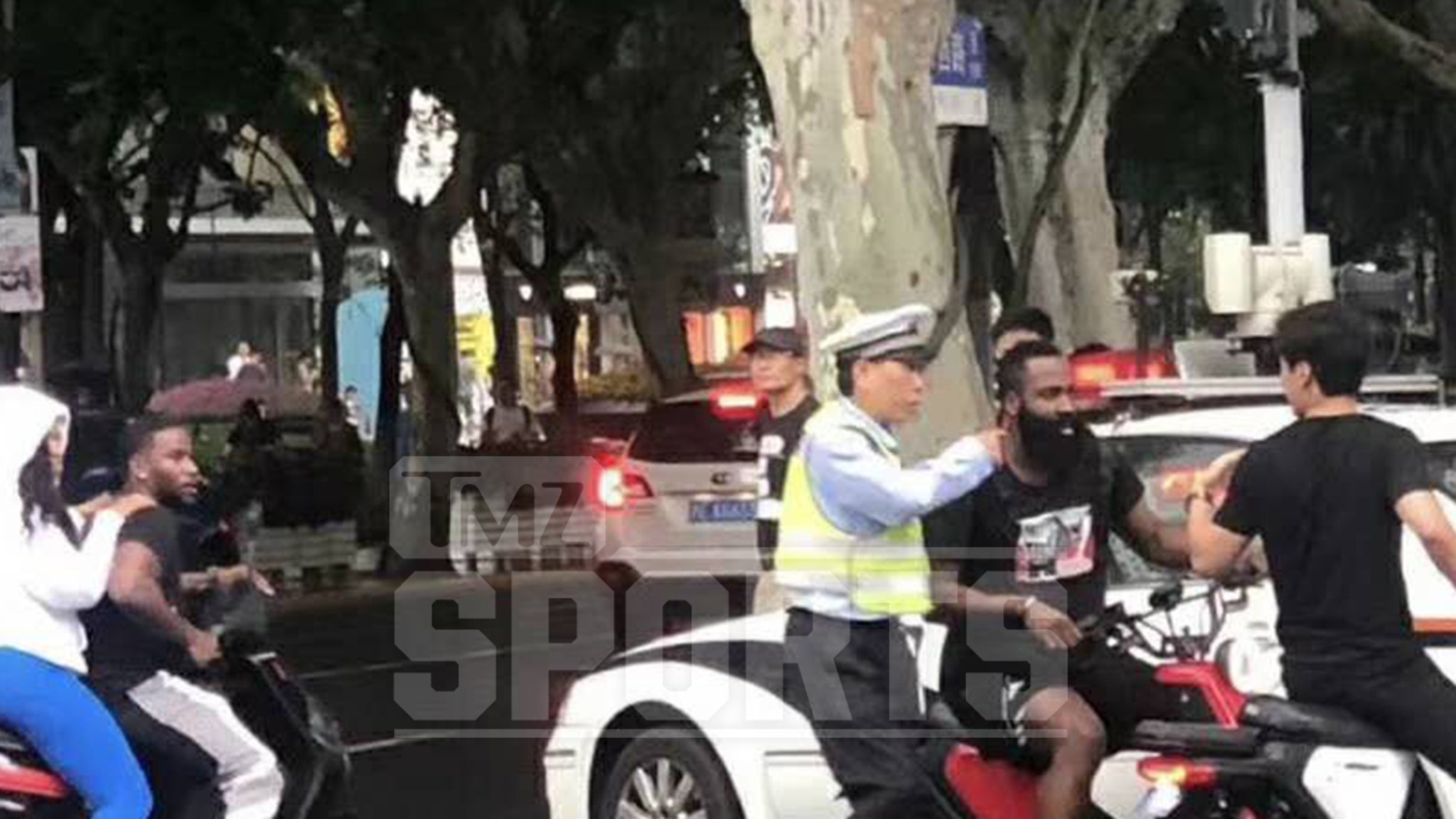 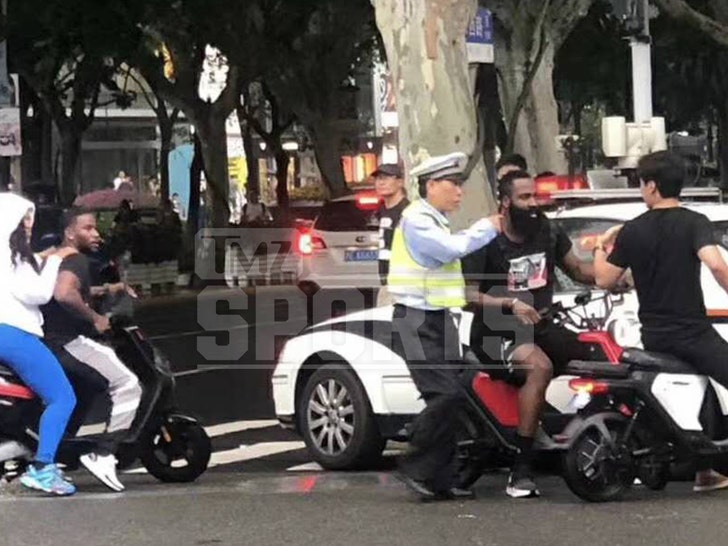 James Harden may have been rocketing down a Shanghai street a little too fast, because he was corralled by cops and slapped with a ticket.

Khloe Kardashian‘s ex was cruising on a scooter Friday when he was pulled over. It’s unclear exactly what he did wrong — allegedly — but whatever it was caught the eye of police. BTW, Shanghai is crawling with cops. 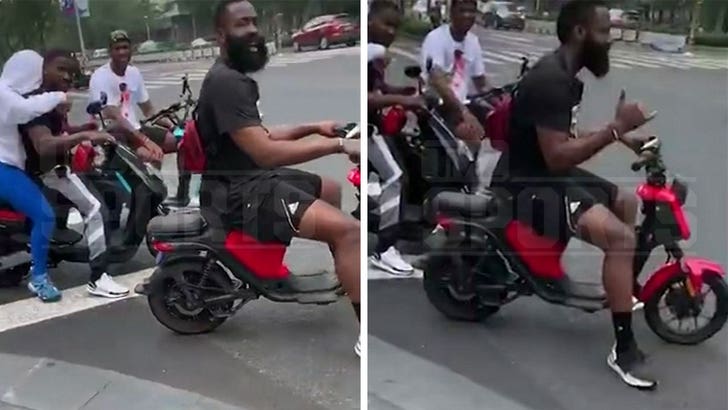 It looks like he was riding with friends, and they went on their merry without incident.

The Rockets star has been in China for more than a week doing a promotional tour for Addidas.  He’s done a meet and greet with fans at the Beijing University of Technology and led a youth basketball clinic at the Tianhe Sports Center in Guangzhou. 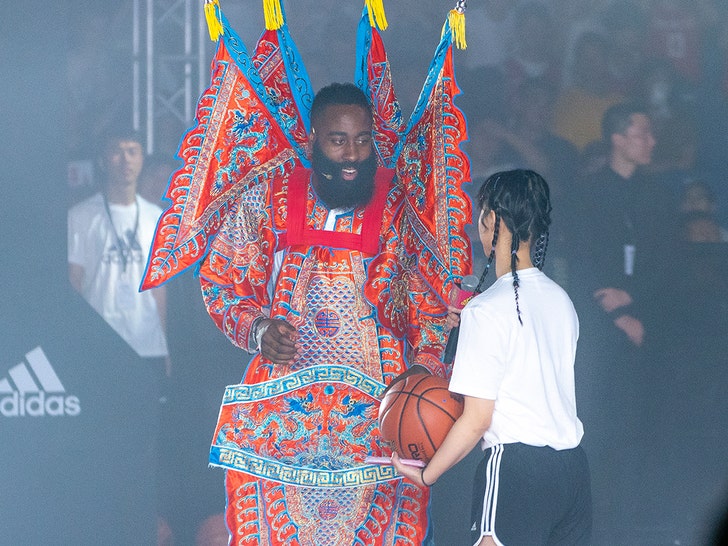 Harden and the Rockets are super popular in China. He made similar trips in 2016 and 2017.    The team played preseason games in China back in 2016.