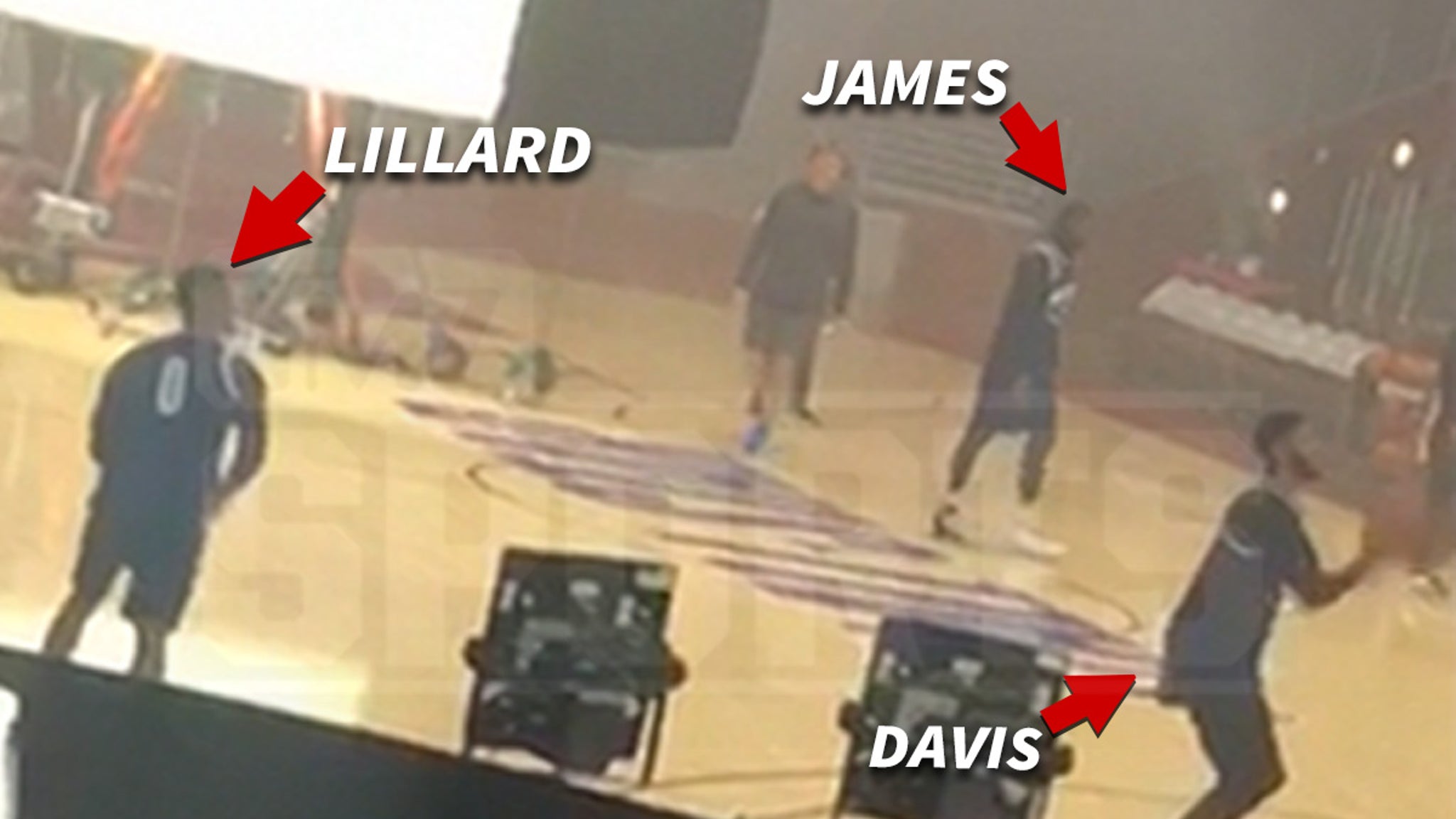 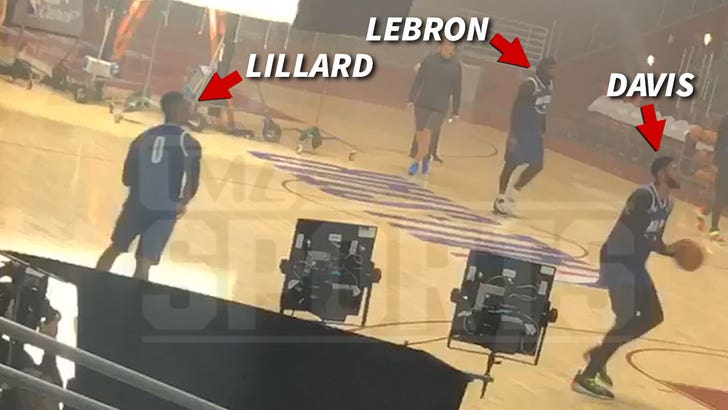 Here you go Lakers fans … the first clip of LeBron James and Anthony Davis playing together on the same court since the trade … and it all went down on the set of “Space Jam 2.”

The NBA superstars have been hoopin’ together while shooting the flick in Los Angeles. You can see the guys warming up alongside Damian Lillard and a few WNBA stars who are appearing in the movie.

There’s another guy rocking a #2 jersey — but we couldn’t positively identify him. We’re told the players in the movie are wearing jerseys reflecting their jersey numbers in the NBA. So, if you recognize him, let us know in the comments!!!

As we previously reported, Klay Thompson has been on the set … though it’s unclear if his knee injury will prevent him from shooting scenes. Draymond Green was also spotted on set working out with the guys.

By the way, LeBron has been wearing #6 on the set — and Davis has been wearing #23. Interesting, considering reports that LeBron would be ceding his #23 Lakers jersey to Davis and returning back to #6, the jersey he wore while playing in Miami and also during his Team USA days.

Chris Paul is reportedly set to appear in the movie as well — but he hasn’t been on set … because he’s been out of the country with Aaron Rodgers hosting a golf tournament in the Bahamas.