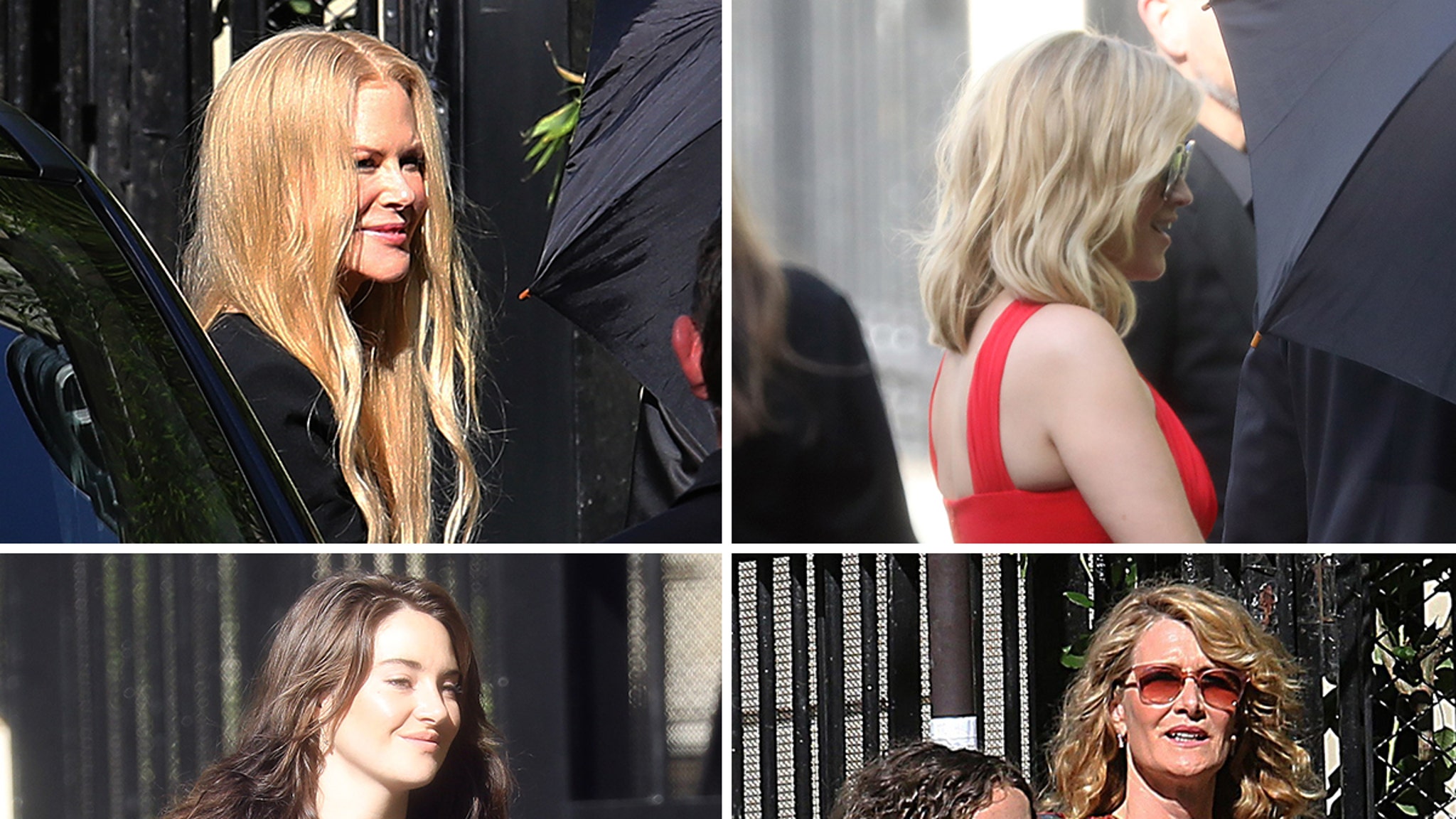 Zoë Kravitz is just the latest celeb to be tying the knot in France — except her guests of honor are basically a who’s-who of Hollywood … Monterey style.

The actress held her wedding with fiance Karl Glusman Saturday in Paris, where much of her co-stars from “Big Little Lies” showed up in style. Nicole Kidman and her hubby, Keith Urban, were on hand, as was Reese Witherspoon, Laura Dern and Shailene Woodley. — aka, The Monterey Five.

No sign of Meryl Streep here — she just joined the series for Season 2 — but at least Bonnie’s got her girls by her side in a much lighter atmosphere.

BTW, even ‘Fantastic Beasts’ star Eddie Redmayne was in attendance for Zoë’s big day — Cara Delevingne and Denzel Washington were too (DW’s tight with her dad, Lenny Kravitz). The guest list was pretty much a repeat of their pre-wedding bash event earlier in the week.

Zoë’s ‘BLL’ character might be down in the dumps on TV, but ya gotta imagine she was beaming in real life today. We’ll be on the lookout for pics of the bride in her dress and add ’em once we get ’em.

Jussie Smollett Roasted Online for BET Awards Appearance
Camille Vasquez Will Spend 38th Birthday with BF and Elton John
DDG Cleared on Gun Possession Charges in Los Angeles
Ryan Garcia Promises To Knock Out Gervonta Davis Next Fight, ‘Put You To Sleep!’
R. Kelly Will Get Sexual Disorder Treatment, Have No Contact with Minors Upon Release