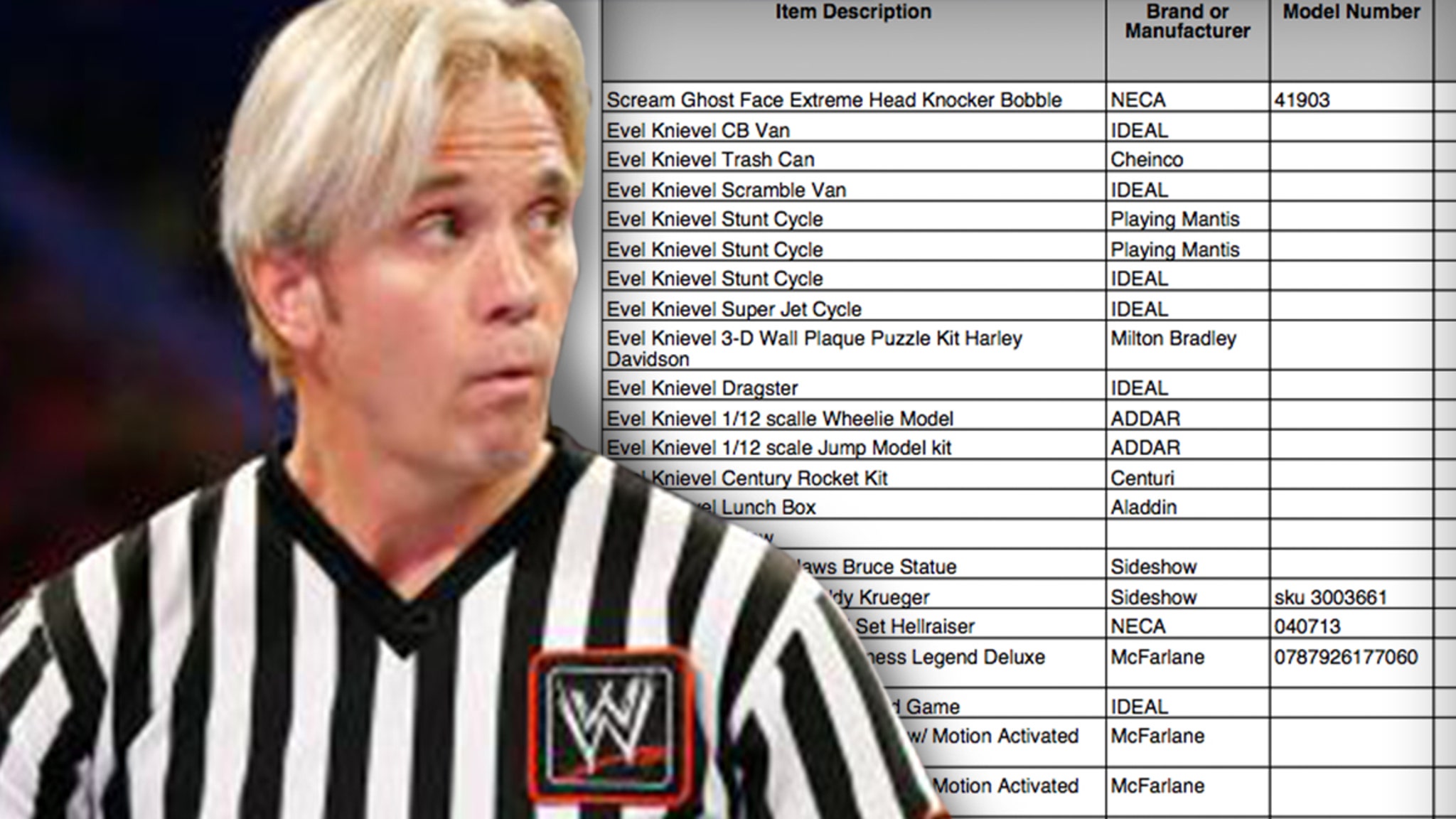 Legendary WWE referee Charles Robinson — AKA Little Naitch — had $55k worth of his prized possessions stolen from his storage unit last month … and now he’s on the hunt for the scumbag who took his stuff.

Robinson is a hardcore collector of Hollywood memorabilia and wrestling collectibles … he’s been socking away some VERY cool movie and TV items for decades.

Problem is … when Robinson went to check on his storage unit in Charlotte on May 28 — he saw someone had broken into the unit and jacked all of his stuff.

Some of the stuff that was taken includes ultra-rare Evel Knievel stunt cycle toys, collectible “Chucky” dolls, “Friday the 13th” action figures, “Planet of the Apes” lunchboxes and WWF keepsakes.

Robinson went to police and filed a report — but so far, officials haven’t been able to track down the culprit.

The crazy part — one of Robinson’s items — a “Jaws” statue (valued at $2,400) popped up on eBay on Thursday night … but the seller’s post and username were taken down before he noticed.

As for the storage company … Robinson tells us security cameras didn’t catch the act. Plus, he feels the company doesn’t really seem concerned about helping him out.

Robinson is the most recognizable ref in the biz — plus, he was famously in the ring for Ric Flair‘s retirement match at WrestleMania 28. He’s been part of WCW and WWE for 18 years.