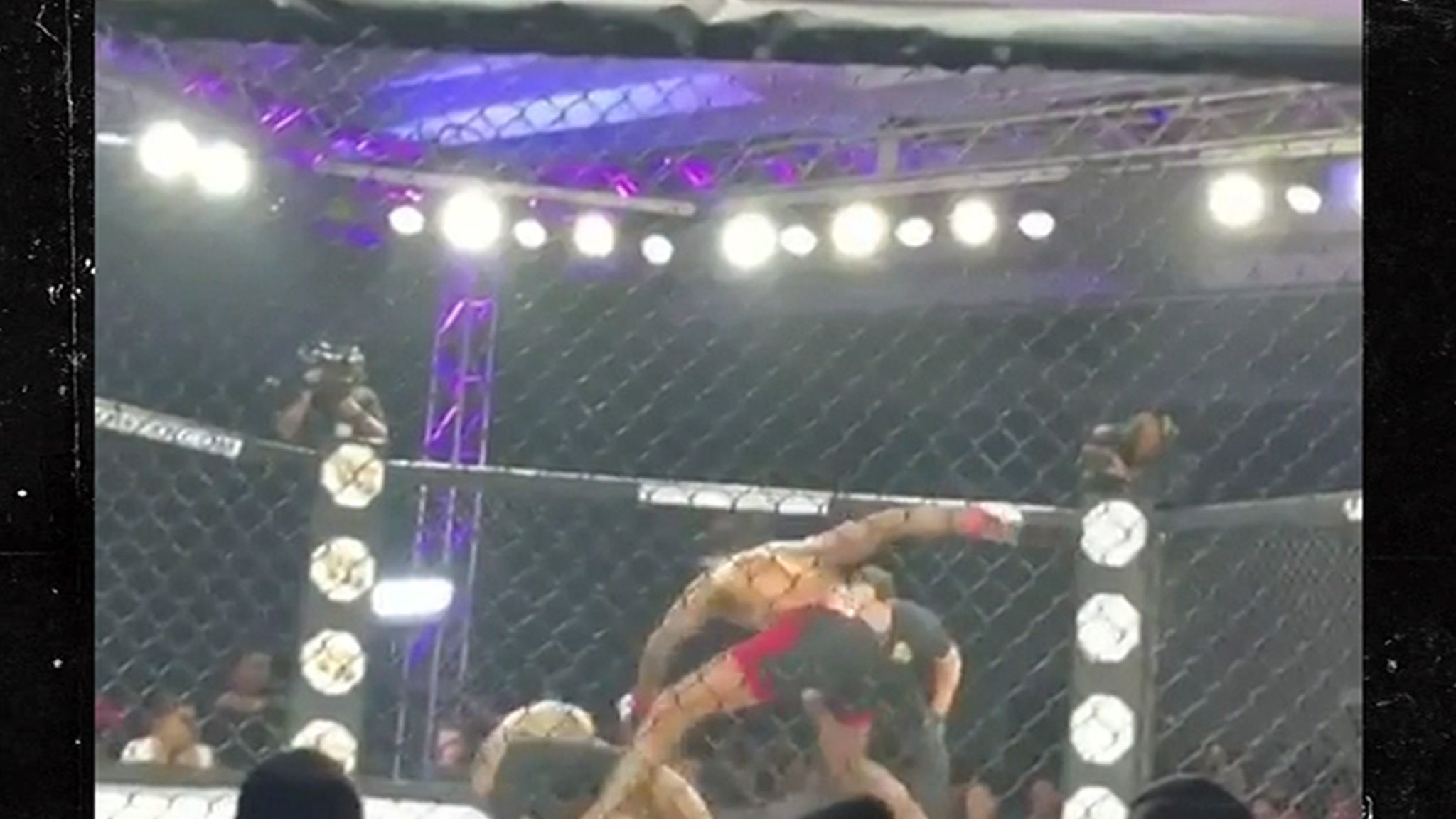 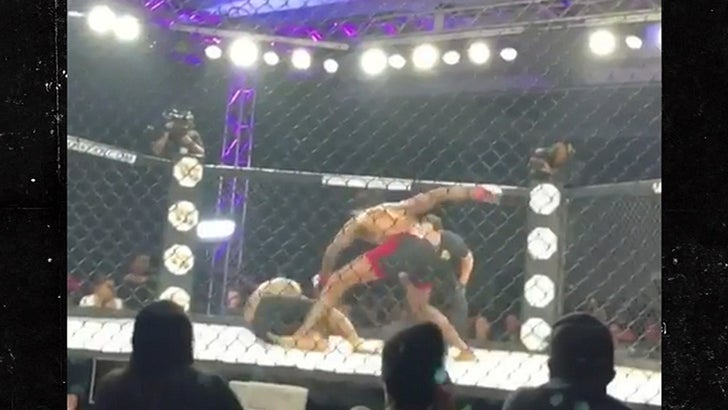 The 27-year-old played 4 seasons in the NFL for various teams — including a stellar 5-sack season with the Chargers in ’17 — but he was cut by the Colts in 2018 and has been training to become a pro fighter ever since.

Fast forward to Saturday night when McCain made his MMA debut at Shawne Merriman‘s Lights Out Xtreme Fighting promotion in Burbank, CA … where he entered the cage wearing his old Chargers jersey. 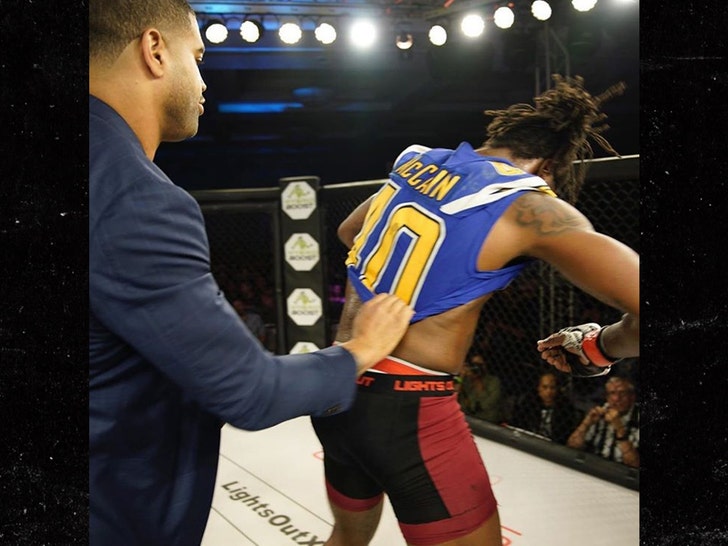 McCain fought Jamal Harris (0-2) and even though his opponent ain’t exactly Francis Ngannou … McCain showed real potential, ending the fight 38 seconds into the 2nd round.

The issue for McCain is his troubled legal past — back in October, he pled no contest to 2 counts of misdemeanor battery stemming from allegations he got violent with a woman in Jan. 2018.

As we previously reported, the woman claimed McCain grabbed her neck and spit on her during an altercation in Los Angeles. He was sentenced to community service and ordered to complete an anger management program.

Now, it’s clear McCain is hoping to follow in Greg Hardy‘s footsteps — hoping to get a fresh start in MMA while keeping his nose clean outside the cage.

McCain is getting support from some of his old NFL teammates — including Keenan Allen who attended the fight in person.

It’s unclear when McCain plans to fight again — but it’s obvious he wants to get back in the cage ASAP. He’ll need a few more wins before Dana White would ever consider signing him to a UFC contract.