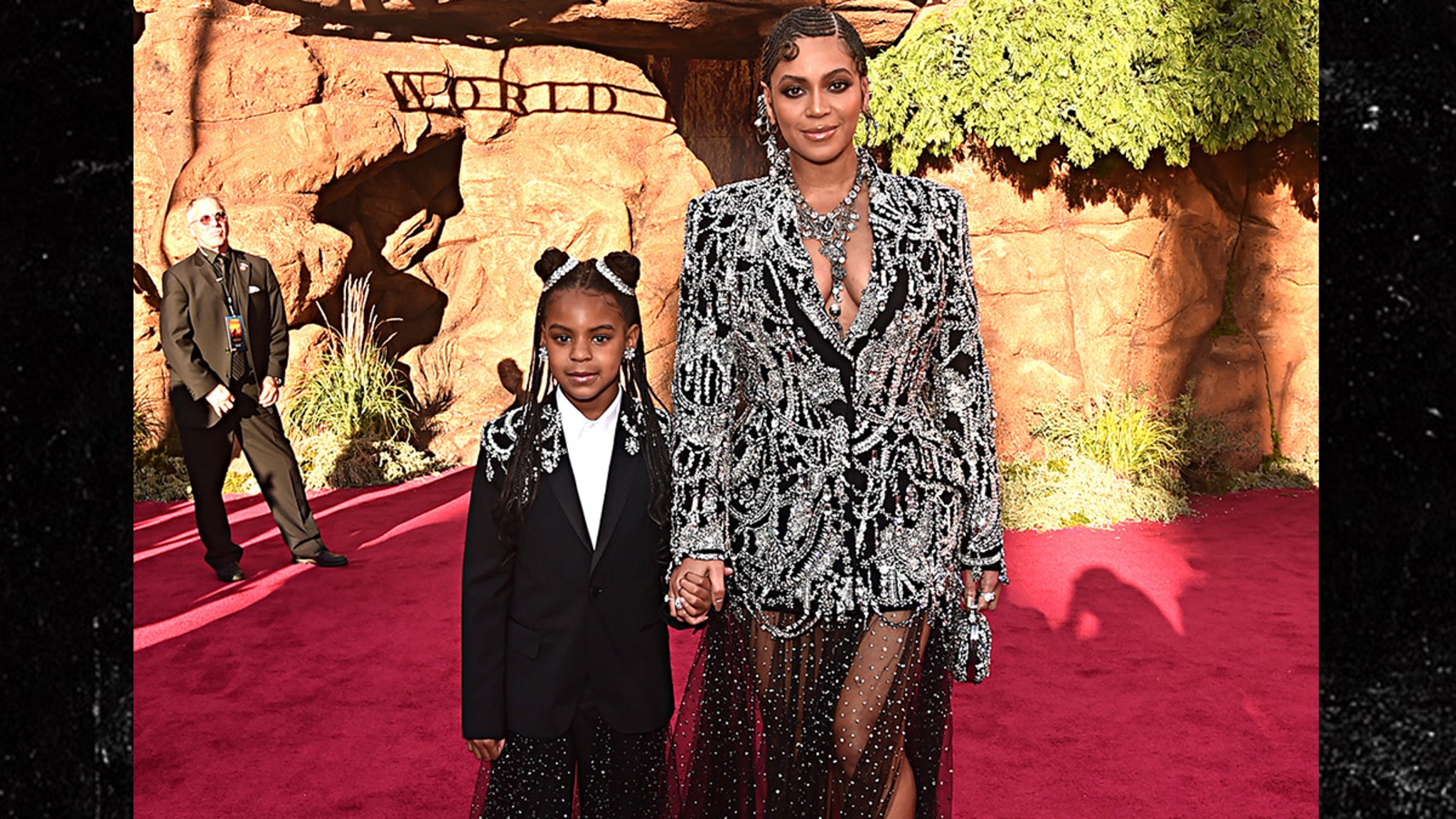 Beyonce and Blue Ivy were a spitting image of each other at the premiere of the new ‘Lion King’ movie — and they couldn’t have looked more like royalty if they tried.

Queen Bey and her cub rocked half suit jackets and half gowns on the red carpet Tuesday at the Dolby Theater in Hollywood, where the live-action Disney reboot was getting its West Coast debut. Mama lion was adorned in glittering chains that covered her upper half, while she led a flowing mesh train down low … with BI wearing a similar outfit.

Beyonce’s hairdo was something to behold as well — it looks like she went with an intricate braided look, with her hair parted on the left side and slightly curled toward the front.

Blue Ivy had her locks up in pigtails, which were wrapped in what looked a lot like diamond hair ties. It’s like they were reflecting Bey’s character in the flick — young and adult Nala.

A bunch of the cast was there too, including a dapper Donald Glover (Simba), Seth Rogen (Pumba), Billy Eichner (Timon) Keegan-Michael Key (Kamari) and other celebs who showed up just ’cause … Tiffany Haddish, Chrissy Metz, Jimmy Kimmel and Chance the Rapper.

As for what folks are saying about the movie … it’s apparently really, REALLY good (graphics-wise, anyway). Critics are calling it a spectacular visual feat like nothing Disney’s done.

Yeah, ya gotta catch this one on the big screen.