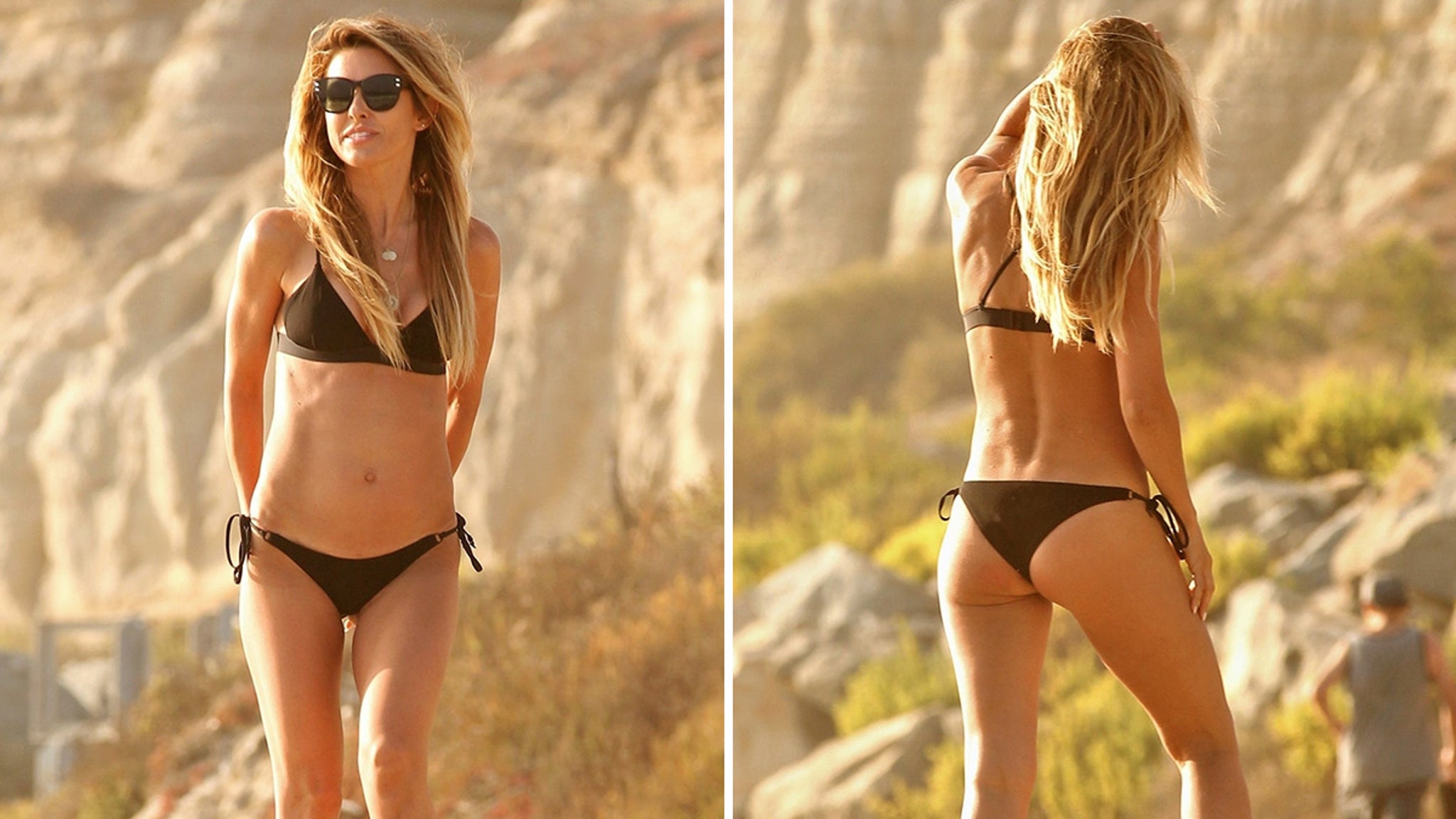 Audrina Patridge was all smiles showing off her bikini bod during a trip to paradise … a welcomed scenery change a week after experiencing hell.

Audrina threw on a black bikini and some shades Wednesday in Laguna Beach … enjoying the crashing waves and picturesque view of the sun beginning to set behind the Pacific blue. She sported a grin ear to ear and made good use of it … taking tons of selfies.

It’s a far cry from her stress-filled 4th of July when, for a moment, she couldn’t get in touch with her daughter, Kirra. TMZ broke the story … Audrina and her ex, Corey Bohan, were supposed to exchange custody that morning at the Costa Mesa Police Department … but Corey was a no-show.

Making matters worse … a strong earthquake struck SoCal that morning, causing more panic. They eventually met up hours later for the custody exchange. Kirra was fine, but a hectic day for sure.

Nothing like a little beachfront me-time to erase that memory.

Nipsey Hussle’s Alleged Killer Gets Jumped in Jail, Requiring Staples in Head
Julia Garner Sits Front Row at Drag Show and Gets Props for Madonna Role
The 35 best memoirs of 2022 (so far)
Kyrie Irving To Stay With Nets Amid Trade Request Rumors
Daddy’s Girl, Veruca, in Willy Wonka — ‘Memba Her?!