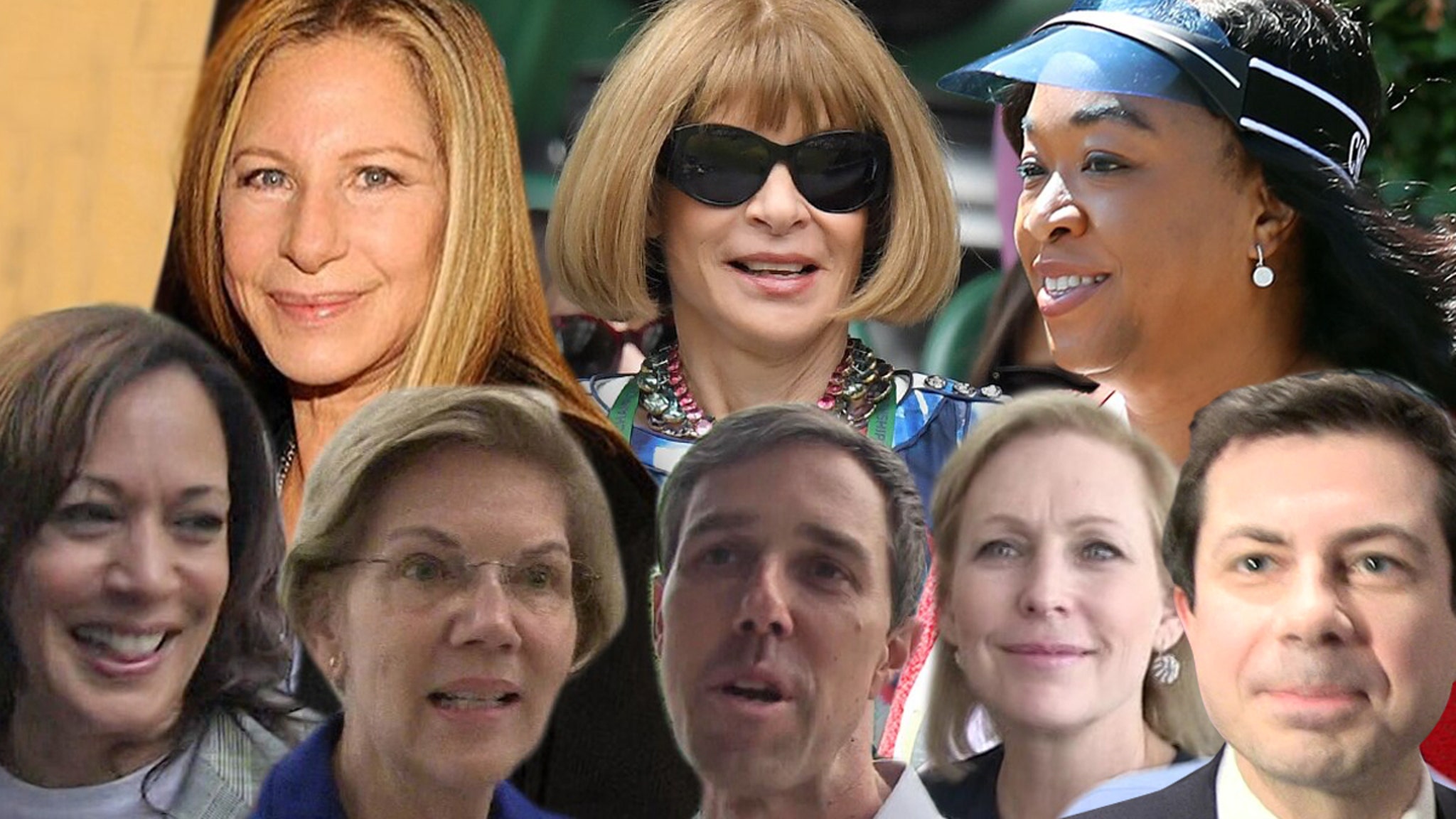 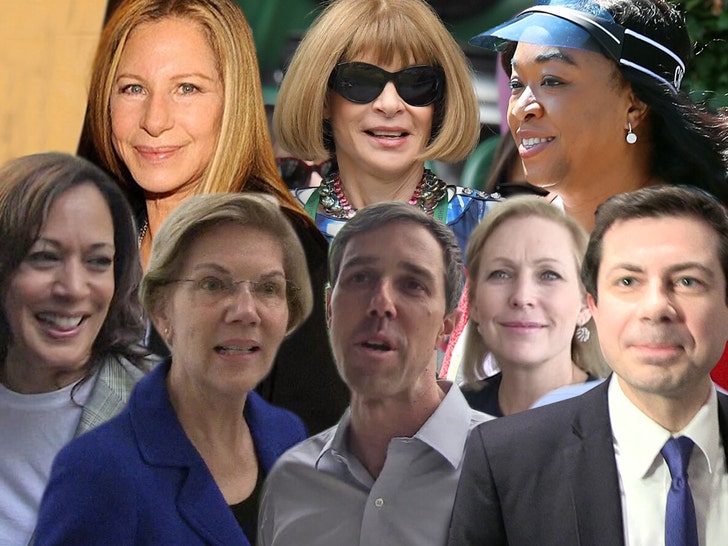 A bunch of big celebs like a bunch of Presidential candidates … so they’re funding a bunch of candidates with the hope one of them makes a move on January 20, 2021 … to 1600 Pennsylvania Ave.

We’ve done some digging and found the top several Democratic presidential candidates all have their share of celebrity backers, but a handful are sharing the love … or hedging their political bets.

For instance, according to filings by the 2019 Federal Election Commission … Barbra Streisand donated $1,000 each last quarter to the campaigns of Elizabeth Warren, Cory Booker, Amy Klobuchar, Beto O’Rourke, Kamala Harris and Pete Buttigieg.

The Katzenbergs — both Jeffrey and Marilyn — dropped $2,800 each (the max one-time donation) on those same 6 candidates … except substitute Kirsten Gillibrand for Klobuchar.

Anna Wintour‘s donated to at least 4 candidates, so far — $2,800 to Mayor Pete, Harris and Beto and a grand to Gillibrand.

Shonda Rhimes donated $2,800 to Booker and Warren last quarter, and the same amount to Harris and Gillibrand the quarter before that.

Bernie Sanders is noticeably absent from this list, but he’s received donations from stars like Shailene Woodley, Josh Hutcherson and Milla Jovovich … it’s just that none of them double-dipped with anyone else as far as we can tell. And, of course, he has the public support of Cardi B.

Thank you @iamcardib! Our fight for justice is far from over and we are not giving up. https://t.co/zxXdhj412P

As for Joe Biden … his donation numbers from last quarter aren’t in yet.

As we told you … Mayor Pete’s got a wide variety of celebs supporting him, as does Elizabeth Warren, and there’s still a lot of time for more of that sweet Hollywood money to pour in.