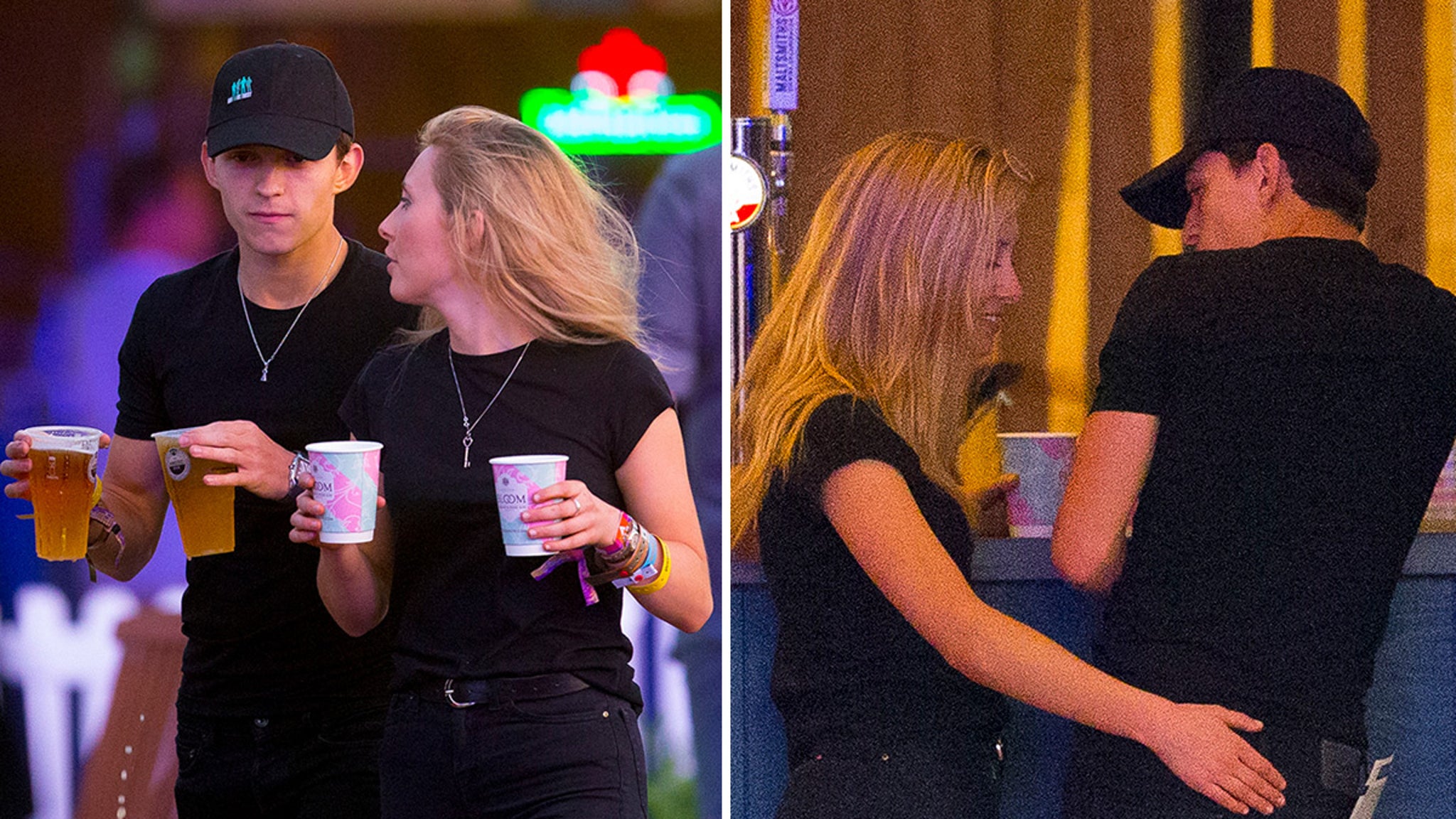 The real-life Peter Parker is staying true to the comics — cuddling up with a beautiful blonde who’s reminiscent of Spidey’s first love, and who’s also a big fan of beer!

“Spider-Man: Far From Home” star Tom Holland was spotted Sunday hanging out with a mystery chick at a Hyde Park music festival in London, where the pair could be seen double-fisting beers and what appeared to be water cups as they went off to watch music acts.

We’re told Tom and his lady friend were spotted watching The Black Eyed Peas and Robbie Williams at different points. Based on what we see here, things seem pretty romantic between ’em.

The woman is definitely rocking a Gwen Stacy vibe, and was pretty handsy with Tommy boy … putting her arm around his waist, and even giving him a pat on the booty. As they strolled along, they got closer and closer — practically linking arms.

Funny enough, Tom’s way more of a smooth operator here than he is on camera opposite Zendaya — who plays Mary Jane. As Petey P, Tom’s a goofy, awkward teen navigating love.

Whether it’s on-screen or real life … Spidey gets the girl!!!